CNN: American fighters were raised to intercept Russian aircraft in the sky over Syria 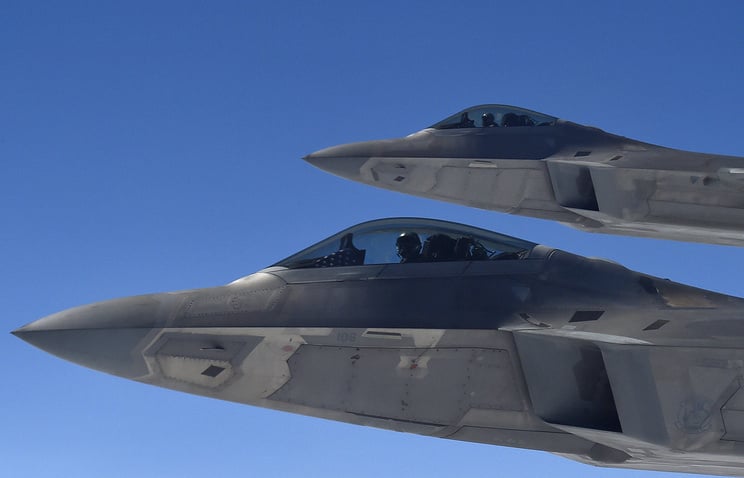 Two US Air Force F-22 fighters were raised to intercept two Russian combat aircraft in the sky over Syria near the Euphrates River. This was reported on Thursday by CNN, citing two US military representatives, reports TASS.

According to her, the incident occurred on Wednesday. According to CNN, Russian combat aircraft crossed the border of the de-escalation zone, and American fighters gave a few warning lights.

Incident Prevention and Safety Memorandum aviation during operations in Syria was concluded on October 20, 2015 between the defense ministries of Russia and the United States and entered into force on the same day. The conclusion of this agreement was caused by the need to take measures to minimize the risks of incidents between aircraft of the Russian Federation and the international coalition led by the United States over the territory of Syria.
Ctrl Enter
Noticed oshЫbku Highlight text and press. Ctrl + Enter
We are
Military Reviewin Yandex News
Military Reviewin Google News
158 comments
Information
Dear reader, to leave comments on the publication, you must sign in.