In Novorossiysk, the excavations began mass graves of the Second World War

December 15 2017
9
December 12 search engines NTSPR (Novorossiysk Center for Search Work) left for a place and camped in the village of Haiduk (subordinate to the administration of Novorossiysk). The very next day, the first finds appeared at the site of the alleged mass grave. At the moment, six skulls and a huge amount of crushed bones have been accurately identified. 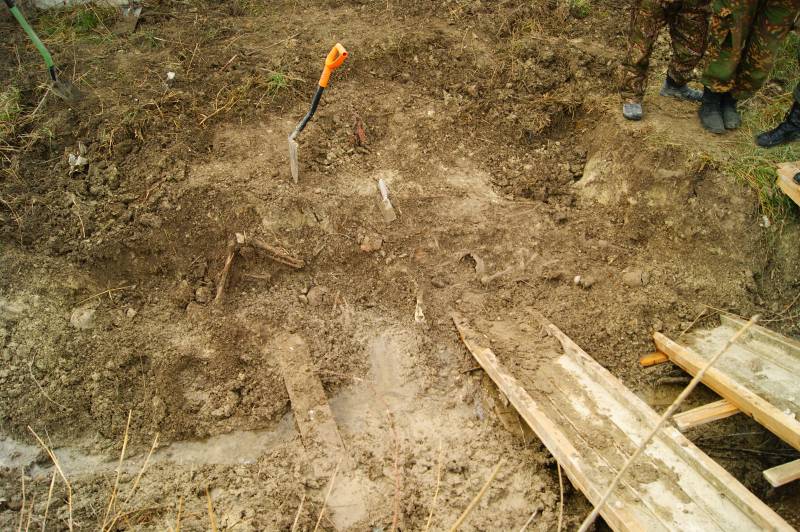 Bones in the excavation are clearly visible 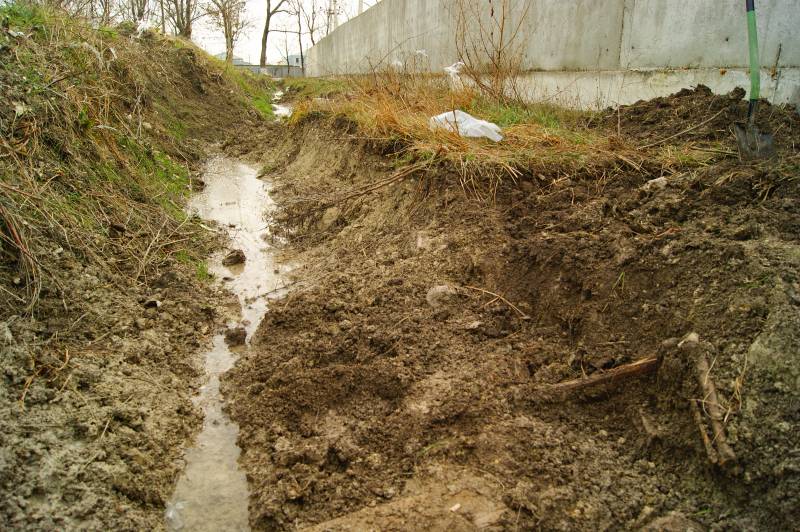 Given that the search engines were occupied by the camp for almost the entire first day, and the estimated expedition time was about 15 days, the six shot were found, this, alas, is only the beginning. After leaving the place, I myself had to make sure of it, and also find out history so sad find.

Some time ago, during the installation of a rainstorm, workers saw that human bones got right out of the ground. By this time, the NCPR search engines had already done a good job on the archive data and knew that supposedly there was a small concentration camp for the peaceful population of Novorossiysk in the Haiduk area. It was also known that since September 1942, the Nazis carried out mass executions, hiding bodies in the folds of the area or simply digging them into a ditch.

Therefore, having learned about the discovery, the search engines turned to the employees of the Ministry of Internal Affairs and the city administration to conduct an examination of the remains. Soon, an official act of approximate dating of the bones was obtained, which left no doubt that the victims of the Nazi atrocities of the war were buried in the excavated rain storm. 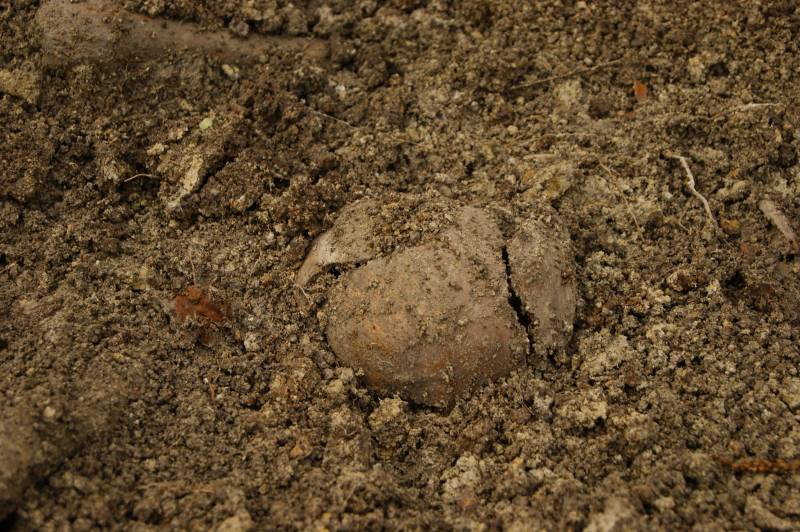 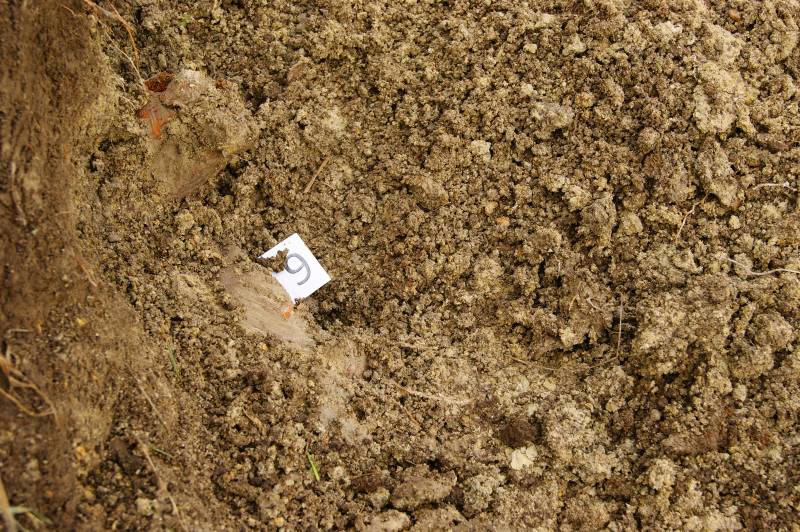 The picture in the upper left corner of the ground protrudes heel bone, and below part of the skull, which means - the corpses were piled one on another

According to archival data studied by NCPR, up to 1000 civilians may lie in this burial site or, at least, in this area. And the fact that it was the corpses of the civilian population in the ditch that was found became clear on the second day of the excavation due to the found feminine balaclava and other things. 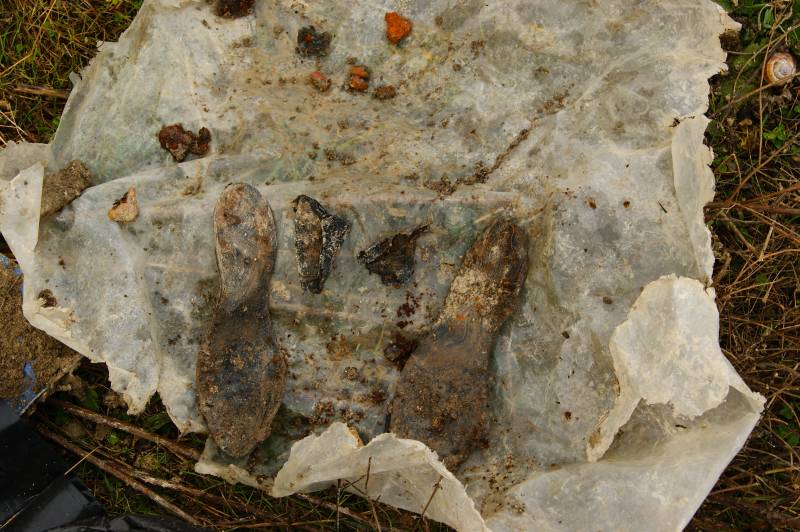 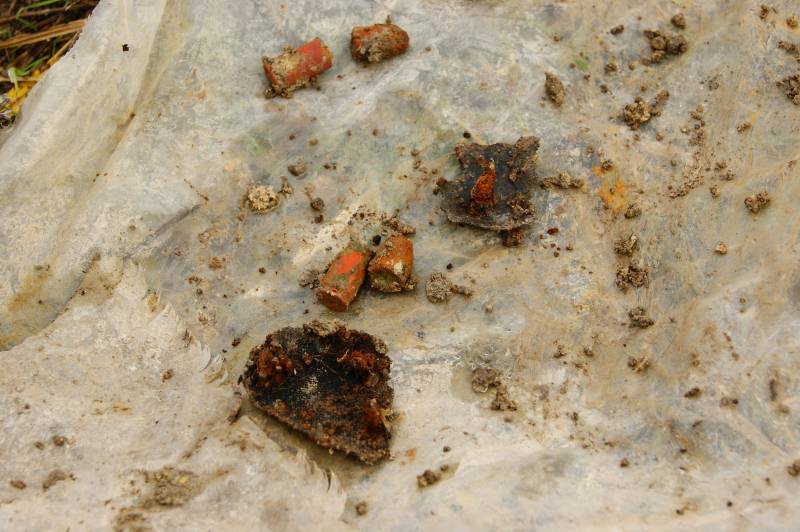 On the photo of bullets and shells 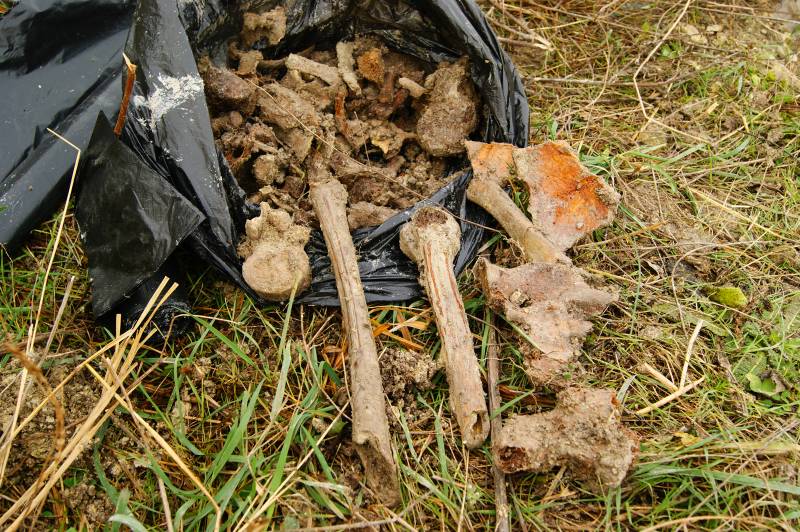 The excavation site is located right between private buildings next to a gravel road. And on what territory the burial area may be distributed is still unclear. Also, alas, often landowners prefer not to notice such things, because it costs money and time. 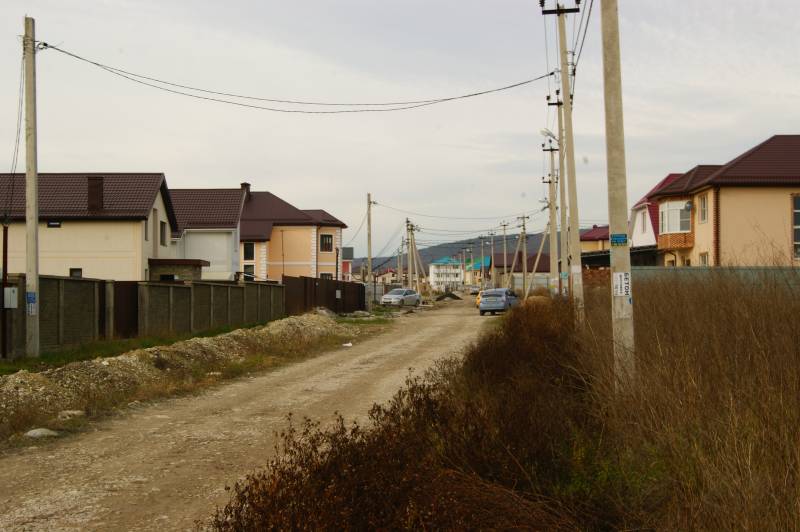 The street, which are excavated

With a question, for what reason the burial was not found even in the times of the USSR, I turned to the head of the NCPD, Dmitry Ninua:

“There are many burials on the territory of Novorossiysk and the district; some residents were shot by the Nazis right in the courtyards of their houses. The corpses were hidden in the gorges and moats, so they could only be detected when construction began on the spot. That is, when the city grew.

When I was asked where this tragic tomb road could begin from and where to end, the deputy Ninua Nikolai Melnik answered me:

- In fact, small and large firing moats can stretch directly from the Wolf Gate to the Tsemess Valley and city walls. All those whom we can find here, we will re-bury at the monument “The Unconquered” where the civilians shot by the Nazis are buried.

At the moment, search engines are provided with all the necessary commandant of the city and the city administration allocated tents and field kitchen. Feasible help not indifferent entrepreneurs. They work on site until 26 search engines work, as usual, on enthusiasm, i.e. free of charge, but they still do not need help, as they say. 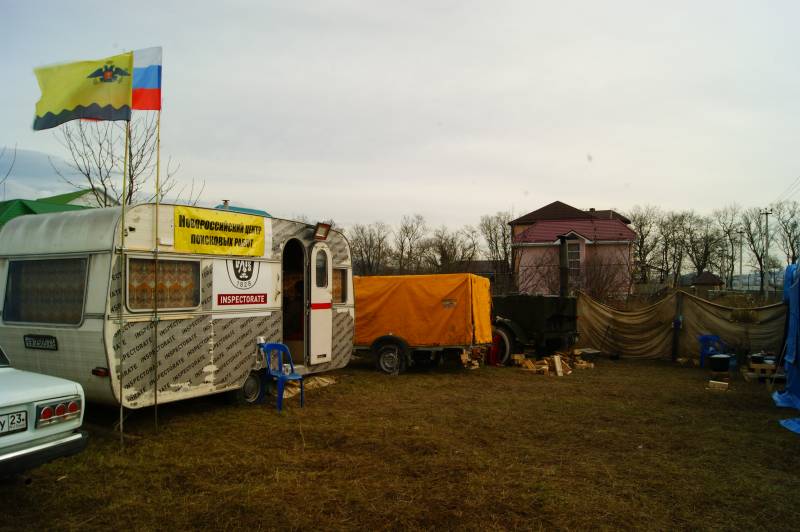 During the week we can expect new news, as well as documents on the atrocities of Nazism in Novorossiysk. After all, this issue is practically not raised in the media, but it is worth remembering that our troops entered the completely devastated city.

Ctrl Enter
Noticed oshЫbku Highlight text and press. Ctrl + Enter
We are
Reports from the militia of New Russia for 27-28 September 2014 of the yearResults of anti-terrorist work on Dagestan in April 2014
Military Reviewin Yandex News
Military Reviewin Google News
9 comments
Information
Dear reader, to leave comments on the publication, you must to register.