December 15 2017
37
On Monday, a long-awaited event happened: all the freight and passenger trains of the Russian Railways, following in the direction of Moscow-Rostov-on-Don and back, went around Ukraine through the new railway line Zhuravka-Millerovo, 137 kilometers in length. This road is laid on the territory of the Voronezh and Rostov regions at a distance of 25 kilometers from the Ukrainian border. Previously, Russian trains crossed it twice, passing in transit through a short haul "Gartmashevka - Zorinovka" in the Luhansk region. 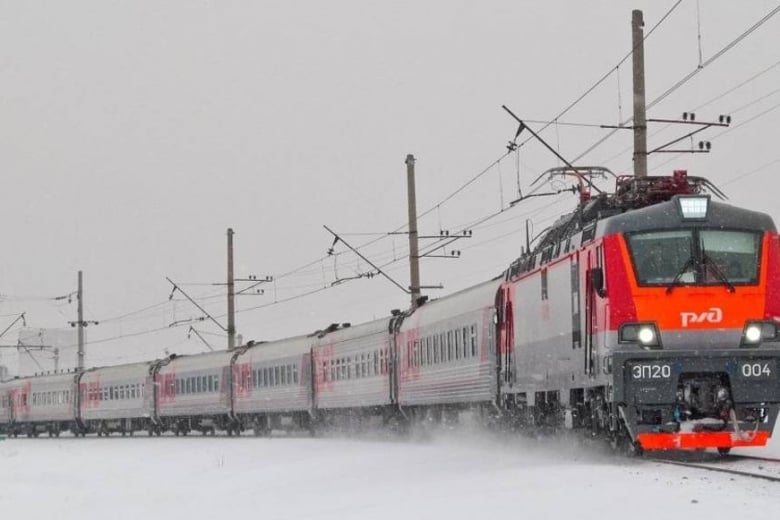 Kiev experts did not appreciate all the losses

Movement on the new highway opened in early autumn. In September, cargo trains started up on it. On that memorable day, Defense Minister Sergei Shoigu presented the 39 Brigade of Railway Troops, which carried out the main work on the construction of the road, the Order of Zhukov. Now the highway is finally put into full operation mode. The 120 passenger and 30 freight trains travel daily.

Commenting on the event, the Russian media noted that the railway built around Ukraine would “strengthen Russia's independence and ensure traffic safety.” In addition, savings are expected on the payment of Ukrainian transit and servicing of the Gartmashevka-Zorinovka segment, leased by Russia at the beginning of the 1990-s for 49 years. This is more than $ 100 million per year.

“Chu,” said Ukrainian analysts, more like accomplices of the Kiev regime than responsible experts, “this stage has long been in a withered condition.” Then they admitted that "the loss of even a small amount of payment for transit, which is about 70 million dollars, of course, is undesirable."

The general opinion of the Kiev expert community in an interview with Deutsche Welle was expressed by the head of the Ukrainian Analytical Center, Alexander Okhrimenko. “Before the start of the Russian-Ukrainian conflict, coal mined in the Donbass and the Rostov Region was transported here,” the analyst explained. - Since 2014, freight traffic has declined sharply here, but some entrepreneurs continued to transport. The site was not the most important, its specificity was that the goods partially went through the territory of Ukraine, and now the Russians will go around it. ”

In a word, "but we do not mind." This external indifference, perhaps inspired by the general, rather deplorable, condition of the Ukrainian roads, united under the control of the main state-owned railway operator, Ukrzaliznytsy. According to official data, today 27 percent of the total length of the main routes of Ukraine is operated with overdue major repairs.

The unsightly picture is complemented by the acute shortage of railway equipment and its poor condition. “Ukrzaliznytsia” recognizes, for example, that the depreciation of the fleet of main electric locomotives and diesel locomotives, electric and diesel trains, freight and passenger cars exceeds 80 percent.

Against this bleak background, the loss of income from a short peripheral haul can, as Okhrimenko said, not be considered a “huge tragedy.” Meanwhile, on the website of the Ministry of Infrastructure of Ukraine it is reported that the railway transport in the country provides 82 percent of freight traffic and up to 50 percent - passenger traffic.

In the light of these data, it is clear what an important role Ukrzaliznytsia plays in the economy of Ukraine. At the same time, the company associates its future with the service of transit cargo from Asia to Europe and vice versa. The optimism of the Ukrainian railway workers was caused by the Chinese project “New Silk Road”. Because other directions so far disappointing.

In the post-Mayd period, transit freight traffic through Ukraine dropped sharply. For example, last year, the country’s transit proceeded by 30 for less percent of cargo than in 2015. Former Minister of Transport and Communications of Ukraine Yevgeny Chervonenko estimated the losses from the reduction of transit in almost 2 billion dollars.

Russia will extend the highway along the Ukrainian border

Kiev considers its plans to participate in the “New Silk Road” as a kind of compensation for the losses committed in the Russian direction. However, on the way of these plans at least two obstacles. One of them is the attitude of the Chinese themselves to Ukraine. A delegation from Beijing, led by Deputy Prime Minister Ma Kai, visited Kiev the other day.

In the local media began to excitedly discuss the prospects for Ukrainian participation in Chinese transit projects. They drew transport corridors along which goods from the Middle Kingdom can proceed through Ukraine to Europe. Only here Ma Kai arrived on a completely different occasion - for money.

The Ukrainian side had to ship 2014 of the year to the agreed amount of grain by the end of October, and the rest in a month. Cautious Chinese transferred to Ukrainians only the first tranche of 1,6 billion dollars. And they were right. By November, Ukraine delivered only 65 thousand tons of corn to China and did not bother with more grain supplies.

The government of Arseniy Yatsenyuk had another topic. It liquidated GPZKU and collected funds that were with him at their own expense. Under these conditions, the Chinese did not pay the second tranche of the loan and demanded the remainder of the first tranche back. Volodymyr Groysman, who replaced Yatsenyuk as head of the government, acknowledged Ukraine’s debt to China, but explained to Chinese partners that the repayment of the loan “is not among the priority issues of the country's leadership.” Today, the priority of the Kiev authorities "war with the Russian aggressor."

The Chinese did not agree with Groisman’s explanation. They sent Deputy Prime Minister Ma Kai to Kiev to resolve the dispute that arose in pretrial order. Did not work out. Now it became known that China sent a lawsuit against Ukraine to the London International Arbitration Court. Beijing wants to get their money back, plus 6 percent per annum of the amount of the tranche for using other people's money and legal fees.

After such a scandal, Ukraine can hardly count on the status of a reliable partner in Chinese transit projects. Moreover, the eastern transport corridors for it seem to be completely closed. Railways announced its future plans in this direction.

It is planned to continue the construction of the road from Zhuravka station to Prokhorovka, that is, to create a cut-off road along the Ukrainian border. Moreover, by 2025, a high-speed railway line will be created along the eastern border of Ukraine (direction Voronezh - Liski - Rostov-on-Don). It will connect the central part of Russia with its Black Sea coast.

A similar project was painted in the imagination of the Ukrainian media. They saw the transportation of Chinese goods bypassing Russia along the so-called Trans-Caspian International Transport Route (TMTM). His Ukrainians are romantically called "Silk Wind."

Romance was seen in the double sea transshipment (through the Caspian and Black Sea) of Chinese cargoes on the route China - Kazakhstan - Azerbaijan - sea ports of Georgia. Further, according to the Kiev romantics, the cargo should go to Ukraine, and from it through Belarus to the Lithuanian port of Klaipeda in the Baltic.

Serious experts initially doubted the feasibility of such a route due to the high cost of sea transshipment. Now added to this is the unreliability of Ukraine, as a trading partner, and Russia's competitive plans with options for its transport routes. They made Kiev nervous.

Ukrainian Infrastructure Minister Volodymyr Omelyan on the air of the 112. Ukraine "said that" Ukrzaliznytsya "from 2018, the year may stop railway communication with Russia. The final decision has not yet been made. The question is being worked out by the state operator of the Ukrainian railways - Ukrzaliznytsia.

The minister directly linked the possible reduction of communication with Russia with the launch of a railway bypassing Ukraine. This is not the first such threat. Commentators recalled that in May of this year, Kiev had already announced that it had stopped railway communication from July 1 due to passenger traffic in Russia in the zone of the notorious Anti-terrorist operation.

Kiev's anger caused the Taganrog-Donetsk train to “violate the sovereignty and territorial integrity of Ukraine”. Then they counted the passenger traffic to Russia, the money transfers of the Ukrainian workers to their families to Ukraine, and quietly silenced the topic until the launch of the new border line.

Most likely, the current threats will also remain without consequences. Say what you like, and the termination of communication with Russia will turn Ukraine into a railway deadlock in Europe. This impasse will prove to be transport, economic, political, and somewhat moral. It is not by chance that Minister Omelyan shifted the final decision to Ukrzaliznytsya. In the offices of the Kiev authorities are not yet ready to take responsibility for the complete transport gap with Russia.

Ctrl Enter
Noticed oshЫbku Highlight text and press. Ctrl + Enter
We are
The start of operation of the Baku-Tbilisi-Kars railway does not make local optimists happyOpen the working movement of trains on the branch bypassing Ukraine
37 comments
Information
Dear reader, to leave comments on the publication, you must to register.