Glam and thrash are the main political trends of today 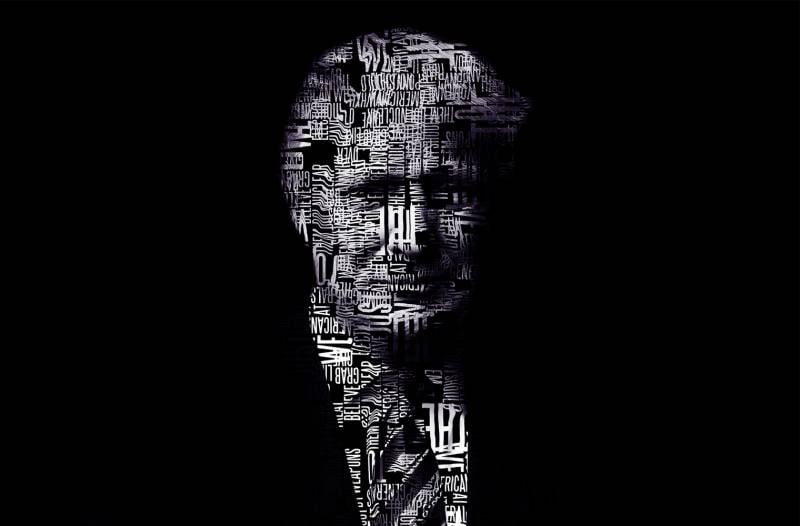 Politics is a reflection of the processes that change the world and it changes with it. What trends are important to bet on today, so that our political system meets the challenges of the future and at the same time maintains an adequate perception of current processes? We sought answers in the continuation of our conversation about glam capitalism with Dmitry Ivanov, doctor of sociology, professor at St. Petersburg State University.

What has changed in politics in recent decades?

There was a decline of mass democracy, which leads to the question of political mobilization, the involvement of voters in the process of legitimizing power.

In Russia, on the one hand, democracy is perceived as an absolute necessity, and, on the other, citizens are not particularly interested in participating, and they need to be lured.

This is where virtualization technologies work, aimed at creating an image - an image that has little to do with a real person, a real career as a candidate and parties.

Parties are now image PR projects, they no longer have any permanent ideology, a set of slogans varies from election to election, and the mass of party members is only part of the image. Since there are many membership cards, this creates the appearance of a large and influential organization. The most important thing in this organization is the creative team and access to communication channels.

In the West, contracting for PR campaigns and advertising agencies is practiced, since professionals are needed. Those who know how to advertise beer and underwear, and cope with the image of the deputy. We still have this shy, but in fact, will have to work as well.

In this connection, is the example of the US presidential election indicative?

Trump is the perfect embodiment of all political trends. This is a billionaire who is not burdened with a beautiful, flawless biography, a person with a bad reputation and bad manners. He works on the principles of “glamor” and “trash” at the same time and therefore he won the candidate who acted in traditional political schemes.

This victory showed that the previous logic is no longer working, and Trump and his team are groping for some new logic. Its essence is that the motives of separation begin to be used. Instead of promising everyone everything different at the same time, and not noticing, glossing over splits in society, on the contrary, they are betting on conflict.

Including because the absolute majority is unattainable, the relative majority wins. The statistics are simple, Trump won, typing less in the country than Clinton. This is the American specificity, it is important to win there by states. The point is that about half of the voters participated in the elections, and another half of this half - that is, 25%, legitimized the supreme ruler.

In Russia, the last election was 65% of voters, of which 63% voted for Putin. We make arithmetic calculations, and we understand that the order of 40% has legitimized this power with its own hands and feet, and the majority are either “against” or indifferent.

Therefore, trying to construct a total mass, an absolute majority, becomes meaningless. It is necessary to achieve the support of an active, and, if possible in its activity, aggressive minority. This aggressive minority will fill its communications channels, create a virtual reality, the image of mass and victory.

Therefore, conflicts are no longer displayed somewhere in the background, but rather become the center of an election campaign.

And what is the conflict in Russia?

We have two factions in the ruling elite. One proconservative. Its representatives are trying to find some symbolic foundations, call them clips, trying to freeze the situation. Grounds are sought in the past, respectively, they also need to conflict with the West, and this requires a strong economy and a strong army. And then we get this pre-Petrine Muscovy of the middle of the 17 century. Or you need to develop, and then you need to act as you want and what the modernization faction calls for. There is an irreconcilable ideological conflict between these factions, even if they do not publicly recognize this.

If our economy continues to stagnate, and the likelihood is that this will be the case, the conflict between the factions will aggravate and the question is which of them is mobilizing what dissatisfied part of the electorate, and what trash political technologies will be decided and dared.

Relatively speaking, either a conservative faction will push Putin to the counter-revolution. Either the modernization elite will raise it to the revolution from above. Or they will be in the clinch for a long time, and then some kind of revolution will come from the side.

How have the media changed under the glam capitalism?

They are no longer mass media. Now we have many channels for delivering information to its consumer. Target audiences fragmented, there is no longer a single mass of readers, viewers. Each microgroup prefers its communication channels.

This is very clearly seen in the gaps of generations: the elderly still read newspapers, and directly, childishly perceive television programs. And young people watch television less and in a different mode. They may be interested in some programs, but they will not hang around the TV to wait for the desired broadcast, to be part of such a hierarchical communication, controlled by the broadcaster. They will download and watch on the web page of the channel they need when they are interested.

In addition, they actively use social networks in the Web 2.0 mode - a speech about a platform provided by professionals, programmers and web designers. But at the same time, without even noticing it, they begin to develop the 3.0 Web technology., Which assumes that users themselves generate the platform and fill the platform with content themselves.

The 3.0 web is self-made resources. For example, with the help of the tools provided, you can make your own website or mobile application without programming and web design skills. There are also instant messengers, chat platforms, when you can create your own private networks, small and private.

As a result, non-mass media emerge, the strategic role of which will soon be more important than traditional mass channels. So, in the future, it is necessary not to control the mainstream media, but create your own network of microchannels to micro audiences, which will be larger than your competitors.

Obama and Trump's victories are partly explained by the fact that they have created a network of such microchannels, more intense, more branched, and more active than their competitors.

How will the media evolve in augmented reality?

New media are not people on the other side of the screen, somewhere in virtual reality, but people like you who are in the same space with you. Virtual reality simply “flows” into your life.

I would cynically say that now the most powerful and powerful resource that can be used is 12-year-olds who really want to be bloggers and start their own YouTube channels. It is clear that, in most cases, there is nothing to watch, but they have something to show.

For this target audience of content producers, media companies need to work. If you look at what toys and spinners do with them, then you will see that these are quite strong streams that can be used for both advertising and long-term political purposes.

There is a new generation, there is a generation gap, and this opens up the prospect of further development of the media.

In augmented reality, events in the physical, in real space will also be in demand. Media will either have their own creative space, where people can come and do something, or constantly hold festivals. For example, there is already a “VKontakte Festival”, which is held annually, when people gather on the lawn, do something together, communicate live, and this is a giant social network with millions of subscribers.

What are the main risks for the development of Russia in the coming 10 years?

The main risk lies in a stagnant economy and closing politics and culture. The leaders of the proconservative faction think that they are blocking external threats, but in fact they are being closed from development and from themselves.

It would be possible to draw an analogy with the Islamic Republic of Iran, but we are not, our culture is atheistic, and all attempts to present Orthodoxy as a kind of spiritual basis is a continuation of virtualization, which is manifested in the responses of people to sociologists, but not in real actions.

The second serious threat is the competition of those countries that claim leadership. Russia is trapped between the US and the EU, and China. So far, Russia has a nuclear weapon, not aerospace forces, special forces and "polite people", but the nuclear triad, the country can withstand these external threats.

But this triad naturally ages morally and physically. The military-industrial complex does not do well even with the task of maintaining the defense potential at the same level, the potential for a retaliatory strike.

Therefore, the only way is development. However, technological development, as it is proclaimed, is hardly possible on a broad front - there simply will not be enough resources and strength, and there is no where to get these resources.

But breakthroughs in small areas are possible by creating clusters and incorporating them into transnational networks. At the same time, it is possible for a part of the population and the elite to maintain the image of spirituality.

I will clarify why the conservative path may lead to a revolution?

Because we do not have that overwhelming majority who would like to live conservatively. People want to live in a modern society, they want to be consumers, they want to be tourists, they want comfort and pleasure. They are satisfied only with image traditionalism and conservatism. And the imposition of a real conservative lifestyle on them is unlikely to mobilize them again. If the economy continues to stagnate, then they will gradually turn into what the proletarians were in the city of Petrograd, in the 1917 year. That is, hungry and disgruntled people. Only this hunger will be connected not with the lack of bread, but with the lack of post-industrial and already post-virtual benefits that consumers are guided by as a standard.

In a conservative way, it is impossible to provide them. The Soviet Union was destroyed by the shortage of butter and sausage to a greater extent than the American imperialists, spies, disruptive radio stations and dissidents. No major role they played. The Soviet Union, the communist regime was destroyed by a faction within the ruling elite, which relied on the protest of the hungry masses, and they did not starve like in 17, but wanted to saturate the needs of a slightly higher level. This path is possible for Russia again.

What system opportunities exist for Russia?

In 1993, in the country tanks crushed the pro-conservative opposition. Now they are trying morally with the help of propaganda to strangle and squeeze out a liberal position. The systemic opportunity is not to push the factions together with their foreheads, but to distribute each segment of their work and be managers - mediators between these segments. Such a segregation for development, a strategy based on fragmentation and diversity. It is necessary to create an augmented reality in which both vectors of the country's development will strengthen each other. But this can only be done on a pragmatic, not ideological basis. And this is a serious managerial challenge for Russia.

Ctrl Enter
Noticed oshЫbku Highlight text and press. Ctrl + Enter
We are
The world we leave, the world we enter, and the world between themA great interview with Sergey Lavrov: about Ukraine, Obama and Iran
Military Reviewin Yandex News
Military Reviewin Google News
26 comments
Information
Dear reader, to leave comments on the publication, you must sign in.