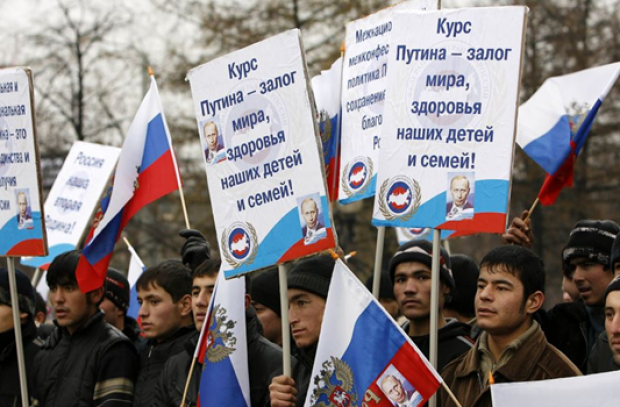 Russia celebrates the Constitution Day, in which the Russian people are never mentioned. Why is the “legalization” of Russians in the Russian Federation considered dangerous?

The holiday with tears in his eyes is not only Victory Day, but also the Constitution Day of the state, created in 1991 in the contours of the former RSFSR. Did you know that the main law of our country does not exist, was not and, apparently, there will be no mention of the Russian people?

For the word “Russian” they did not find a synonym only in Article No. 68 of the Constitution of the Russian Federation, where, nevertheless, it is indicated that Russian is the official language in our country. Although invited linguists and philologists could "work" here, finding an alternative and wiping out all Russian at all.

Otherwise, in the system of coordinates proposed by the Constitution and other laws of Russia, the Russian people as such do not exist.

Russian national identity is outside the constitutional law field, and the Russian people, de jure, are deprived of legal subjectivity.

Surely, in these seconds in the souls of many who read, “righteous indignation” will stir up! Say, razuy, author, eyes and look more closely. Our Constitution explicitly states that the country of which you are a citizen is utterly multinational, and every nation that inhabits it has absolutely equal rights.

And here and there!

To begin with, the subjects of the Russian Federation, a priori, are not equal in rights. Among them are regions officially endowed with the status of a republic (read: the state) within the Russian Federation (the Republic of Tatarstan, for example, Ingushetia or the small homeland of Defense Minister Sergei Shoigu - the Republic of Tyva), and ordinary territories and regions (for example, Vologda Region, my own) .

The constitution of the Vologda, Tver or Smolensk regions, we will not find. In the Republic of Tatarstan, however, no one hesitates to emphasize that "the Constitution expresses the will of the Tatar people ...".

How, I ask, so? Our Tatars in the basic law of their “small state”, which is part of Russia, declared that they had the right to national identification and proclaimed it. And we?

The deepest delusion would be that Russians are afraid somewhere in the “far West”, in “fraternal Ukraine” or even in no less “fraternal Belorussia”, where, for supporting the ideas of the Russian world from which this “country” feeds, the pro-Russian authors of the IA Regnum will be brought to court.

Starting from 1990, instead of the word Russian, we are offered to use the word "Russian" - Yeltsin's non-national neologism, which even now hoist the banners of the Russophobes. Being Russian, proud of its "Russianness" is dangerous. You can earn a two-piece, or even more for trying to kindle ethnic strife.

But let's argue, since all of us are equal in rights, and the Tatar people are state-forming in a single subject, why not make an attempt to make the Russian people state-making in the Russian Federation? And were there such attempts in stories modern Russia?

The answer is yes. The idea to propose this initiative came from the director Vladimir Bortko, who is known to be a member of the Communist Party of the Russian Federation and a deputy of the State Duma since 2011.

In November, 2012, a man who shot the series “The Master and Margarita” and the feature film “The Heart of a Dog”, proposed the head of state to amend the Russian Constitution. Namely, replace the phrase “the multinational people of Russia” with the words “the Russian people and the peoples of the Russian Federation”.

You ask: why? Why breed bureaucracy and change the basic law of the country, spending money on a single copy of the Constitution because of one phrase?

The benefit from the very fact of mentioning the Russian people in the basic law of the country would be a hundred times more than from reincarnating the police into the police, which did not become worse or better.

Firstly, the state would recognize that it is the Russian people who are the founders of our state. Sorry, but no matter how multinational we are, it is. Secondly, the Russians would be recognized as the subject of the constitutional legal system of coordinates of their country. How, again, our brother Tatars in Kazan.

And finally, the most important thing. The stay of the Russians would be legal on their lands. After all, Chechens, Ingushes, Bashkirs and Udmurts have their own territories in Russia. In Russian - alas! - not.

So far, the stay of Russians on their territory is similar to living in an apartment without a residence permit.

- And how much will Allah allow.

Funny I do not. The question is serious. And we are not in the Comedy Club, where for a harmless joke about a girl from Ingushetia who works in an escort service, today, tearfully, the general director Andrei Levin, who promised (I quote), “made the maximum to smooth his mistake comfortably apologized” ".

And for what to apologize? Ingush girls do not come to Moscow to earn money? Among them, there is no one who works in the escort? Or did someone apologize in the same “tearful rhetoric” for the murder of a Russian teacher together with her children ten years ago in Ingushetia?

Everything is “correct” and “logical”! This Russian Vanka can be exposed as long as a drunkard and a dirty guy, a drug addict and a fool in the same "Comedy Club"! And then, for decades, pay tribute to the murdered journalist who stood up for the separatists' victory and, as a result, fell at their own hands, writing a number of reports that she liked in the West about how the Russian military traveled for vodka to tank. This Russian name "Natasha" has long been synonymous with the profession of "women with low social responsibility."

We are Russian! Great nation! We endure for a long time. “We don’t need to apologize to us.”

Repeatedly, it was possible to observe how “guests of the capital”, in general, more than legally indicated to the indigenous people of Moscow in their place.

- Moscow was not built by Muscovites. And they did not create the Russians, ”says the hero of this video.

- And who created it? - the correspondent is interested in it.

Well, what is there to add?

Let's compare the laws of Russia and any other country. The same Belarus, where Article 14 of the Law “On Citizenship of the Republic of Belarus” clearly states that the state provides an opportunity for “Belarusians, as well as individuals who identify themselves as Belarusians, and their descendants (blood relatives in a straight line: children, grandchildren, great-grandchildren ), born outside the modern territory of the Republic of Belarus, the possibility of simplified citizenship.

The situation is the same in Poland, where an ethnic Pole will be met with open arms. And my student Katya with the Russian surname “Zubova”, having found David's great-great-grandfather in her family tree, was granted Israeli citizenship almost upon arrival at the airport.

Hey, Russians! How many of you are scattered around the world? Where are you? What can you claim? I hasten to disappoint! Events related to the abolition of decisions on the citizenship of people who turned out to be terrorists and blew up the St. Petersburg metro in the spring of this year show that non-Russians with a thick wallet are much more likely to have a “red passport” than a Russian who wants to live in Russia only because he is Russian.

I also do not even know why a person who is a Bashkir by nationality and who acquired a passport of another country as a result of the collapse of the Soviet Union cannot claim Russian citizenship?

My good friend, a citizen of Kyrgyzstan from Bishkek, who has Russian roots from his mother, has been paving the way for Russian migration services for many years. A Russian is compelled to prove that he is Russian only because his parents were born in other countries that formerly belonged to the great USSR ”- his Russian mother is from Turkmenistan, his father was born in the territory of the RSFSR. But so it happened life, he himself orphanage! Data is lost. Therefore, the bureaucratic army kicks him here and there: "Look for the" wind in the field ", we are waiting for concrete evidence that your relatives are involved in Russia."

So Galina Pavlovna, the mother of my friend, is not involved? And Dzhumshut Bulatbekovich, who collected money for the purchase of a Russian passport in the “most simplified manner”, is involved in all his fibers that do not understand Russian soul? 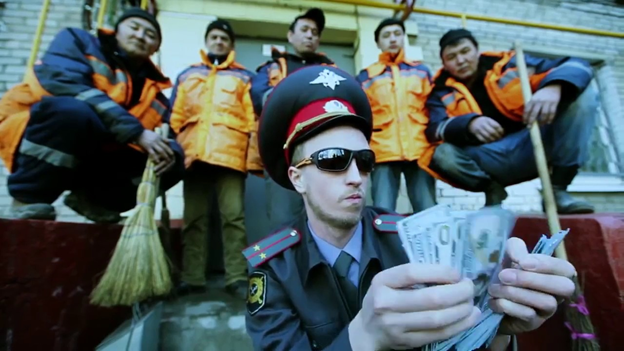 And what about the proposal of the director Vladimir Bortko to give the Russian people well, at least some - let it be purely symbolic! - status? Has it gained understanding from those in power? Alas.

"Is it dangerous. We don’t need this, ”the Russian President 5 answered the question of Vladimir Bortko years ago. According to the head of state, the introduction of such an amendment will make part of the population of the country a “second-rate” person.

But while the role of the Russian people in the main law of the country is not defined, I feel myself a second-rate man, as well as Vladimir Bortko and, I am sure, many of those “phantom Russians” in Russia and around the world.

Their feat is known, their status and rights are not defined.

And, unfortunately, they are not expected anywhere. 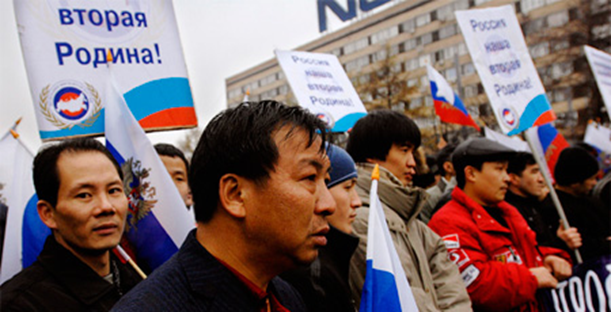 Ctrl Enter
Noticed oshЫbku Highlight text and press. Ctrl + Enter
We are
About Stalin and KhrushchevWhat you didn't want to know about England
142 comments
Information
Dear reader, to leave comments on the publication, you must to register.