US completes delivery of F-16 to the Indonesian Air Force

December 14 2017
4
On Tuesday, the Indonesian Air Force Air Base "Iswahyudi" arrived with a batch of four F-16C Fighting Falcon fighter jets, acquired from the US Air Force as part of the agreement signed in 2012, TSAMTO. 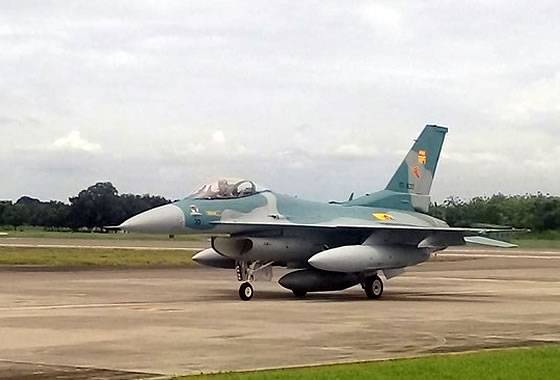 It is noteworthy that the press service of the US Air Force Hill Hill on December 6 announced the completion of the restoration and modernization of the last six F-16C Fighting Falcon fighters destined for Indonesia. However, not all airplanes “withstood” the five-day ferry flight — two of them due to engine problems remained at the Guam airbase and will arrive in Indonesia later.

In 2012, the Indonesian government allocated about $ 670 million for the removal of X-NUMX F-24C / D X. NUMX X-units from storage, their restoration and modernization. The first 16 fighter was transferred to Indonesia in July 25.

Earlier it was reported that the 24-upgraded F-16C / D will go into service with the 3 and 16-th fighter squadrons of the Indonesian Air Force deployed on the Iswahyudi (Madiun) and Roesmin Nuryadin (Pekanbaru) air bases.

Ctrl Enter
Noticed oshЫbku Highlight text and press. Ctrl + Enter
We are
Russia firmly occupies a place in the global arms market 2 and will maintain its position in the foreseeable future.
Military Reviewin Yandex News
Military Reviewin Google News
4 comments
Information
Dear reader, to leave comments on the publication, you must to register.