December 14 2017
27
The United States Marines adopted new ammunition. According to thefirearmblog.com portal, the command of the US Marine Corps has officially adopted the cartridges, which the American army has been successfully using for several years.


Today, the Marine Corps uses M5,56 cartridges used by the NATO armies in 855 for their 1977 caliber mm rifles. In this case, the US Army began the transition to the new M855A1 cartridges back in the 2010 year. Initially, the US Marines refused to use new cartridges due to the problems of using them with the M27 rifle shops (HK416), but now the Marine Corps has adopted new stores and it was announced that from 2018, the M855A1 will become the marines' main patron. 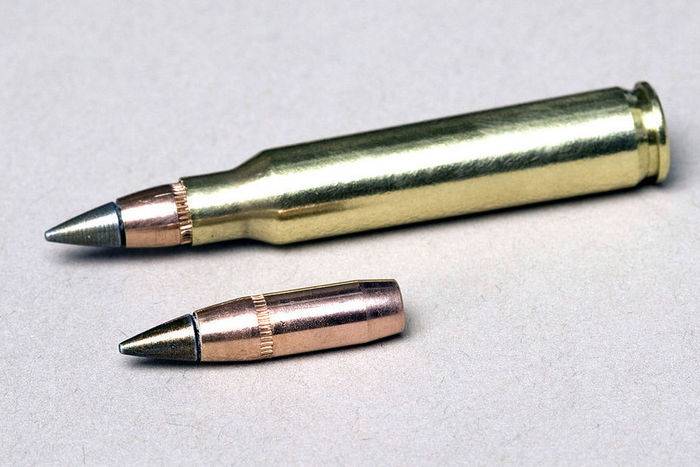 For the first time, M855A1 began to enter into service with US military units in 2010, and three years later, the US Department of Defense decided to completely transfer the army to a new ammunition. The M855A1 is a 5,56 × 45 mm caliber cartridge designed for M4 army rifles, as well as compatible with M16 rifles and M249 machine guns.

According to the description of the cartridge M855A1, the composition of its powder mixture includes an additive that reduces the flash of flame when fired. The bullet consists of a copper semi-shell with a steel tip, develops greater speed and has increased armor penetration (9,5 mm steel from a distance 350 m) compared to the bullet cartridge M855, which was previously used in the US Army and is still used in the US Marine Corps.

For several years, the US Department of Defense insisted that the army and the Marine Corps use a single type of ammunition. The military believed that this would improve logistics and reduce the cost of providing military personnel with ammunition. But since each of the types of American armed forces have the right to decide for themselves what to equip their troops, sometimes this leads to additional costs and problems in logistics. In addition, the US Marines are very reluctant to part with the old weapons - so, only in October last year, the Command of the Special Operations Forces of the Marine Corps officially abandoned the Colt 1911 pistol, while the US Ground Forces wrote it off as early as the 70s, reports "Warspot"