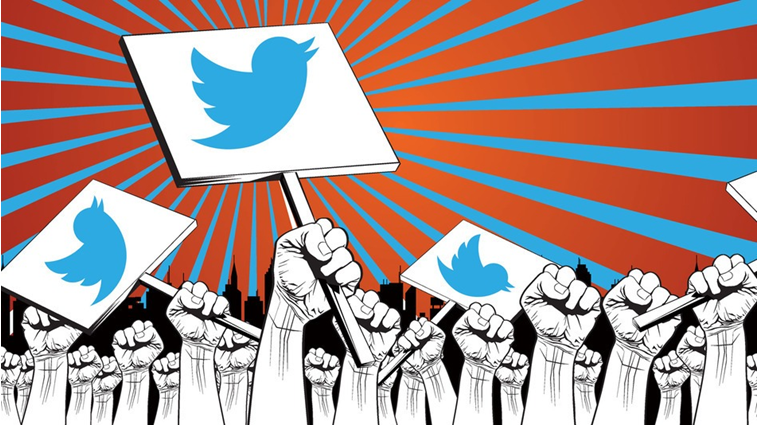 Will Twitter be banned in Russia? If necessary, then banned. Just as recently, VKontakte, Yandex and Odnoklassniki were banned in Ukraine. True, in Russia it will come out much more efficiently, since its informational arsenal is much more impressive than the information "slingshots" of Kiev.

Who owns the information, he owns the world. This truth, which has already become capitalized, more than ever defines the essence of modern wars. Information has long been part of the war, but it was in the 21st century that it became the present weapon mass destruction.

For starters - one real история. In 2015, Ukrainian information wars specialists undertook an internship in France. They were taught new methods of conducting information battles, and also taught the general theory of hybrid wars. In particular, attention was drawn to the fact that in ten years the Internet will become the main source of information for the population and move television to second place.

In the beginning there was a word

In fact, there is nothing terrible and nothing unexpected. Civilization is developing, and each new era requires a corresponding development of information technology. 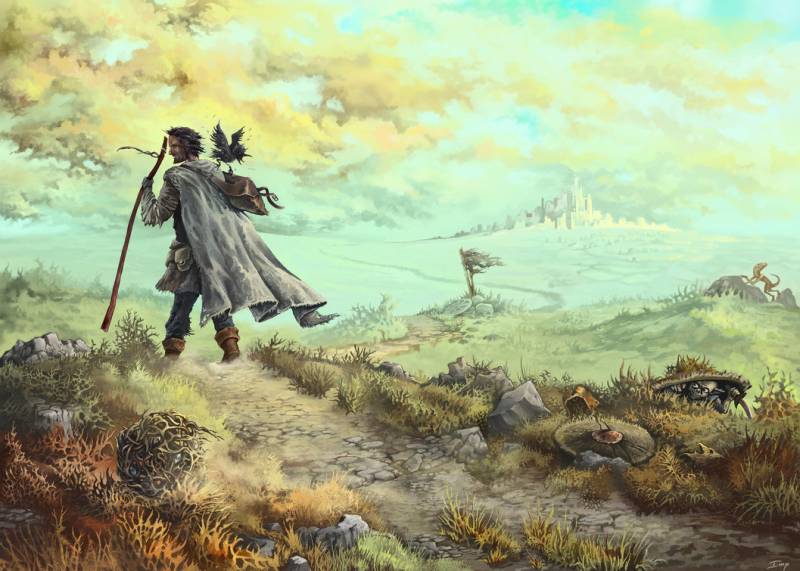 In the "prehistoric" information times, word of mouth was the main source of information transfer. People for the most part lived sedentary, news spread extremely slowly. Information so far could not be a powerful weapon, although it was locally used in cities and even sometimes predetermined one or another event.

The invention of printing and especially newspapers, as well as an increase in the education of the population was a real breakthrough in information wars. Now the information could literally penetrate into every house very quickly (especially in large cities). And it became dangerous for the authorities. 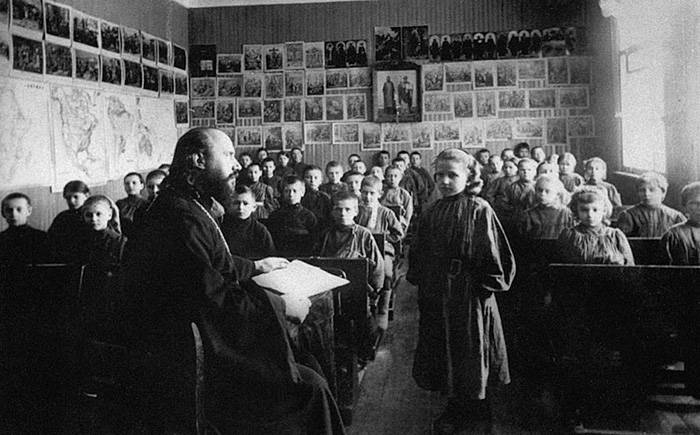 It was with the advent of books and newspapers in the world appeared the concept of censorship. The faster the circulation of information became, the deeper the censors launched their tentacles, the soul in the bud, freedom of speech and freedom of thought. Initially, lists of prohibited books appeared, then regular editions, and then separate materials were also subjected to censorship.

But if everything was simple for the authorities with the printed publications, any ruler could relatively simply keep them under control, then with the invention of radio waves everything began to change rapidly.

The logical continuation of the radio was television. Thanks to these two achievements of mankind, it became possible not only to communicate very quickly with remote regions of the globe, but also to engage in systemic ideological propaganda.

Radio waves know no boundaries and can penetrate hundreds and even thousands of kilometers deep into enemy territory. With the help of radio waves, the Soviet Union was poured in its time, and it is worth recognizing that this weapon was already very effective.

For all that, it is worth noting that, if necessary, the authorities of any country could quite effectively close their information field from the effects of enemy propaganda. True, it all had its unpleasant side effects.

Everything moves in the network

The Internet has become a breakthrough in information warfare technology. It penetrated practically all corners of the Earth, and it became extremely difficult to protect its information field from it. Practically any restriction of user access to one or another resource is found very quickly and the opposition.

It is this property of the global network that made it the most powerful weapon in the hands of the Americans who created it. The color revolutions were replaced by twitter, the destructive abilities of which were already repeatedly demonstrated in various countries: literally in a matter of weeks and days, they demolished, it would seem, indestructible regimes.

In fact, with the advent of the Internet, it became possible to talk about the emergence of real information weapons of mass destruction, and with an unlimited range.

Search engines Have you ever paid attention to how search engines today guide your actions? Most of us do not even think that a robotic machine selects for us what we read, listen, watch. No, if you are looking for a specific website or page purposefully, then you will find it. And if not, then first of all they will offer you exactly what the robot wants. A robot can be programmed in any way. 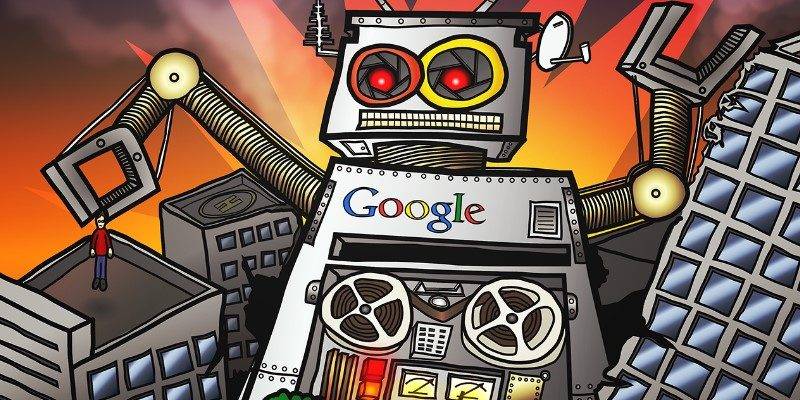 In general, popular search engines are worth huge sums of money, because they largely determine which sites are becoming popular and which are not. There is a whole science - the CEO, which studies the rules of operation of Internet robots and how to put the site into readable. But it works only in peacetime. If necessary, any search engine can simply turn off any resource from its information retrieval feeds. And 99% of people will not notice anything at first sight.

By the way, do you know that there are not so many international search engines? And the number of countries that keep them under control can be counted on the fingers of one hand! Today there are fewer of them than countries with nuclear weapons. And this is not accidental, since, unlike the “yadren-loaves”, the information weapon of mass destruction does not lie in the arsenals, but constantly works. Moreover, it is so effective that in the 2000's, inspired by the first successes, the Americans even decided that it was possible to drastically reduce the size of their armed forces, and put the main emphasis on the use of information weapons against an opponent.

By the way, it is the possession of popular search engines that allows not only to introduce effective censorship on its territory, but also on the territory of the enemy.

Social network. With 2011, the year was the year of the first successful twitter revolutions. It was then that the social networks showed all their organizing and destructive power. In a matter of hours, with their help, you can organize a protest of great intensity, as well as effectively lead them. The Middle East and Ukraine were the first victims of this new type of information weapons of mass destruction. 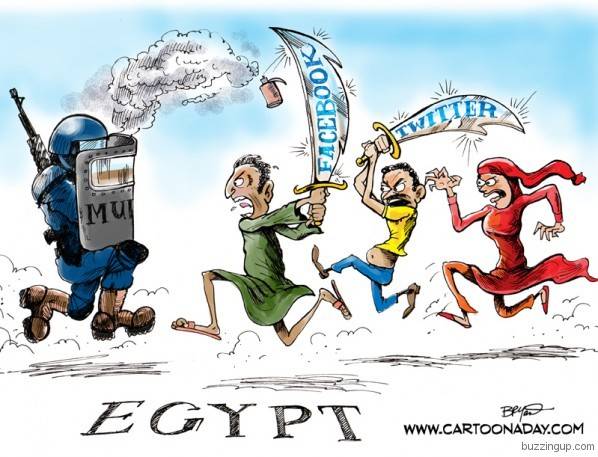 The governments of different countries appreciated all the destructive power of the new non-contact means of warfare, and therefore began to quickly introduce mechanisms to counter them. Today we can already talk about the creation of real echelons of information defense, from the most powerful complexes of general action (Roskomnadzor type) to local ones, intended to affect a limited circle of users.

Today, almost all political parties, corporations, institutions, have their own staff / tools for informational promotion / struggle in the information field. No project becomes successful without the corresponding informational support.

And it is no coincidence that every year more and more attention is paid to the information component (war / promotion / protection / neutralization).

In the XXI century of war (any) wins the one who wins the brains of people. And it is the brains of those who first of all are their opponents. Turning an opponent into an ally or a weapon in your hands, forcing him to do what you want, and not him, is this not what the fantastists of the past dreamed of? And this fantasy today has become a reality. And tomorrow will only get worse ... or better. It all depends on which side you look at: do you own modern ways of waging information wars or not.

Ctrl Enter
Noticed oshЫbku Highlight text and press. Ctrl + Enter
We are
Results of the week. "In the queue, sons of bitches, in the queue!"Reports from the militia of New Russia for 27-28 September 2014 of the year
Military Reviewin Yandex News
Military Reviewin Google News
28 comments
Information
Dear reader, to leave comments on the publication, you must to register.