Yury Krupnov: We need to take an example from Trump and design an infrastructure breakthrough 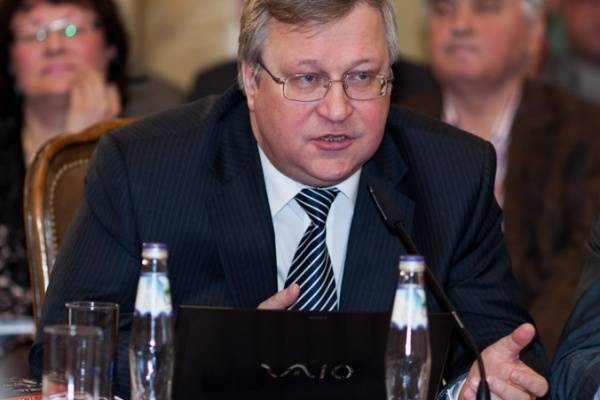 At the same time, the Minister of Finance of Russia Anton Siluanov announced the depletion of the Reserve Fund: by the end of this year, the Government will have to let them all to cover the budget deficit, and from the next - to resort to using the second “egg jar” - the National Estate Fund. At the same time, Russia's need for new roads and utilities is much higher than in the USA. Is it time to launch a similar modernization program in our country?

The infrastructure breakthrough is task number XXUMX for Russia, the chairman of the Supervisory Board of the Institute for Demography, Migration and Regional Development Yuri Krupnov is sure. He shared his expert opinion with Nakanune.RU:

It does not matter at all what means to make a breakthrough, because first you need to outline a program - which is a priority. On the one hand, we have mastered all the concession formats and they work, there are no problems here. These are all questions of calculations, a good legal base, but still the main request is in the infrastructures of the new generation. Why should we invest in old infrastructure?

As for financing, now there is talk that if we take the situation with sanctions under the law of 2 in August, the United States and the possible expropriation of the riches of Russian oligarchs and officials taken to offshore, which is at least 2-3 trillion dollars, then in principle this money or at least half a trillion dollars (a comparable amount to the Tramp infrastructural revolution) could be invested under special infrastructure bonds, securities without loss.

No one says that money is expropriated within the Russian Federation. Suppose you can create such bonds for 20-30 years. We remember how the initiatives “All for the front - all for victory”, including financial contributions to the purchase of military equipment, played a huge role in the war. Today, our oligarchs could also invest under infrastructure, saving assets, real estate and direct financial assets that were exported offshore in various types, they could seriously share with the country.

The issue of finance is closely tied to the problems that I outlined in August in the widely discussed doctrine of “razoskvichivaniya.” We have huge financial reserves in the form of the city of Moscow, its possibilities. If Moscow begins to develop exemplary infrastructures, integrated transport, energy, telecom systems for its modernization, itself as a city, then the capital could in principle switch to serious production capabilities, instead of the current parasitic existence, precisely because the whole of Moscow will become large infrastructure plant. These are also enormous reserves both in personnel and in money. Moscow will change its attitude to the country in a completely different way, re-equip the country's infrastructures, including the most bearish angles, and not parasitize, as it is today. This is also a reserve.

It also makes no sense to say that we have reduced the funds created for accumulation, since there are a lot of gold and foreign exchange reserves, we could also partially apply them for this purpose. And, finally, the question of a productive loan, that is, a specialized issue for infrastructure tasks using the same infrastructure bonds method, is, again, a very clear and correct financial mechanism. Therefore, the problem we have, as always, is not in money, but, as the cat Matroskin said: "We have the means, we do not have enough mind." We don’t have any money, but mind, so we need, removing all these ideological overlays, just to take an example from Trump, to design such an infrastructure breakthrough. This is task number one.

And the problem with finances and reserves is secondary. The primary problem is a properly formulated doctrine.

Ctrl Enter
Noticed oshЫbku Highlight text and press. Ctrl + Enter
We are
Military reform as an integral part of the security concept of the Russian Federation: Systematic dynamic assessmentSentenced to death? - Do Russians want to live? and what our demographics are talking about
Military Reviewin Yandex News
Military Reviewin Google News
32 comments
Information
Dear reader, to leave comments on the publication, you must to register.