Why do we need to finance America?

December 16 2017
131
I have already written about many “weirdness” in the activities of our Central Bank, some of which are due to the fact that its leadership, on the one hand, in a shameless way tramples on the Constitution and laws of the Russian Federation, on the other - that the laws that define the work of the Bank of Russia initially "Strange" provisions. 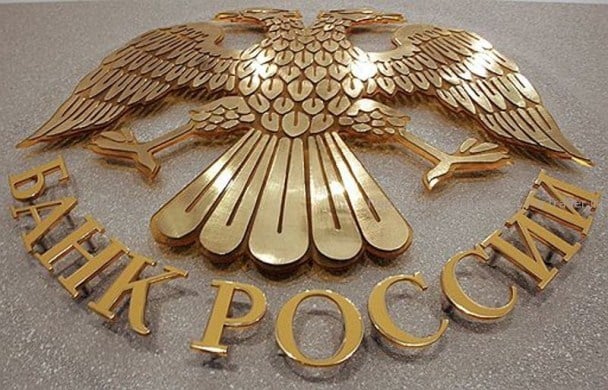 It is obvious that it is better for the state not to bring the budget to a deficit and not to resort to borrowing. But if there was a shortage, then borrowing is inevitable.

Usually they are carried out in the form of issuing government debt securities (primarily treasury bonds) and placing them on the market.

It is known that most countries of the “golden billion” live in conditions of chronic state budget deficits. So, in France, Spain, Italy, Portugal, Greece, members of the European Union, the deficits chronically exceed the bar in 3% of GDP (which was set as the maximum allowable by the Maastricht Agreement of the 1992 of the year).

The very same United States, from which our economic liberals like to take examples, in recent years had a budget deficit approaching 1 a trillion dollars. And in 2011, he made a record amount of 1,3 trillion. dollars, or 8,9% of US GDP.

The US Treasury issues bonds, which are used to plug budget “holes”. And here it works in close tandem with the Central Bank, which is called the US Federal Reserve System (FRS). Under today's rules, the Fed cannot directly acquire US Treasury bonds, but it is not prohibited for it to invest in those Treasury securities that are already traded on the financial market. What the Fed and enjoys. Since the financial crisis 2007-2009. The Fed began working on a “quantitative easing” program. The American Central Bank began to work as a "vacuum cleaner", sucking the treasury and mortgage securities from the market. At the end of 2014, the work of the “vacuum cleaner” stopped, by which time the Fed balance sheet was inflated to the value of 4,5 trillion. dollars (23% of GDP). At the same time, 95% of all assets comprised a portfolio of treasury securities and mortgage bonds purchased or guaranteed by federal agencies. In short, the US Central Bank does not just “secure” the treasury and the federal budget. He devoted himself entirely to the support of the US state financial system. I do not give my estimates right now, for good or for bad. I simply state the facts in order to compare the Fed with the Central Bank of Russia.

From another source (“Overview of Bank of Russia Asset Management in Foreign Currencies and Gold”), I specify that the securities of foreign issuers in the total amount of the third position are 77,6%, and deposits in foreign banks are 22,4%. It turns out that in absolute terms, the Bank of Russia's investments in the securities of foreign issuers amounted to 13,97 trillion at the end of last year. rub.

It turns out that Bank of Russia’s investments in assets that are physically or legally outside of Russia amounted to more than 62%, including investments in foreign securities - more than 48%. For comparison: the assets with an indisputable orientation to the country's economy (precious metals, loans and deposits within the country) accounted for only 27%.

For three years, the budget of the Russian Federation is reduced to a deficit. This deficit is being closed at the expense of our sovereign wealth funds — the Reserve Fund (almost completely exhausted) and the National Wealth Fund (NWF). But one could use the American (European) model: buy the Central Bank debt securities of the Russian Ministry of Finance. An impossible! Article 22 of the Federal Law on the Central Bank does not order!

Most of the constituent entities of the Russian Federation reduce regional budgets with a deficit. Today, many of them resort to plugging budget “holes” at the expense of commercial bank loans. Credits are taken under usurious interest and finally drive regions into debt bondage. Why shouldn't the Central Bank come to the rescue and stop this usury chaos? - Again, article 22 does not order: “The Bank of Russia is not entitled to provide loans to finance deficits ... of the budgets of the constituent entities of the Russian Federation”.

The monetary authorities of the country (the Central Bank and the Ministry of Finance of Russia) are telling us that we don’t have any alternative to investing in the securities of Western countries. We will understand the points.

First, by buying US Treasury bonds, the Central Bank of Russia indirectly helps to finance Washington’s military preparations against our country (after all, the huge US budget deficit is due, first and foremost, to military spending).

Previously, the monetary authorities appealed to the economic arguments. Like, investments in foreign currency and treasury securities provide income. But this is even funny to talk about. According to the Bank of Russia annual report, its profit last year amounted to 43,7 billion rubles. And this is with assets of the Central Bank equal to 29 trillion. rub. It turns out that the profitability of Bank of Russia assets is equal to 0,15%. As they say: the indicator "at the level of plinth." Not today or tomorrow, an office called the Bank of Russia can become unprofitable in general.

If we open the reference books of Rosstat, we will see that with all the failures and problems, most sectors of the real sector of the Russian economy have asset profitability ratios ranging from 2 to 4 percent. There are some industries with lower values ​​(for example, equipment production - about 1%), there are with higher ones (for example, the extraction of energy resources - about 7%). Any sensible person will say that it is more profitable to invest funds in the domestic economy of the Bank of Russia (in the form of loans) than to buy US and other Western countries treasury bills.

It would seem that the arguments already given (political and economic) are enough to radically restructure the work of the Bank of Russia and change the structure of assets in favor of their own, rather than overseas economy.

But the fact that the Bank of Russia does not do this only proves once again that it deserves the name “US Federal Reserve Branch”. But since the Bank of Russia, apparently, does not intend to take any arguments, its activities must be strictly regulated by law. By imposing restrictions or even bans on the purchase of debt securities issued by other states.

Apparently, the Bank of Russia is being drawn into gambling on the stock market, but does not announce it loudly. In principle, the International Monetary Fund does not recommend the central banks to engage in such dangerous games, advises to adhere to the principles of "conservative investment."

Although some Central Banks are already involved in these games. I wrote on this topic, calling the Bank of Japan and the National Bank of Switzerland the most active buyers of corporate securities among central banks - both stocks and bonds. Thus, at the end of the first quarter of this year, the SNB's investments in shares exceeded $ 80 billion, and half of this amount fell on the securities of American companies. The Swiss National Bank (NSB) buys shares in American companies such as Apple, Exxon Mobil, Johnson & Johnson, AT&T and Facebook. The NBSh justifies this policy by the fact that, they say, investments in ordinary treasury securities (both American and European) no longer give almost any "navar". Experts are quite correct in assessing this kind of NBS policy as a significant support for American business. And this is in addition to the fact that the NBS is providing significant support to the US government (buying US Treasuries). As it turns out, the Bank of Russia decided to keep up with the most gambling central banks. But if the NBS and the Bank of Japan are "transparent", they do not hide what they buy and in what volumes, then the Bank of Russia in this respect turns out to be a top-secret institution.

By the way, let me remind you that the Central Bank has already been convicted of gambling once. I am referring to the purchase of US securities issued by the mortgage agencies Fannie Mae and Freddie Mac. No one (except for the “initiated”) in Russia suspected that the Central Bank of Russia could deviate so much from the principles of “conservative investment.” It ended pitifully: during the financial crisis 2007-2009. These American papers have collapsed, the Central Bank has suffered serious losses.

And here I am again returning to article 22 of the Federal Law on the Central Bank. Taking into account the above, I propose to leave it in its previous form, replacing only a few words: instead of “Government of the Russian Federation”, put “governments of other countries”.

However, I would add the 22 article as amended to the article prohibiting the Bank of Russia to engage in gambling with securities of non-state issuers. And this ban should equally apply to corporate papers of both foreign and Russian origin. In general, the central bank should be strictly forbidden to engage in any games in the financial markets and in a decisive way to turn it face to the real sector of the domestic economy.

In the meantime, the words of the famous Charles-Louis Montesquieu come to mind — the financiers support the state in the same way as the rope supports the hanged man. How can you not think ...

PS Ay, "people's choices", did you hear me? If heard, then act. If necessary, I am ready to assist you in ensuring that we finally have the normal law on the Central Bank.

Ctrl Enter
Noticed a mistake Highlight text and press. Ctrl + Enter
We are
About Stalin and KhrushchevWhat you didn't want to know about England
131 comment
Information
Dear reader, to leave comments on the publication, you must to register.