December 14 2017
16
The recent doping scandal with the exclusion of Russia from participation in the Olympic Games, as we know, had a political background. This is recognized not only by Russian politicians and public figures, but also by many reputable people in the world of sports, including those from states that are difficult to suspect of sympathy for Russia.


For example, the former president of the Latvian Hockey Federation, Kirov Lipman, spoke about the political background of the scandal. Even if there have actually been cases of the use of doping by individual athletes, it is not possible, because of this, to remove the whole country from participation in the Olympic Games. Especially since they repeatedly caught athletes from all over the world on the use of doping substances. If we talk about American sports, then the use of doping is almost a national tradition. Therefore, when American sports officials and politicians talk about the inadmissibility of doping, this looks like a typical example of "double standards." However, the United States has always used the policy of “double standards” and sport - only the most harmless sphere where it is applied. 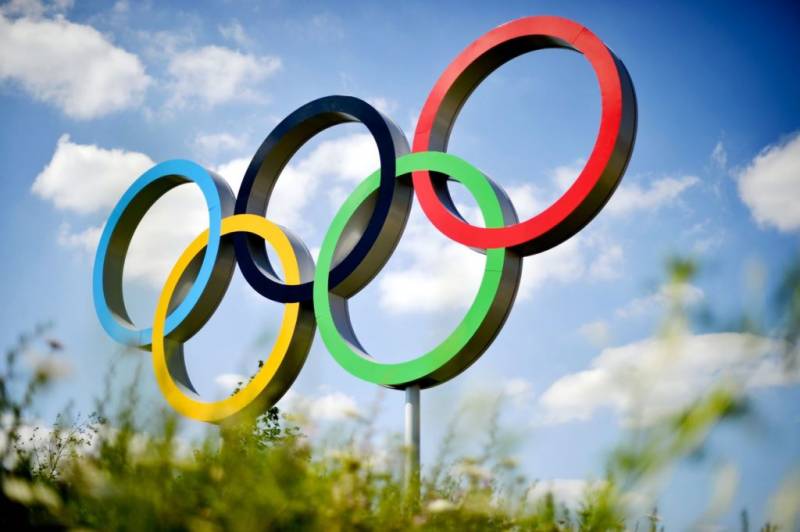 The most interesting thing is that the United States resorts to "double standards" inside the country, dividing American sport into privileged and discriminated types. For example, the most cash, profitable sports, such as basketball, baseball, and American football, are literally built on doping in the United States. It is known that the policy of such sports organizations of the USA as the National Basketball Association and the National Football League is notable for its softness with regard to doping athletes and functionaries who incline them to it. The fact is that all the sports listed above bring a lot of money to both merchants and the state. For many decades of existence of these associations, in the USA there was a real sports mafia, which stubbornly defends its interests and protects the areas under its control from outside interference.

The attention of the public to football, basketball, baseball, and so much. Therefore, functionaries from basketball and football are trying to carefully protect their sports and their athletes from doping scandals. For example, the NFL leadership prohibits notifying the media about the positive results of the athletes' checks on doping. The NFL is a very closed organization and keeps its secrets carefully, so athletes, even those caught in the use of doping, can make an innocent face in front of the cameras and deny any rumors of violations.

Sanctions for doping in the National Basketball Association and the National Football League are really very soft. For example, in the NFL, it is forbidden to participate in four games for the first time if he is caught using doping. That is, he leaves the games for only 30 days - not a significant period for losing fame and form. For the second case of the use of doping, the athlete is isolated from eight matches, that is, he will not be able to play for two months. Only on the third revealed fact of the use of doping American football player is disqualified for a period of one year. Softness is different and testing athletes NFL for the use of various drugs.

In 2016, doctor Chad Robertson admitted that for a long time he had been supplying doping drugs to the star of world and American boxing Mike Tyson, as well as a number of other famous American athletes. Moreover, a number of American athletes receive doping legally, as a therapeutic exception. 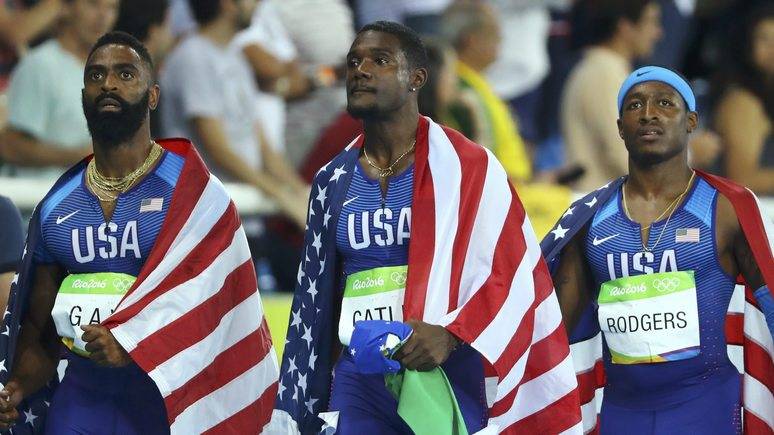 Any attempts to combat doping in American football, baseball and basketball are faced with serious opposition from interested parties, primarily businessmen and sports functionaries, who make the most of the profits from the most popular sports in the United States. But to create the appearance of a complete absence in American sports of examples of the use of doping is very difficult. Therefore, “poor” sports, not media and not bringing big profits, become “scapegoats”. For example, doping scandals very often arise around athletics. American sportsmen do not have a due regard for athletes - a runner can easily be excluded for two years from the fact that they used doping. What is the loss of two years for an athlete, in addition to the deterioration of the form? It is also a gradual decline in interest to his person from the public and the media. Of course, compared with the ban on participation in 4-8 matches, a two-year disqualification is a much more serious punishment for athletes.

Widespread doping in American sports is also associated with the position of the athletes themselves. Unlike Russian, American sport is maximally commercialized. For athletes, their victory at the Olympics is a way to get huge money and media fame. In the struggle to achieve these goals, they are even ready to sacrifice their health. For example, when a survey was conducted, are you ready to take drugs that will help you win, but in the long run they will turn you into disabled people, 80% of the American athletes surveyed answered in the affirmative. Even more than the athletes themselves, coaches, sports officials, bigwigs of the sports business, whose well-being is directly related to the athletic achievements of the wards, are interested in using the latest doping.

As for international sports, in it charges of doping have long been a means of manipulating and achieving their goals, including not sports, but economic and political. Big sport is politics. The International Olympic Committee and the commissions responsible for checking athletes are controlled by the Western elites and act in their interests. Therefore, no one is surprised that more often with doping they “cling” to China and Russia - the two main opponents of the United States.

Interestingly, among the founders of the WADA (World Anti-Doping Agency - World Anti-Doping Agency) there is not a single Russian, moreover - they are not included in the executive committee. Thus, in the structure of this organization there are no people who could fight the practice of “double standards” and defend the honor and interests of Russian sport. Dr. Michael Eshenden, considered one of the world's leading experts in the field of doping, argues that the anti-doping movement operates according to its laws and is similar to the Mafia, which adheres to the law of silence. Interestingly, in the United States of America, where the National Anti-Doping Agency operates, WADA does not send its commissions. The leadership of this organization is inclined to trust the data that American functionaries of the anti-doping movement provide to WADA. 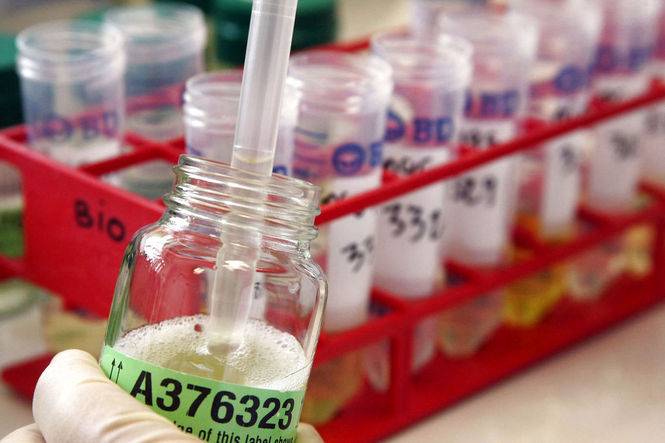 WADA itself reveals its cards, publishing information about doping studies. So, Russia is considered one of the world leaders in anti-doping violations, there are many complaints from the international agency and to China. But, for some reason, it is overlooked that both Russian and Chinese athletes take much more doping tests than athletes from other countries, especially taking exit commissions, whereas in the US situation WADA agrees with the data provided by the American side. What can this be connected with, if not with political considerations?

For example, in 2014, 13 180 samples were taken from Chinese athletes, from Russian ones - 12 556 samples. For comparison, we give the number of doping tests for athletes from other states: USA - 7 167 samples, UK - 5 160 samples, France - 7 434 samples. As you can see, the difference is almost twofold. It turns out that doping tests are taken almost continuously from Russian and Chinese athletes, and twice less frequently from Western athletes. That is, some countries are "more equal" than others. Russia, by the way, is making quite serious efforts to combat doping. Of course, some Russian athletes, like any other athletes from any other country, may use doping, but this has nothing to do with state sports policy. It is hardly reasonable to “disqualify” the entire country solely because several individual athletes were caught using doping. Moreover, not so long ago in Russia, legislation was seriously tightened in relation to the fight against the facts of doping.

Tightening responsibility for inducing doping is Russia's response to the accusation that doping in our country has almost been elevated to the norm by state policy in the field of physical culture and sports. At least, the introduction of criminal liability for coaches and functionaries demonstrates the determination of the state in the fight against doping. Lawyer Andrei Lisov believes that the adoption of this law is a tribute to the tendencies common to the modern world in the world of sports, since criminal liability for doping is valid in Germany, Italy, Finland, France and a number of other states. For the use of doping in some countries, for example in Germany or Italy, you can get a real term of several years in prison. Another question, emphasizes Andrei Lisov, is how effective this measure is, because the profits of businessmen from sports are so great that one can ignore such consequences.

Interestingly, the International Olympic Committee acknowledged that it was never able to find evidence of the participation of "higher state authorities" in doping manipulations. But, nevertheless, the IOC put the blame for doping not only on individual athletes and their coaches, but also on the Russian state as a whole. Allegedly, since Russia signed the International Convention against Doping in Sport, having pledged to abide by certain rules, it should be fully responsible. It is noteworthy that one of the first to exclude Russia from the IOC was called by the head of the American Anti-Doping Agency (USADA), Travis Tygart. Although the Americans themselves have many problems with the facts of doping, the IOC prefers not to pay attention to the numerous violations of the stars and stars of the stars and stars. But the IOC blames all sins of Russian athletes, although in the same athletics Russian athletes demonstrate surprising for modern sports "cleanliness" on doping tests. For example, the anti-doping coordinator of the All-Russian Athletics Federation (VFLA) Elena Ikonnikova argues that the Russian athletes themselves tend to be tested more often, because they have nothing to hide.

In turn, Vladimir Putin believes that Russian athletes should defend their interests and an honest name in civil court instances, since the special judicial systems operating in the sports field, as the president noted, are not enough. The honor of Russian athletes in the courts, many of the country's leading lawyers volunteered to defend for free.

Meanwhile, the very fact that Russia has been banned from participating in the Olympic Games in Pkhenchkhane can also be viewed as a dress rehearsal for a more powerful attack on our country “along the sport line”. In the summer of 2018, Russia is waiting for the World Cup finals. Several key cities of our country are preparing to receive it at once. Naturally, the West will attempt to disrupt the championship in order to cause serious economic and political damage to Russia's position at the international level.