In my opinion, now the most acute problem is the camps, where troops are assigned to restore combat capability. These camps are tent, and after a year and a half of exploitation these tents are no longer suitable for life. The second, related question - points of permanent deployment
- Said Tolko. 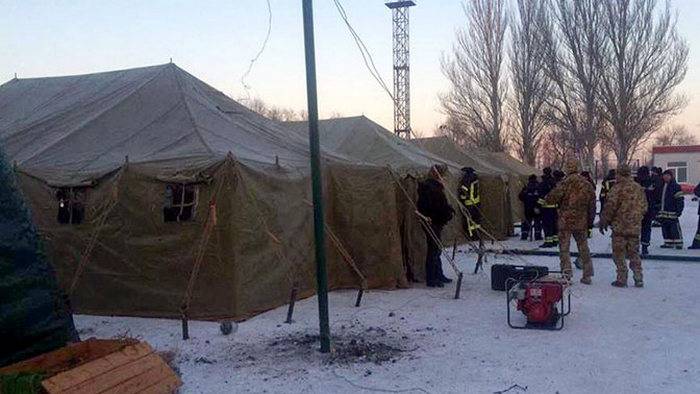 According to him, it is necessary to create new points of permanent deployment, however, funds for this are allocated catastrophically little.

Also Tolochny noted a serious shortage of ammunition in the Ukrainian army.

Today there are a number of scarce calibers. Speech and about the rifle, and about artillery and rocket ammunition. In fact, there is nothing to replenish the ammunition, and it is constantly decreasing.
- he specified.

The general explained that Ukraine needed Soviet-style ammunition, since most of the armament used by the Ukrainian Armed Forces was produced in Soviet times, and ammunition created by NATO standards is not suitable for it.

Secondly, ammunition is a lethal weapon. The attitude of our Western partners to the supply of lethal weapons to Ukraine everyone knows
- he added the captain, stressing that the current situation will become critical shortage of ammunition within one to two years.

In addition, there is an acute shortage of funds to ensure the safety of arsenals and ammunition storage sites.

We have approximately 5-10 percent of the need to solve tactical missions to ensure survivability. For strategic purposes - the construction of new storage facilities - no funds are allocated at all
- Said Tolko. Part arsenals remains congested in storage often lack security and protection of objects involved incompetent people.

According to Tolochny, significant problems are noted in other types of troops: in particular, the housing problem is acute in the naval forces, and the air force has a difficult situation due to the depreciation of the fleet and the lack of spare parts. The armored vehicles available to the Ukrainian Armed Forces are also mostly outdated, and its modernization options are often unsuccessful.

For example, the Tanks T-64BM “Bulat” due to their heavy weight and weak engine were ineffective, were transferred to the reserve and replaced by linear T-64
- explained the Major General.

Ctrl Enter
Noticed oshЫbku Highlight text and press. Ctrl + Enter
We are
Weekly summary (30 January-5 February) on the military and social situation in the DPR from the military officer "Mag"
Military Reviewin Yandex News
Military Reviewin Google News
54 comments
Information
Dear reader, to leave comments on the publication, you must sign in.