When America ceases to starve the people in Rukbane? 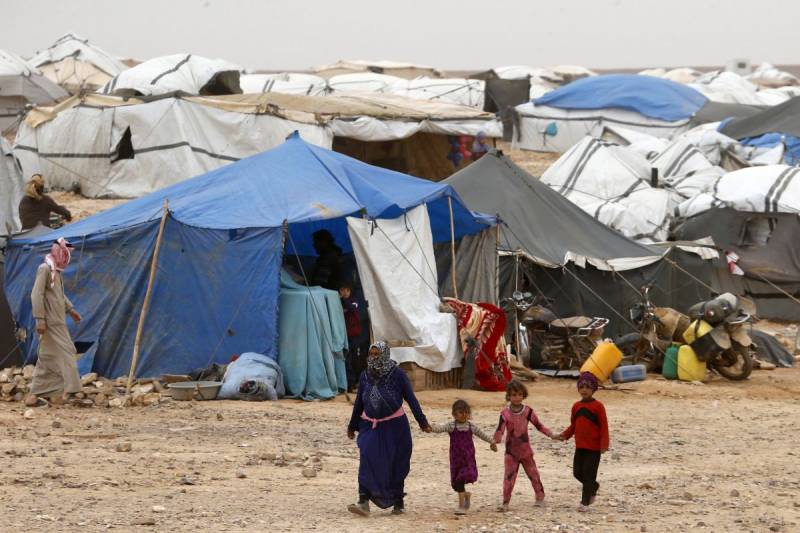 In Syria, the struggle against ISIS terrorists has almost completely ended. This was officially announced by the Russian leadership. The last stronghold of the radicals in the province of Deir Ez-Zor fell. But in the south of Syria, there remains a “hotbed” of instability - the American base Al-Tanf near the Ar-Rukban refugee camp.

The official position of Moscow in relation to what is happening on Al-Tanfe was expressed by Foreign Minister Sergey Lavrov. In particular, the minister noted that the notorious 55-kilometer zone, in fact, is a new haven for terrorists who fled from retaliation of government troops from the province of Deir-ez-Zor.

“Unfortunately, the United States unilaterally created a security zone with a radius of 50 km in At-Tanf. We believe that there is no need for this. Inside this unilaterally established security zone, there is the Rukban refugee camp, which is regularly used by the remnants of the Igilov detachments penetrating this zone from the outside, ”said Russian Foreign Minister Sergey Lavrov during a speech at the third international conference“ The Mediterranean Dialogue ” December 1 2017 of the year.
Recall that a small area on the Syrian-Jordanian border near the settlement of Al-Tanf has long been chosen by the United States, having deployed a military base there with special forces units and military instructors preparing military action against government forces there in 2015. Then Washington announced the creation of a 55-kilometer security zone around Al-Tanfa. This area has an Er-Rukban refugee camp, where an extremely negative humanitarian situation has developed. In many ways, this was facilitated by the policy of Washington: the Americans flatly refused to allow any humanitarian convoys into their security zone. 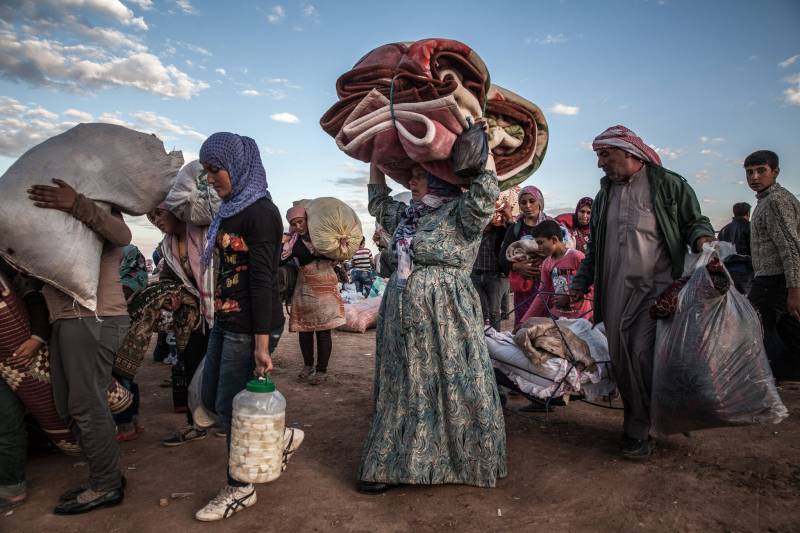 We note that if earlier opposition Syrian media, as well as a number of Western media resources and well-known bloggers, said that the Assad regime was keeping Eastern Guta in complete economic and humanitarian blockade, refusing to accept the plight of the Rukban refugees, now they themselves recognize the plight of the people in Rukban. Moreover, the civilian refugee committee of Er-Rukbana sent an official letter to the Russian authorities for help. Here is the text:

“We write on behalf of many of those who are in the Er-Rukban camp. The situation here is very difficult. We lack water, food and warmth. We are afraid for our children. The border with Jordan is still closed, we have nowhere to go.

In the camp a lot of men with weaponsthere are conflicts between them. With medicine badly, the sick and the wounded are not given the necessary help. Americans do not care about us, from them almost no help. They do not even take away weapons from those who leave them.
We trust in Allah and ask the leadership of Russia to confirm their words with deeds. We ask the Russian side to help improve our situation, the salvation of our children. 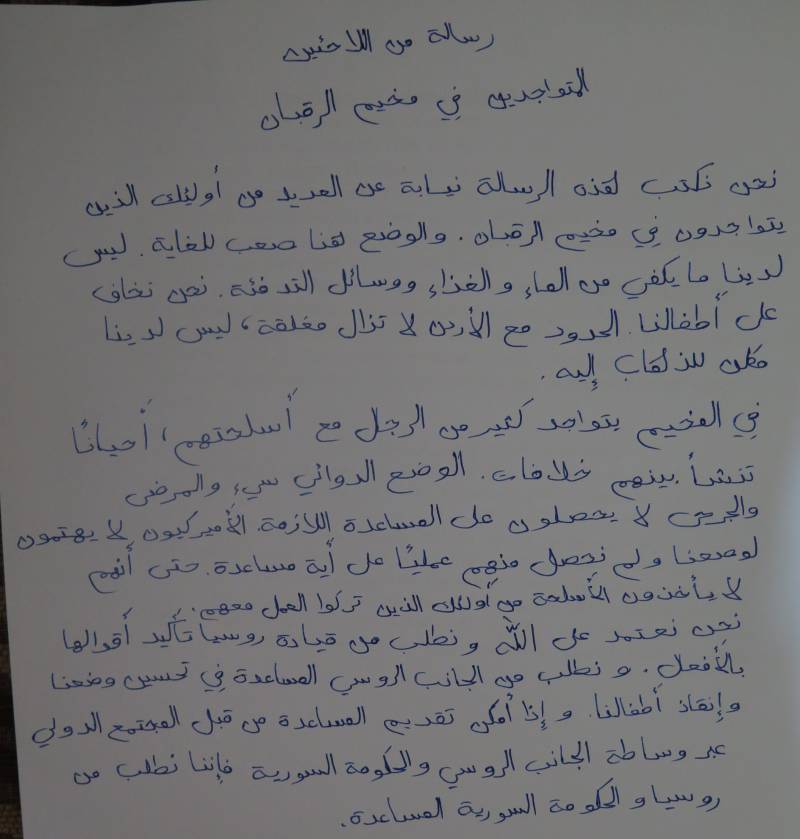 In general, the White House always didn’t give a damn about people, which is a bit peculiar to a state that sows democracy throughout the world. Therefore, one can only deeply sympathize with the people in Rukban and hope that Russia will help the civilians of the camp, who are so in need of basic things to live in spite of numerous obstacles from Washington so zealously helping the terrorists in Syria.

Ctrl Enter
Noticed oshЫbku Highlight text and press. Ctrl + Enter
We are
A great interview with Sergey Lavrov: about Ukraine, Obama and IranWhat you didn't want to know about England
Military Reviewin Yandex News
Military Reviewin Google News
3 comments
Information
Dear reader, to leave comments on the publication, you must to register.