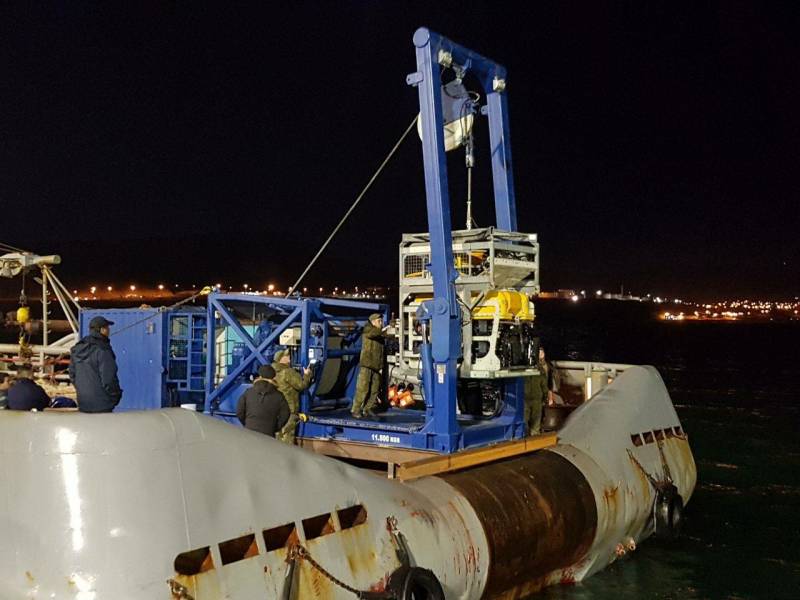 During the search operation, two objects were found at different depths.

"In the study of an underwater object, fixed remotely controlled uninhabited submersible CURV21 at a depth of 650 meters, it turned out that this stone is one meter in length," - said in a statement. The study involved the American ship "Atlantis".

The second object, found at a depth of 139 meters, was identified by the British crew HMS Protector as a wreck.

Earlier, Russian Navy specialists discovered a sunken fishing trawler in the search area during the diving of the “Panther plus” remote-controlled bathyscaphe.

Recall, the submarine "San Juan" stopped communicating on November 15 communications at the transition from the naval base of Ushuaia to Mar del Plata. On board were 44 man. The Argentine Navy reported a single explosion that could be associated with the disappearance of a submarine.

After 15 days after the disappearance of the submarine, the rescue operation was stopped, but the search for the submarine itself continues.

Ctrl Enter
Noticed oshЫbku Highlight text and press. Ctrl + Enter
We are
Satellite operator spoke about the signals from the missing Argentine submarineExpress Edition: five out of six British submarines are being repaired
17 comments
Information
Dear reader, to leave comments on the publication, you must to register.