December 13 2017
16
Two modern passenger aircraft An-148-100E "Angara" made a flight from the manufacturer in Voronezh to the airfield of a separate transport mixed aviation regiment of the Western Military District in the Leningrad region, the press service of the district reports 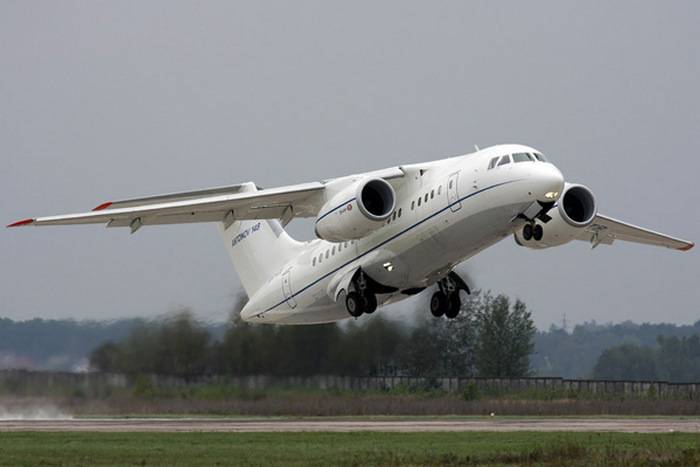 On the new all-weather "transport workers" ZVO crews, to arrive at their destination, flew more than 1200 kilometers. Now the planes can be used both for delivering operational and working groups of the district command to any point of responsibility of ZVO during various command and staff exercises and trainings, as well as for transporting small groups of personnel
- said in a statement

The AN-148-100E Angara is a narrow-body passenger aircraft capable of flying over a distance of 4400 kilometers and can accommodate 75 passenger seats. It differs from the base model with an additional fuel tank and luggage compartment.

The aircraft is equipped with two turbojet engines, modern flight-navigation and radio communication equipment, five multifunctional LCD indicators. The complex of electronic equipment provides for the possibility of landing in difficult meteorological and night conditions.