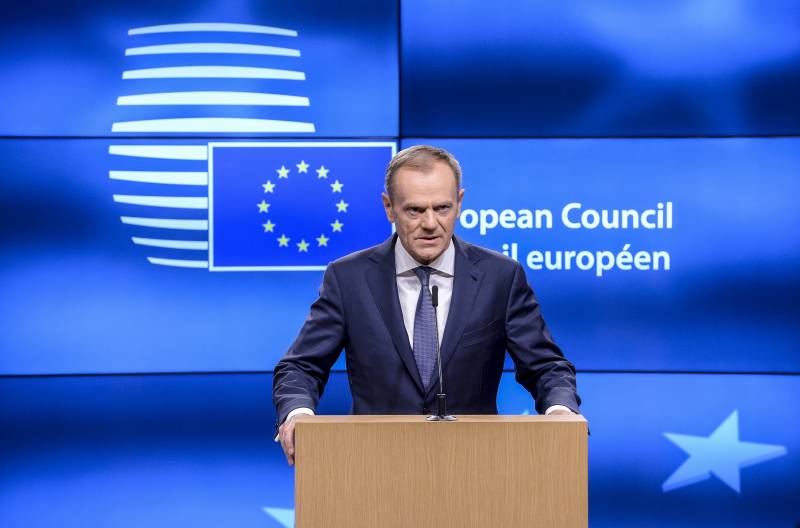 According to Tusk, on Thursday, December 14, the EU summit will discuss the implementation of the Minsk accords in order to extend anti-Russian economic sanctions.

Chancellor (Germany Angela) Merkel and President (France Emmanuel) Macron will also report on the implementation of the Minsk agreements in order to extend economic sanctions against Russia,
said in a statement issued by the press service of Tusk.

Earlier, the media reported that anti-Russian sanctions will be extended following the results of the EU summit.

During the working dinner, we expect Chancellor Angela Merkel and President Emmanuel Macron to report on the situation with the implementation of the Minsk agreements. This will extend the sanctions after the summit at the technical level,
told source RIA "News».

Recall 9 December, US President Donald Trump approved the new restrictions against the Russian Federation due to the alleged breach of the INF Treaty.

The Russian Foreign Ministry, in turn, said that the accusations of the White House are unsubstantiated, the American side does not provide any evidence.

Ctrl Enter
Noticed a mistake Highlight text and press. Ctrl + Enter
We are
Macron loses his political face, without really finding him
74 comments
Information
Dear reader, to leave comments on the publication, you must to register.