Project "ZZ". Russia will be ruled by the Supreme Military Council and the FSB

December 13 2017
186
History The future, which Western analysts diligently study, has established: Russia in the coming years will be ruled not by Putin himself or his protégé appointed by the Yeltsin canon, but by the omnipotent team of military and special services. True, the variant of the sly "heir to the throne", who will promptly "tired" Putin in time, is not excluded. 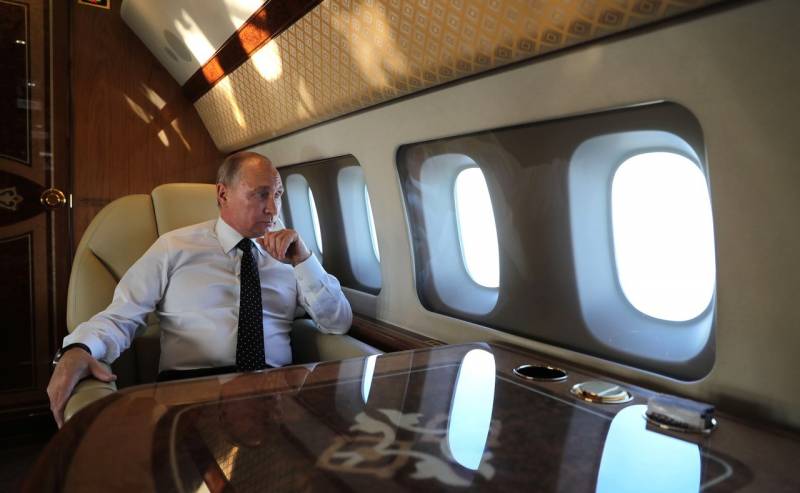 Putin's re-election? It is obvious. But what about continuity? Neil McFarkar argues on this topic in one of the largest American newspapers - "New York Times". Mr. Macfarkar offers a very unusual look at the future of Russia. More precisely, the future management of Russia.

What do Russian analysts think today about the upcoming election campaign, which will precede the 2018 presidential election of the year? Their answers are very similar: tent, carnival, parallel reality and so on.

The obvious victory of Vladimir Putin in the upcoming elections seems to be not so important to the author of the material as the opinion of those experts who assure him is important: the real fight will unfold not in 2018, but closer to 2024. In that struggle, it will become clear who will inherit the next six years of being in power.

Putin's “courtiers” today are about 40 or 50 people. These are the people of the Kremlin and their allies, oligarchs, the journalist said. And here they will spend the next years in the “struggle” for the “next presidential term” and, therefore, for the future of the state.

“The choice itself does not matter,” said Gleb Pavlovsky, a political analyst and former Kremlin consultant. People surrounded by the president "decide the question of who they themselves will be after Putin. Here is the main motive of the struggle: the battle for a place in the system after Putin’s departure. ”

True, no one “can be sure” of what Mr. Putin will do when his next term ends, according to Macfarkar. Persons from his inner circle are still preparing for the day when he leaves the presidency. These people "are striving to preserve their power and avoid any consequences that may follow the change of leader." Therefore, after the last constitutional term in the Kremlin, Putin’s “courtyard” will focus “on self-preservation rather than on serving Putin.”

It is expected that the coming struggle for power in Russia will demonstrate “all that drama” that “is so lacking” of the current presidential race. Intrigues are expected to break out from behind the walls of the Kremlin.

And the “corruption” case of the former minister Ulyukaev will seem like flowers here.

“It is impossible to hide the enormous tension, the enormous degree of uncertainty that has been created within the Russian elite,” said Konstantin Haase, a political analyst working at the Moscow Carnegie Center website. According to him, these people “will do stupid things; they will blackmail each other; they will scribble denunciations of each other and put them on the table for Putin. ”

According to other analysts, President Putin now thinks that an attempt to save the post in the Kremlin for life would be a mistake. One who has stayed on the throne for too long can be overthrown: it was well shown by the fresh bitter experience of President Mugabe in Zimbabwe, who sat in the 37 chair for years.

“Putin thinks of himself as a historical figure, and he knows that if he wants to get into historical books, he should not repeat Mugabe’s mistake: he must choose the right time and leave,” says Konstantin Kalachev, political strategist, head of the Political expert group.

At the same time, the author of the article in the New York Times notes, Mr. Putin will probably want to retain the political role after the 2024 year, and not just “move to a dacha” or, even worse, “go to jail ".

“He can't just leave,” says Haaze. “He knows perfectly well that if his successor fails, they will both be held accountable.”

There is another opinion, a special one: Putin will change the constitution. He will create some kind of Supreme Military Council or some Security Council. Of course, he himself will appoint his leader - for the sake of his influence. “I can’t imagine a situation where he will transfer all power to a successor; he does not trust anyone, ”asserts Mr. Haase.

Earlier, Putin “did something similar,” the journalist notes. When his second presidential term in 2008 ended, he moved to the post of prime minister, who served during Dmitry Medvedev’s one-off presidency, realizing that it was he (Putin) who remained the true leader of the country.

Mr. Yeltsin, the author further recalls, "appointed Putin to be his successor in the 2000 year." Since those times, Putin "was the most powerful man in Russia."

“Today we have Putin’s Russia,” said Mr. Pavlovsky. - If Putin leaves, Putin's Russia should leave too. This is also a dangerous situation. His entourage understands this and wants to preserve Putin’s Russia after his departure. ”

Therefore, the “various factions” of Putin’s “court” will strive to convince the president to name his heir, who will best preserve the interests of the elite group. At the same time, “candidates” must be extremely careful not to be “an immediate threat to the president.” Anyone who is in too much of a hurry can be “cleaned up”. In short, "openly seek the title of heir," no one should.

And yet it’s obvious: there are signs of “Putin’s tiredness,” the journalist writes. And because of this, several of the toughest leaders among the elite have open scandals. The case of Ulyukaev, who faces up to 10 years in a penal colony, reaches out to Sechin, the “former military intelligence agent”: after all, Mr. Ulyukayev did not plead guilty and accused Mr. Sechin of developing a cloak and dagger. Then the former minister warned the Kremlin’s elite: someone's file could be next!

In addition to Ulyukaev, Sechin seems intent on crushing AFK Sistema, a rich investment company, against which lawsuits have been filed, despite public warnings from Putin himself, continues to be an American journalist.

Finally, Sechin publicly promised to work with Chechen leader Ramzan Kadyrov. Both are showing an increasing desire to "act independently of Putin."

According to analysts, McFarkar points out further, the more Mr. Putin becomes a “lame duck”, the less he can influence the choice of “successor”. The number of "Kremlin insiders" will only grow. 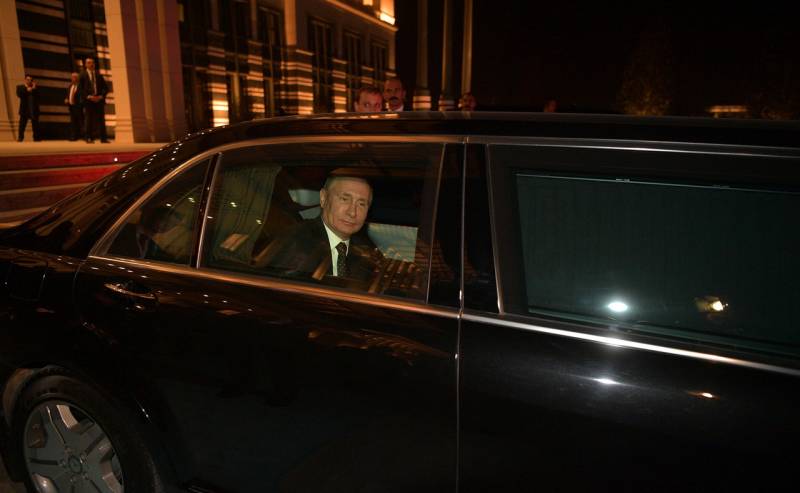 The topic of the aforementioned Supreme Military Council (or the Security Council), which MacFarkar spoke about, received an unexpected continuation in the Slovak press. It turns out that the Kremlin, through the special services, decided to take the hands of Russian science.

As Marian Balaz writes on the portal Aktualne.sk (Slovakia), the Kremlin "again attacked freedom in Russia." This time, "restrictions have touched science and research," quoted the Slovak material "InoSMI".

Since 1993, Russian scientists are obliged to submit to the special services for approval “all of their research, scientific work and articles related, for example, to industry”. But recently, Putin went further and changed the law on state secrets: his action was extended to all areas of science and research related to new products and discoveries. And now universities and research centers "should require their scientists to send their works for approval to the special services." For example, the Moscow State University Biological Faculty has already compiled an “instruction for employees, according to which all their works must be approved by special services before presentations at conferences or published in journals.”

A certain researcher of the “largest university of Russia” stated that this was “a return to Soviet times, when permission was needed to send an article to an international journal, which stated that the results were not new and not important, which means that they could be published abroad ".

The new system works like this: before publication of labor in a journal or before a presentation, a scientist is obliged to request permission in the First Division of the FSB. The relevant department is open "at every Russian university and research institute."

This is “the complete degradation of academic and research freedom, the return of censorship and the demotivation of the academic and scientific community,” concludes Marian Balaz. Where will Putin come with such ideas? After all, the Russian government wants the five Russian universities to 2020 year entered the hundred best universities in the world. But "the measures taken by Putin contradict such goals." And even worse is that "such steps, apparently, are aimed at eliminating the critics of the Putin regime." “If a researcher critically responds about Putin and his policies, the security services will not approve his research and, thus, hamper his scientific career,” Balaz said.

The theme of “tired Putin” was touched on by the Czech portal iDNES.cz, which was given an interview by the British analyst Mark Galeotti.

In his opinion, Vladimir Putin will not necessarily complete a new six-year term to the end.

“He needs a successor to insure him,” the analyst quotes "InoSMI".

“I personally think that Putin is tired,” the expert notes. - It is noticeable that in his public speeches he is not as energetic and full of enthusiasm as before. He began to spend less time in the Kremlin, to participate less in the routine political process. ” “He would be happy to leave if he could,” adds Galeotti. “But the problem is that if he did this, his position would become extremely vulnerable.” Even if tomorrow he signed a law that no former president can be judged, someone else can repeal this law. Therefore, Putin needs a successor who will insure him. ” And if Putin succeeds in finding a replacement for himself, he is unlikely to “hold the presidency for all six years.”

So, foreign, and at the same time Russian analysts have two versions of the history of the future.

1. Putin is leaving, having worked another six-year term in the Kremlin. Even during his stay in the chair starts an uncompromising struggle for power and influence among the representatives of the current Putin "court". Actually, the fight has already begun, and among the fighters in the front ranks is Mr. Sechin, who, due to his considerable influence, is often mentioned by various experts.

The Putin system, left without an obvious heir, can break down, and Russia will face a new, unknown future.

2. Putin leaves the seat in the Kremlin ahead of time, not having worked for six years, and, like Yeltsin, transfers his post to his chosen successor. A person whom he fully trusts.

In this case, the Putin system as a whole will continue, and the country will not expect major changes. Scientists at the same time finally fall under the hood of the FSB and degrade: some European experts believe in this.

However, the question of the successor seems to almost all experts to be extremely doubtful: after all, Putin "does not trust anyone."

Ctrl Enter
Noticed oshЫbku Highlight text and press. Ctrl + Enter
We are
Standing on the Nile. The battle for water begins in AfricaSyria: Americans scare themselves, and Asma Asad buys chairs
Military Reviewin Yandex News
Military Reviewin Google News
186 comments
Information
Dear reader, to leave comments on the publication, you must to register.