Konstantin Semin: Medals will not affect the medical diagnosis of consumptive patients 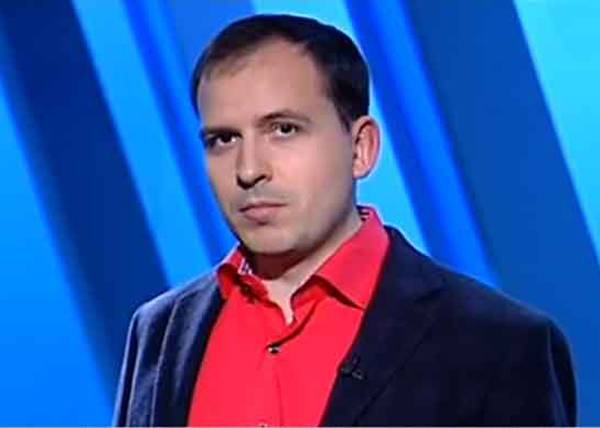 The poem from my October past sounded like this:

"I want to meet Lenin's grandfather,
I would like to say to Ilich:
"Grandpa Lenin, Ilyich dear,
Let's walk around Moscow with you.
If you want, I'll show you everything,
Everywhere I take you.

Today a question comes to my mind more and more often: how would grandfather Lenin react to this or that disturbing society event? Well, for example, on the decision of the IOC and VADY?

I will try (based on the 55 volumes of my grandfather, rescued by me from one school in distress) to think and compose for him. But first, let's imagine that I drove Lenin's grandfather not in Moscow, but in my native Sverdlovsk, from which I had just returned.

At first, grandfather Lenin would know that the city is again called Yekaterinburg, since Sverdlov turned out to be a Jew and a Christ seller, who authorized the ritual killings, on the fact of which a church procedural check is currently being carried out. In this regard, the streets and squares of the city returns historical justice. The monument to Ivan Malyshev, the head of the regional committee of the RSDLP, executed by the Dutovsk Cossacks, was removed from the street (as yet) on March 8th. But on the facade of the house on the street (so far) K. Liebknecht appeared a gigantic image of (presumably) Catherine. It is claimed that the artist wrote the empress with the daughter of the oligarch A. Bakov, who now heads the Russian Monarchist Society.

Grandfather Lenin would know that the square around the Square (for the time being) Kommunarov has been cut down for FM2018, and behind it - between the new quarters of expensive housing built by oligarchs - stands a huge stadium. That this stadium was erected twice (in the place of the old, Soviet), but for the first time two billion were thrown to the wind, because "I did not like it." Broke. Like.

Grandpa Lenin would have learned that after the World Cup 2018, an international team will play football at the stadium, consisting of legionnaires bought by oligarchs in different countries. And the team will be financed not only from the pocket of the oligarchs, but also from the local treasury, where there has long been no money for education, health care, children's clubs and sections.

Grandfather Lenin would have learned that in a country that considers itself the heir of the USSR, there is practically no mass and free sports left - neither children nor adults. That sport, physical education in general ceased to be part of the lifestyle of a modern person. That this person is engaged in sports through TV, pumping up primarily the vocal cords and the patriotic muscle invisible behind a layer of abdominal fat.

Grandpa Lenin, perhaps, would have rejoiced at the preservation of the monument to himself on Lenin Street (for the time being), passing through the square (for the present) 1905 of the year. But then I would tell him that half of the sculptures of the Ural workers disappeared from the building of the City Council. Probably, their athletic folded sports figures do not too boldly coincide with the proportions of modern workers and engineers.

Then grandfather Lenin would frown and most likely would say:
- I did not live to see the first Winter Olympics for exactly four days. However, it would hardly interest us then. Only two years have passed since the establishment of the USSR, we were in a trade blockade, struggled with the post-war devastation and famine.
But looking at modern Russian sport and the euphoria around it, I can offer the following theses. Your business is to use them or not:

- In the slave-owning, feudal, capitalist society, sport is only a kind of gladiatorial battles, nothing more than a way to distract the masses from their class interests, to overshadow the spectacles of injustice in the distribution of bread. Bourgeois sport generates imaginary solidarity, and along with it - solidarism, corporateism and - like you, the descendants who watched the German 1936 Olympiad of the year, you know very well - pouring water on the fascist mill. I would advise you to learn to distinguish the Stalinist athletes from the nazi blond beasts. Otherwise, why do you go to the "Immortal Regiment"?

- Bourgeois sport cannot but be arranged in the same way as bourgeois production or bourgeois culture. Athlete, musician, writer in it act as a seller of their labor. The highest ideals, the noblest aspirations are embodied and put under the hammer. At some point, any sport begins to resemble a racetrack or a boxing ring from the stories of D.London. It is impossible to imagine the sport of profit without bribery, blackmail and forgery. Behind the screen of catchy and beautiful slogans hides disgusting nature.

- In the modern world to you, just as in the world in which the Second International had to work, the contradictions between the imperialist states reached a critical point. A series of petty armed conflicts and clashes threaten to turn into a new global massacre. In anticipation of this slaughter, rival bourgeois groups strike each other with sensitive blows: they introduce trade barriers, finance insurgent movements, order incriminating campaigns in print. Sport is turning into an auxiliary arena, where the bourgeoisie can sort things out, where a more powerful and ferocious bourgeoisie can revealingly humiliate and dishonor the bourgeoisie smaller.

- Your bourgeoisie is just that. And in sports, and everything else. Its only task is to defend its place in the sun in a dispute with the dominant bourgeoisie. Best of all - hitting his hands, bargaining for acceptable conditions for joining the club of "civilized countries". For the sake of these conditions, your bourgeoisie is ready to sacrifice and renounce anything. Except, of course, your property and your chains.

- The world imperialists who are bringing you up now are more experienced, smarter, more bloodthirsty, and toothy. As the wolf understands the sheep he meets on his way, they perfectly understand the psychology of your bourgeoisie, all its experiences. They know that by insulting your weak bourgeoisie for insulting, they first of all beat the fragile solidarity that she tried to grow. They mark in the holy and painful today - sporting patriotism. In the last, maybe, take it easy. Tomorrow they will go even further. Deprive your team right to participate in the championship, while maintaining the championship for you. That will be a clear sentence of the younger bourgeoisie from the older: You can serve, you can not play.

- In this regard, turning from side to side in the Mausoleum, I would advise you not to shed tears and break your spears about what flag your team will go to or not to go to South Korea. It is necessary to shed tears and break spears about the whole situation - in society and the economy. It depends on it the state of children's and adult sports, as well as the notorious "health of the nation."

For the USSR, medals at olympiads were proof that everything is in order with health, and free courts, stadiums and swimming pools are filled with people for a reason. To a consuming patient, medals can elevate mood and self-esteem. However, they will not affect the medical diagnosis.

Ctrl Enter
Noticed oshЫbku Highlight text and press. Ctrl + Enter
We are
About Stalin and KhrushchevWhat you didn't want to know about England
66 comments
Information
Dear reader, to leave comments on the publication, you must to register.