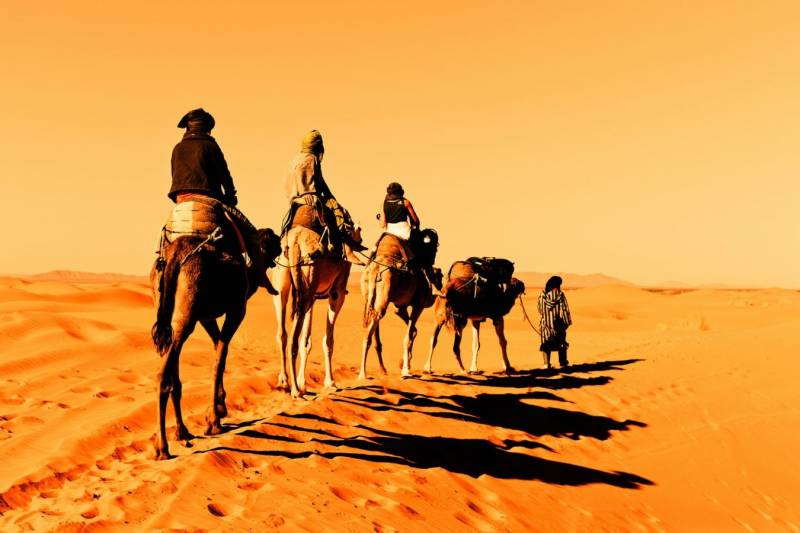 The resignation of Hariri (“The first prisoner in an undeclared war”) forced the experts to analyze the situation in the context of internal peripeteia in Saudi Arabia, its interaction with Israel against Iran, which is controlled by the Lebanese Hezbollah, whose weakening is one of the foreign objectives of Riyadh and Jerusalem. However, the overwhelming majority do not see another factor, without which the meaning of the crisis cannot be understood. It's about the interests of China, which extend far beyond East Asia.

Recall: 10 November, Lebanese President Michel Aun met with ambassadors of several countries, including Russia, the United States and China, to familiarize them with the state of affairs in the country after Prime Minister Saad Hariri fled to Saudi Arabia. After the meeting, Wang Kejian told reporters that the PRC supports Lebanese sovereignty, appreciates the favorable political trend that has emerged over the past year, and hopes that it will not be interrupted due to any sudden events. If we look at the situation in a geostrategic context, it will become clear that there is much more behind the words of the diplomat than just on duty concern.

Since the PRC announced the creation of the Silk Road Economic Belt and its maritime component, it is impossible to ignore the fact that crisis phenomena in the territory of Eurasia in most cases occur where its branches grow. The American obstacles to the Chinese project are part of the effort to contain a geostrategic competitor. The value of the Silk Road is difficult to overestimate. This is a national idea. No clan in the top of the CCP stands against it. There is not a single line in the official media criticizing the project, which speaks of a consensus in the Chinese elite regarding the development of the path in accordance with its original intention. Moreover, the struggle is being waged to push their provinces into the number of regions from which the Silk Road branches will begin. Thus, consolidation around the project takes place on two levels at once: vertical - at the political top and horizontal - among representatives of various regions, the differences between which are often as great as between countries within the EU. Any processes that can adversely affect the progress of the project are perceived in Beijing very painfully.

To understand the connection between the aggravation around Lebanon and Chinese interests, let us turn to what is happening in the Middle East. Young Crown Prince Muhammad bin Salman will be able to become king of Saudi Arabia in the near future. At the same time, it is difficult to imagine that the revolution organized by the heir from above, which began with the imprisonment in the five-star Ritz Carlton and the placement in a secret prison of political prisoners under the Royal Chancellery of a number of officials, oligarchs and security officials, was carried out without definite consent from the United States. The question is, what exactly did the Americans demand from the Saudis for moral support. It could be about two things: armory contracts that were signed during Trump's tour of the Middle East, and the confrontation with Iran, which in recent months has managed to achieve some success both in Syria and Iraq. This, of course, did not go unnoticed by geopolitical opponents. They launched counterplay in Lebanon to strike at Hezbollah, force it to get bogged down in the struggle on its own soil and leave Syria, thereby depriving Iran of the most powerful tool for creating a Shiite belt. However, in parallel, the task of a higher level was being solved, namely, the containment of China, which sees Lebanon as one of the important transport and logistics points in the Silk Road project.

It should be understood that the Central Asian and Middle Eastern countries are important, but intermediate links. Beijing’s goal is to link European markets and drive out American competitors. Goods supply paths are diversified. If the Middle East route is closed, the Russian still remains, just this option for the Chinese means dependence and, therefore, vulnerability, which they are trying to avoid. At the same time, Washington sees in the Silk Road a direct threat to its national interests and will do everything to prevent a competitor from gaining strength in the European direction. In this matter, there is almost absolute consensus in the American establishment.

Comparison of the domestic political situation in the KSA and China seems unclear to many, but it suggests itself. Kronprinz bin Salman, through the elimination of the potential opposition, solves two important tasks: strengthens the power (personal and his own clan of the Judges) and in the most rigid form takes money from his opponents to implement the Vision-2030 project. Without a technological and social breakthrough, the Saudis will not be able to adequately respond to the threats of a multipolar world, and this requires moving away from the corny, ultra-conservative rule that reigns in the kingdom. Revolutionary processes are impossible without full mobilization of resources, consolidation around a single center of forces and elimination of dissenting elements. To this end, as soon as possible, a special body was created - the Higher Committee for Combating Corruption, which essentially performs the functions of the Soviet Cheka. The difference is that in Russia there was a genuine “revolution from below”, with a fundamental change in the socio-political and economic system, and the Saudi “revolution from above” is changing only with the composition of the top. In China, this role, with the amendment to the absence of such extreme situations at the present time, is performed by the highest party secret service - the Central Commission for Discipline Inspection, which until recently was headed by Xi Jinping's associate Wang Qishan. According to the results of the plenum of the Central Committee of the CPC 19-th convocation, he was replaced by Zhao Letsi, the former head of the organizational department of the CPC. Wang Qishan immediately after the 18 plenum, when Comrade Xi was elected General Secretary of the CPC and Chairman of the CWS, began a large-scale anti-corruption purge that affected about two million people. Hundreds of thousands of officials and party personnel were under investigation, including heavyweights such as Bo Xilai, ex-member of the CPC political bureau and ex-head of the city’s central committee of Chongqing city, as well as its patron, former permanent member of the CPB Central Committee’s political bureau, who represented the special services and "Oil group". Both on corruption charges received life sentences. By strengthening his own power, Xi achieved a level of recognition that only Mao Zedong and Deng Xiaoping had before him. Sinologists-analysts are sure: there is a possibility of extending C's powers for a third term, which is a violation of two institutions at once, including the “67 rules” (persons whose age has exceeded this mark cannot hold senior government posts). Thus, both in KSA and in China, the leaders decide the issue of strengthening personal power by holding on to the iron grip of political opponents, simultaneously promoting their own project and their own vision of development. The main difference in political models, as well as the speed of decisions. If in the case of Saudi Arabia the process is of an extremely revolutionary nature, in China it is extended in time.

Thus, we are witnessing another geopolitical crisis with a potential for escalation, in which there are three levels of confrontation: local (intra-Lebanese between the political leadership of the country and Hezbollah), regional (through KSA / Israel-Iran) and global (US - China), with some intermediate variations.

Ctrl Enter
Noticed oshЫbku Highlight text and press. Ctrl + Enter
We are
Repression in the name of reformWhat you didn't want to know about England
Military Reviewin Yandex News
Military Reviewin Google News
2 comments
Information
Dear reader, to leave comments on the publication, you must sign in.