Poroshenko compared the Ukrainian "cyborgs" with the Spartans

December 12 2017
97
President of Ukraine Petro Poroshenko does not get tired of surprising people with his statements. Recently, speaking to the servicemen of the Armed Forces of Ukraine, he declared that they were "warriors of peace." This time, speaking on the occasion of the Day of the Ground Forces of the Ukrainian Armed Forces, he compared the security officials who participated in the battles at the Donetsk airport in the autumn of 2014 in the winter of 2015, with Spartans. 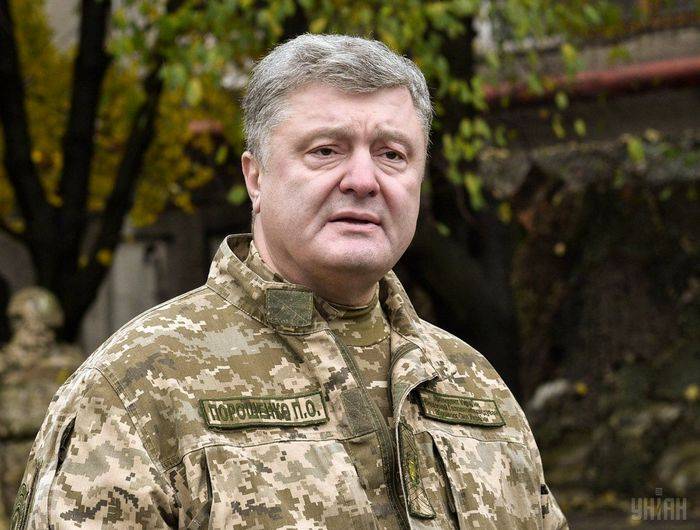 Forever will enter history Of Ukraine the feat of the “cyborgs” of the Donetsk airport, surpassed the glory of three hundred Spartans, the invincibility and swiftness of the “Black Brigade”, resilience, courage and invincibility of all soldiers - infantrymen, tank crews and gunners, representatives of other branches of service, combat and logistical support, who, every minute risking life on the "zero", reliably stand on the protection of not only their homeland, but also the whole of democratic Europe
- Poroshenko declared.

According to him, the ground troops "daily prove that there is no such force that can violate the spirit and will of the Ukrainian soldier."

Recall, the confrontation at the airport in Donetsk lasted for 242 of the day and ended with the retreat of the Ukrainian security forces. According to the Ministry of Defense of the DPR, the total number of losses of soldiers of the Armed Forces of Ukraine in the vicinity of the airport was about 600 people. All buildings on its territory were destroyed during clashes.