December 12 2017
16
Commander of the North fleet Russia, Nikolai Evmenov was awarded the rank of admiral, follows from the decree of the President of the Russian Federation on conferring the military ranks of senior officers, published on Tuesday on the legal information portal. 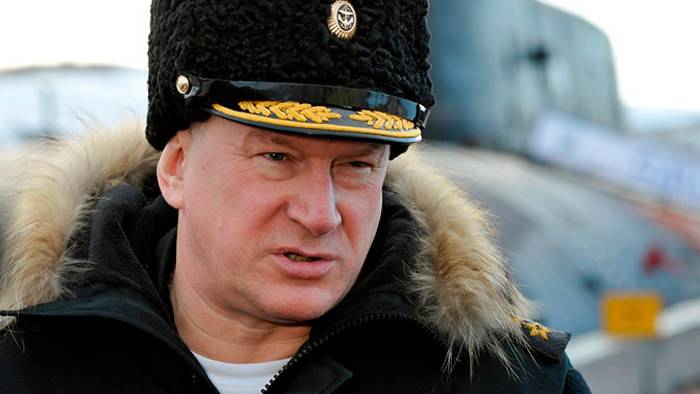 In addition, according to the decree, the rank of major general was given to the former chief of the Black Sea Fleet Gennady Zagonov.

In 1998, he graduated from the Admiral Fleet Naval Academy of the Soviet Union N.G. Kuznetsova, in 2003 - Military Academy of the General Staff of the Armed Forces of the Russian Federation. Commanded compounds of nuclear submarines of the Pacific Fleet.

In December 2011 was appointed commander of the submarine forces of the Pacific Fleet.

During his service, Vice Admiral Nikolai Evmenov was awarded the Order for Military Merit (2006), For Maritime Merit (2015), and departmental medals of the Ministry of Defense of the Russian Federation.


"Military Review" congratulates Nikolai Anatolyevich on conferring the next rank and wishes success in the difficult service to protect our Motherland!

Ctrl Enter
Noticed oshЫbku Highlight text and press. Ctrl + Enter
We are
The centenary of the navigational service of the Air Force of RussiaDay of the navigator service of the Air Force of the Russian Federation
Military Reviewin Yandex News
Military Reviewin Google News
16 comments
Information
Dear reader, to leave comments on the publication, you must to register.