From a statement by the NATO press office:
The Allies congratulate the Secretary General of the Alliance and are fully confident in his ability to continue conscientious and high-quality work, the purpose of which is to increase NATO’s readiness to meet the challenges of the 21st century. 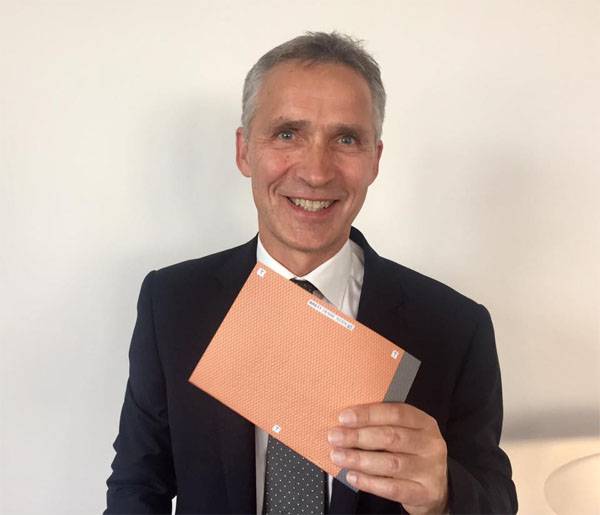 Recall that Stoltenberg has no serious relation to the military sphere. In Norway, he served as finance minister and head of the Ministry of Industry and Trade. If Stoltenberg’s term of office is extended, this suggests that today's North Atlantic military bloc requires first and foremost good financiers and traders. In fact, this thesis is confirmed by US President Donald Trump, who requires NATO members to abide by the statute and allocate at least 2% of GDP to the military bloc budget. From Stoltenberg in the near future will be asked to accurately monitor the compliance of all member countries with the financial requirements of NATO. That's why they leave it in the chair.