As previously reported, a new artillery brigade was recently deployed in Kolomna near Moscow. She is a member of the 20 th Army of the ZVO under the command of Major General Alexander Peryazev. 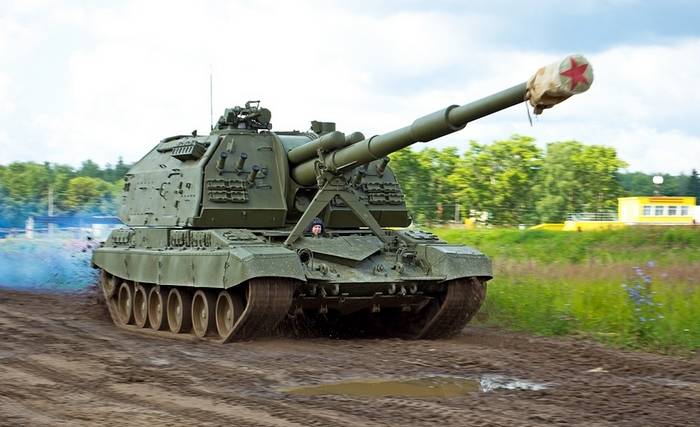 The upgraded self-propelled guns 2C19М2 "Msta-S" new artillery team received the first in the Russian army. In addition, as reported by the district, by the end of this year, around 10 of the newest anti-tank Sturm anti-tank missile systems will go into service with artillery formations.

The MNTAXMX 2X33 howitzer is armed with an 2-65 152-mm caliber gun with a speed of more than 10 rounds per minute, which is higher than other artillery systems. Such indicators were achieved thanks to the modernized design of loading mechanisms.

The MLRS "Hurricane" is designed to destroy sheltered manpower, lightly armored and armored combat vehicles, artillery, tactical missile systems, command posts, communications centers and other enemy infrastructure. "Hurricane" allows you to fire, as a single rocket projectiles, and a full volley of 16 guides on targets in the area about 40 ha, located at a distance of 35 kilometers, reports RG-Sil