Matserevich: We have determined that there were explosions aboard the Tu-154

December 12 2017
64
The head of the Polish Ministry of Defense, Antoni Matserevich, once again raises the subject of the crash of the Tu-154 airliner that occurred near Smolensk. Recall that in that disaster President of Poland Lech Kaczynski and his wife and many other representatives of the political elites of the state died.


On the air of Polish Radio, Matserevich again declared the explosion that had allegedly occurred on board the airliner, adding that "there is irrefutable evidence of this."

From the statement of Matserevich:
We can confirm that two explosions were definitely identified. They are unambiguously described: the place of origin, the striking power. 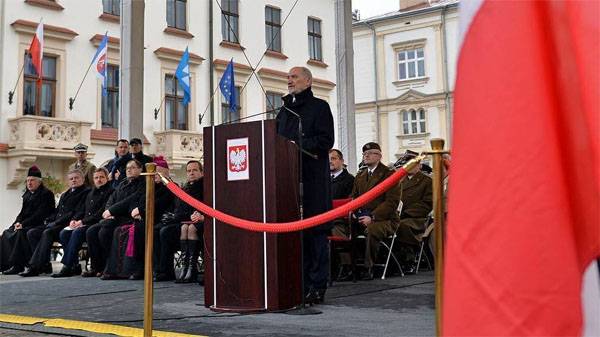 At the same time, the Polish Defense Minister announced that the previous Polish commission, which had been investigating the causes of the crash of Polish side No. XXUMX, allegedly had hidden from the public the “fact of explosions”.

Thus, Matserevich actually announces that the presidential Tu-154 was blown up at the very moment when the airliner was landing, literally a few seconds before the collision with the ground. In Poland itself, such statements by Matserevich are called attempts to strike at political rivals.

At the same time, Matserevich does not comment on what drunk commander-in-chief of the Polish Air Force did in the cockpit, as he does not comment on the actions of the pilots, who finally refused to divert the Tu-154 to the alternate aerodrome and under the most severe weather conditions to land the plane under obvious pressure from the “main passenger” ". Nor is it said where in the case of explosions were traces of the explosive on the liner wreckage?