December 12 2017
23
Pyongyang believes that he defeated the United States and its allies "in political and military confrontation," reports TASS with reference to the written statement of the DPRK Permanent Mission to the UN. 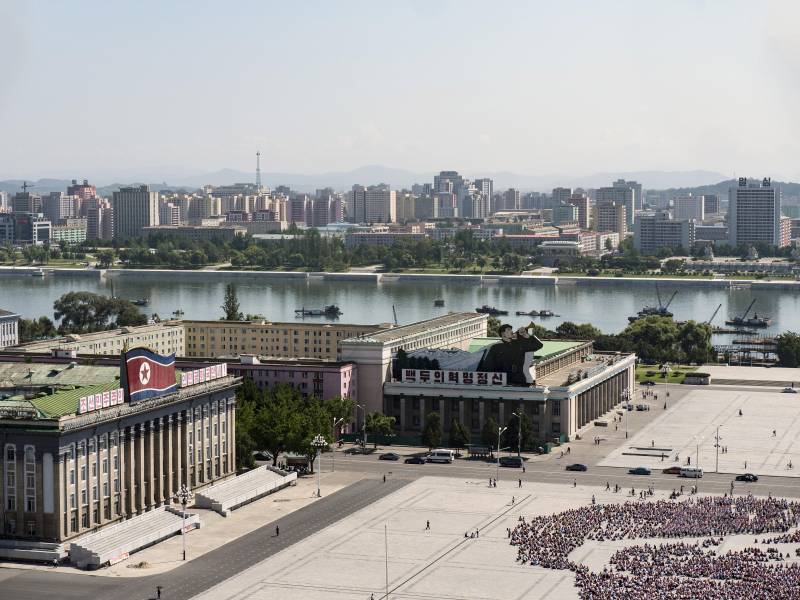 The statement was circulated in connection with the meeting in the Security Council on the situation of human rights in the DPRK.

If the United States and other hostile forces think to intimidate the DPRK in a discussion in the Security Council of issues related to human rights, then these dreams will not come true. Their despicable plot does not frighten the DPRK. We denounce and resolutely condemn this meeting, which is an act of despair of hostile forces that lost in the political and military confrontation with the DPRK, which has openly become a nuclear power,
the statement said.

According to the Permanent Representation, the United States and its allies, who undertake a discussion of human rights issues in the Security Council, “neglect the UN Charter” and the opinion of the “majority of the member states” of the organization.

The agency recalls that the UN Security Council on Monday at a public meeting discussed the situation of human rights in the DPRK, despite opposition from Russia, China and Bolivia.

Explaining Moscow’s position, Yevgeny Zagainov, Deputy Permanent Representative of the Russian Federation to the United Nations, recalled that “the Security Council has never been and is not part of the extensive UN instruments for the protection and promotion of human rights, and is not intended to ensure their observance and for a substantive analysis of the situation in this sphere” .

Regularly saturating his agenda with non-core issues inevitably leads to dispersal of the Council’s attention and strength, reduced efficiency of its work, as well as further criticism of its going beyond the mandate, politicization and double standards in its work, and weakening confidence in the Council generally,
added Zagainov.

In turn, US Permanent Representative Nikki Haley insisted that the task of maintaining peace and security is inextricably linked with the promotion of human rights.

If you turn to storiesthen it will show that any country that does not care about its people, after all, is caught up in conflict. We have repeatedly seen how this happens,
said Haley, citing Syria and Venezuela as an example.

According to her version, the DPRK authorities "have developed a tough class system to control and suppress the will of the people."

The regime forces North Korean people to work on 14 hours a day, six or seven days a week, often for free. Failure to work may result in imprisonment in a labor camp for a period of six months to two years.
claimed the diplomat.

In turn, the United Nations Assistant Secretary General for Political Affairs, Miroslav Jenca, said that the DPRK continues a chronic food crisis - “partly because of the redirection of resources for military purposes, as well as laws and methods that imply respect for basic human rights, provided that loyalty to the government. "

According to him, the sanctions have already led to a deterioration of the situation in the DPRK: there are problems with transportation and customs clearance of goods, the rise in food prices is up to 160%. At the moment, according to the assistant secretary general, "18 million people in the country - 70% of its population - are experiencing food shortages, and 10,5 million suffer from malnutrition."

Ctrl Enter
Noticed oshЫbku Highlight text and press. Ctrl + Enter
We are
Results of the week. “Look, the whole face is black! Have you ever read Moidodyr? ”
Military Reviewin Yandex News
Military Reviewin Google News
23 comments
Information
Dear reader, to leave comments on the publication, you must to register.