December 12 2017
44
Russian specialists will carry out the overhaul of 12 attack helicopters Mi-24D of the Hungarian Air Force under an agreement signed in late October, reports TSAMTO, with reference to Jane's Defense Weekly. 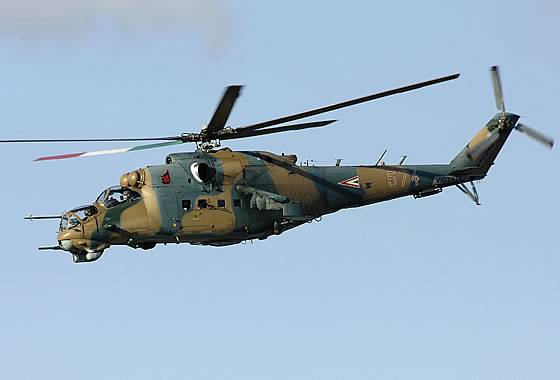 The resource notes that at present the Hungarian Air Force does not use attack helicopters, since about two dozen of the available Mi-24 are unsuitable for flights. The governments which were earlier in power did not allocate money for their service.

This is the second major agreement signed by Russia for the restoration of the Hungarian Air Force helicopters: in 2016, following a tender, the Hungarian Armed Forces signed a contract with the holding Russian Helicopters to repair five multi-purpose Mi-17 helicopters. The first four cars have already been repaired and in May 2017 were delivered to Kechkemet air base.

It is reported that the Mi-24D of the Hungarian Air Force "is equipped with anti-tank guided missiles 9M114" Sturm "and NAR C-8, but both systems require work to extend the resource."

As noted in the material, "having signed the agreement, the Hungarian government demonstrates special relations with Russia, which are not welcome in Brussels and Washington." Do not support the "Hungarian way" and a number of politicians in the republic itself. In their opinion, the repair of helicopters could be carried out in Poland or the Czech Republic.

The publication also notes that Budapest made a decision on the overhaul of the Mi-24D in Russia against the backdrop of the refusal of most Eastern European countries to exploit Soviet / Russian weapons and their purchase of second-hand Western-made systems.