December 12 2017
30
According to the portal armyrecognition.com, the Ministry of Defense of the Republic of Korea and the company Hyundai Rotem have signed a contract for the supply of combat vehicles K806 and K808.


According to the signed agreement, Hyundai Rotem will annually transfer to the South Korean army about 100 new armored personnel carriers. In total, the Republic of Korea will receive 500 units K808 and 100 units K806 as part of the transaction. The transaction amount was $ 357 million. 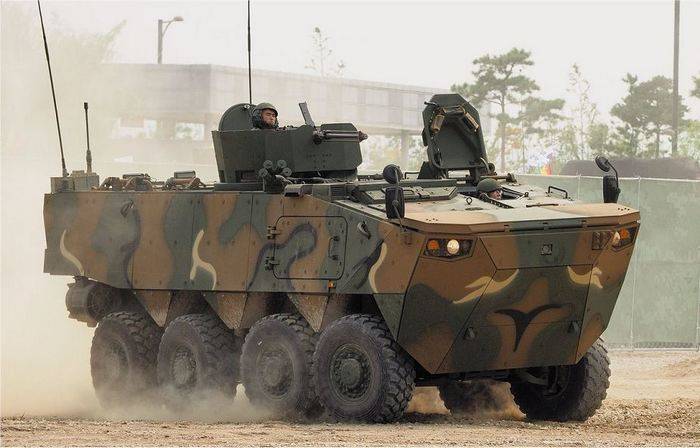 The K808 and K806 armored personnel carriers are designed to replace the K200 and K21 tracked infantry fighting vehicles in service with the South Korean army. The 808 has a wheel formula 8 × 8 and is designed for transporting infantry (including in mountainous areas). K806 with wheel formula 6 × 6 is designed for conducting reconnaissance and road operations. 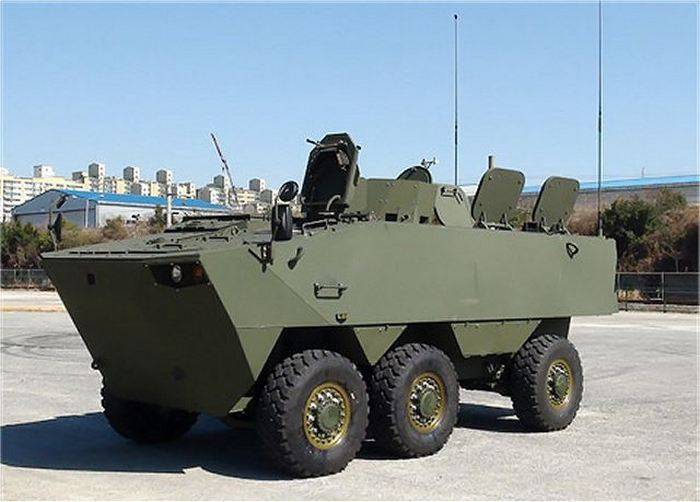 Both cars are amphibious and equipped with 430 l engines. with. capable of accelerating them to 100 km / h on the highway. K808 and K806 can be equipped with various combat modules with machine-gun and rocket weapons, as well as 30, 90 and 120 mm caliber guns.

The development of the K808 and K806 began in 2012, and in May last year, the machines completed passing state tests. K806 machines weighing 16 tons are planned to be used for reconnaissance operations and protecting units on the march. Twenty-ton K808 are designed to transfer troops and actions on the battlefield along with the main combat tanks South Korea reports "Warspot"
Ctrl Enter
Noticed oshЫbku Highlight text and press. Ctrl + Enter
We are
Rise of the Machines: Asia is modernizing its armored vehiclesWorld market and production of armored vehicles (part 3 of 3)
30 comments
Information
Dear reader, to leave comments on the publication, you must to register.