Once again about the "innocent Wehrmacht" 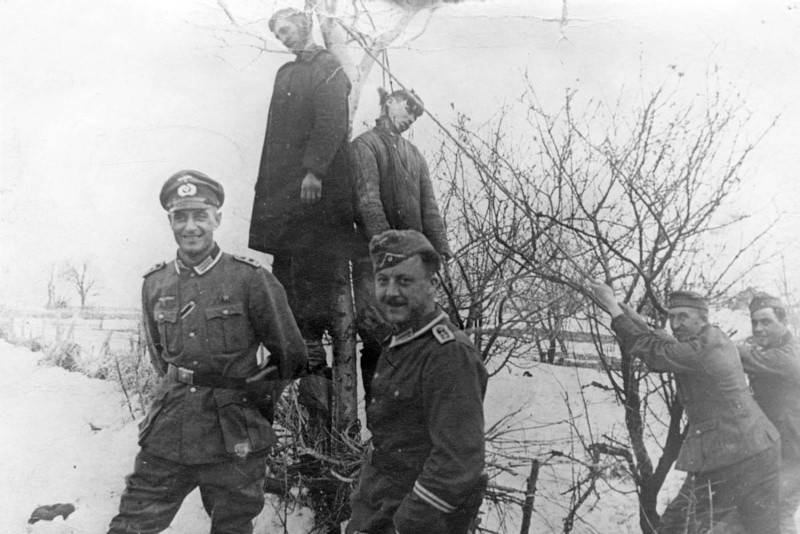 “Modern German historians have done more than anyone else to study the criminal war of extermination and to deconstruct the myth of the“ pure ”Wehrmacht.
Modern German politicians consistently condemn historical Nazism and the criminal war of extermination. In relation to modern neo-Nazism on the East European periphery, German politicians are not so consistent, but this has nothing to do with history. ”
Alexander Dyukov.

Only the lazy one did not speak about the naive "Novy Urengoy boy", and yet. The snag is that this case exposed another, much larger problem of modern Russian-German relations. The trouble is that we categorically lack a common understanding of the events of the Second World War. Missing as a class. Why was it possible to hide for the time being? Well, the Cold War, the Iron Curtain, the language barrier already in the post-Soviet era (Russians do not learn foreign languages, they do not teach), and the general dislike in Russia for “clarifying relations post factum” (unlike Eastern Europeans, which Russians are not).

Attempts by 60-70 years after 45, to bring the German and Russian points of view to a common denominator do not lead to anything good. It quickly becomes clear that this is absolutely impossible. There is a very thoughtful and very logical Russian point of view on the events of the Second World War, and there is a similar German point of view. But they absolutely do not want to be the same. Not at all.

While the conversation goes in general, very common (!) terms, this difference can somehow be hidden, but in any attempt to talk about the war in more or less detail, a frank scandal begins. This very “speech” and the flurry of emotions that followed it are evidence of the fact that something even reached the wider Russian public. We are with germans very look at that war differently.

From the tribune of the Bundestag, the version that the Germans are ready to hear was announced (for obvious reasons). And which in Russia causes complete rejection. That is, the matter is not at all in the “naive, poorly educated” little boy, the problem is somewhat deeper. The problem is that the Germans have their own, very specific view of that war and its crimes. While we speak little and rarely (in broken English we are trying to buy a used Volkswagen Golf), everything looks relatively good, but it’s worth digging deeper ...

The Federal Republic of Germany and its ideology were formed within the framework of the NATO bloc, therefore all crimes were focused on the problem of the Holocaust and material payments for it. The killings of millions of Slavs, as "racially inferior" (and trapped within the framework of the Warsaw Pact), were simply removed from serious discussion. And, speaking of the crimes of Nazism, the German historian, as a rule, means crimes against the Jews, but nothing more. And, mainly in Europe, that is, even Babi Yar is not very interesting to them (unlike the Warsaw ghetto).

It is difficult to understand our man, but the recognition of Nazi crimes (against Jews and their property) is the cornerstone of German post-war consciousness. This is true, and this is not propaganda. The trouble is that to the Russians in general no way, and yes, the Stalin regime was criminal. That is, it is precisely this that can be used as a provocative litmus test: the attitude of modern Germans to the violent activities of Wehrmacht soldiers on the Eastern Front and the occupied territories of the USSR. If someone magically somewhere finds something resembling repentance, I will be very grateful.

In fact, there are "innocent soldiers of the Wehrmacht." And everything, "panimaish" on the boy attacked ... he got to do with anything? If modern Germans do not have special sentiments about the mass destruction of Slavs during WWII, then what do you want from some provincial schoolchild "from the north"? Does he have to take the rap for the entire Russian historical science, diplomacy and journalism (which are so fond of "friendship" with some "new" Germany)?

No, if you read about the Germans and their vision of history “in artistic retelling” of Russian journalists, writers and historians, then all these problems are simply imperceptible (because they are hushed up!). And they are ignored for the simple reason that "Urengoi boy syndrome": they have their own "truth about the war," we "own truth about the war." And it’s impossible to reconcile these truths in any way, without causing a “boiling up of the masses”;

And a bold hypothesis about the fact that Germany fully realized and all repudiated Nazism, unfortunately, is not supported by the facts almost nothing.

Or rather, us really I want to see exactly what it was, but, unfortunately, is not. Alas and ah. Somehow it all reminds active propaganda of capitalism in 80-x - x-90. So in 80, for obvious reasons, they loved to use "positive American examples" (and here in America!), But also in the fucking 90, American "Positive examples" to use and continued. While it is currently already taken place capitalism in Russia, but for the "propaganda", he approached a little less than nothing, because "America," in which "everything is always good."

That is why as a "German understanding" for some reason it is customary to give examples is the realization of the "Lohokosta". An example is convenient because it does not cause disagreements, but if we start talking about the “criminal war of extermination” and not against France, but against Russia, and not about the extermination of Jews, but about the extermination of the Slavs ... then everything will be “not so simple” . And there are no points of mutual understanding with the modern Germans here. In principle, almost any German article “about the war in the east”, translated into Russian and available for comment, causes 800 + negative reviews, sometimes frankly obscene (“InoSMI” had a lot of fun for a long time, if anything, it was in vain that the Russian patriot trolls). Such is the Russian-German "idyll".

A "post-historical", that is, modern?

"In relation to the modern neo-Nazism in the Eastern periphery of German politicians are not so consistent, but that's history is irrelevant."

You know that when, after the WWI, the Germans banned the creation and production of various weapons, they did many things “over the hill”, in the “Scandinavian periphery,” for example. So torch processions for the time being can be carried out "on the periphery."

And why, in fact, quite a positive attitude towards the neo-Nazis in Eastern Europe "has no relation to the story?" That is, the Germans like to "realize" their crimes and the criminal nature of Nazism, "passed the Ladder" and all forgotten? Or how? Where does the impossibility of the revival of the Nazi ideology in modern Germany come from? Based on Ukrainian vector of their policies is by no means obvious. Or maybe the Germans had already tried the Nazi marches in the Baltic?

That is not us this is very, very desirable, and therefore we, like a mantra, utter a rather stupid phrase: "this should not happen again." But, sadly, the Germans have their own history and their own view of this very story. And they, in their opinion, owe us nothing.

As for the widely promoted "economic cooperation": so the Russian Empire and the Germanic trade traded to the envy of the whole world, as well as the USSR with the Third Reich ... but for some reason this did not save us from the war. Business is only business, money is only money, they have no “magic” qualities.

This desire to “put on rose-colored glasses” / “cover the head with a blanket” is present in Russia, when the Nazis are already quite openly marching in Kharkov with the full support of the European Union (led by Germany). We all convince ourselves that this is “only a mistake”, that “everything will be fine”. The history of the two world wars in which Germany attacked Russia, to the "rosy optimism", unfortunately, does not have.

I know what they will say to me in response: there were good Germans living in gingerbread houses, and then the bad Kaiser “Willy der Tsvayte” fell on them from the Moon, everyone had a bite, infected them with rabies, and they went to war with Russia. And then the “bad Hitler” fell on them from the moon, and that is typical: they also had a bite to everyone ... And then the “bad Merkel” cheburakhnulis fell on them from the same satellite of the Earth ... But a good, pro-Russian Kaiser would come to power in Berlin we are all "full Peremoga" (I "deep essence" of Russian foreign policy in the direction of the German lay out). No, there are more fantastic fairy tales, such as "a monument to Armenian-Turkish friendship". In general, the Germans would be nice to instill. From rabies. And the moon "outweigh" to another orbit. For prevention. 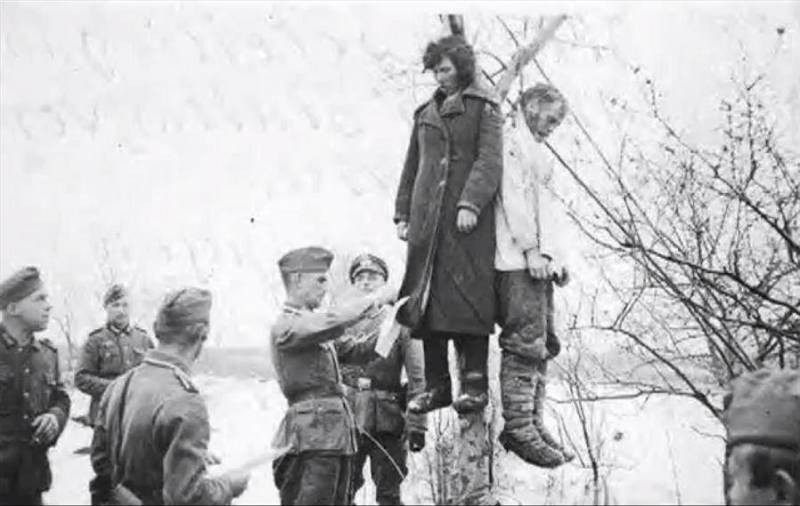