Who will beat anyone in Syria: why did Putin announce the withdrawal of troops 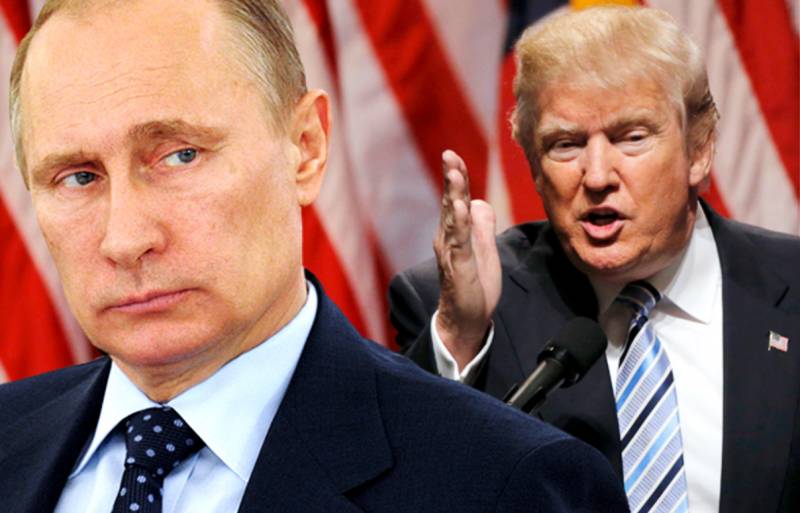 Russia won the war in Syria against ISIS (prohibited in the Russian Federation). But this cannot be her final victory. Its main enemy in the region is not defeated and ready to fight, and therefore Moscow announced the withdrawal of its troops. For what? To win a second war without a single shot.

11 December 2017 of the year Russian President Vladimir Putin arrived at the Russian base in Syrian Hmeimim and ordered the withdrawal of Russian troops from Syria. It would seem that everything in this decision is clear and logical.

Yes, the logic in this decision is just iron, only not the one that many observers put in it.

War that goes into history 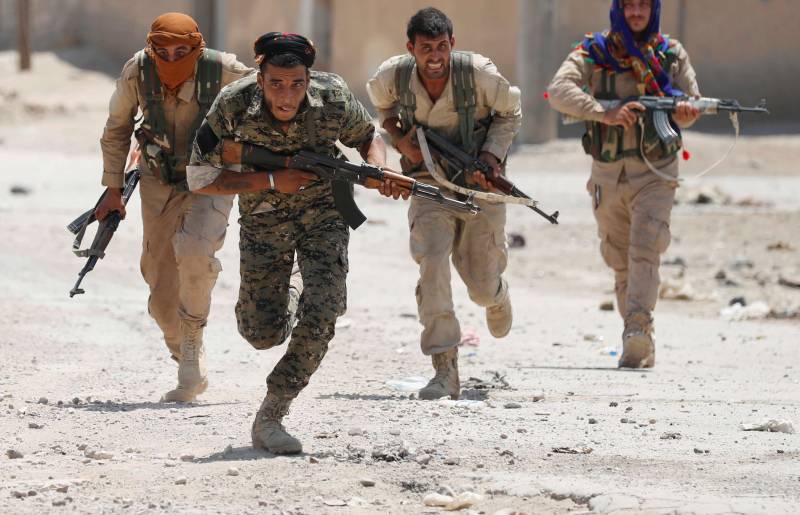 As it was before. Each of the parties to the conflict found its supporters on the territory of Syria and formed out of them combat detachments and political structures. She supplied them weapons, ammunition, trained personnel and covered as far as possible in all international organizations. At the same time, despite the fact that a lot of blood flowed in the country, an open confrontation between the leading world powers was still avoided.

At the same time, the emergence of a US or Russian military in any area of ​​combat operations always cooled hotheads and made the enemy respect the presence of at least respect.

War that will be 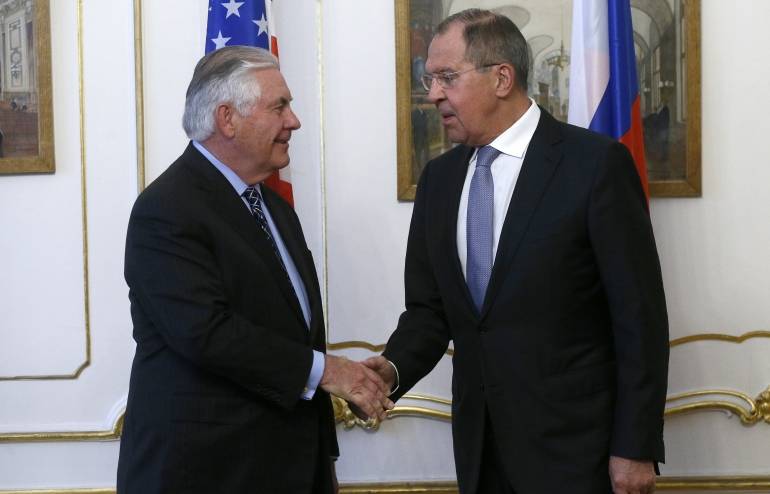 All this worked very well as long as the pro-American and pro-Russian coalitions in Syria were allied to each other. But this relationship was due only to the presence of ISIS terrorists and their so-called caliphate. But today his days are already numbered, the time has come to think: what will happen next?

After all, it is obvious to everyone that the main contradiction, which became the pretext for the beginning of the war, has not disappeared. And it so happened that the last two years, formally, the main opponents in Syria did not fight each other, but together against a common enemy. At the same time, none of them intend to retreat, which means that we must prepare for a new war. Moreover, a special kind of war, where a complete victory will be a situation where the enemy can be subjugated to his will without firing a shot.

Balance of forces of the parties 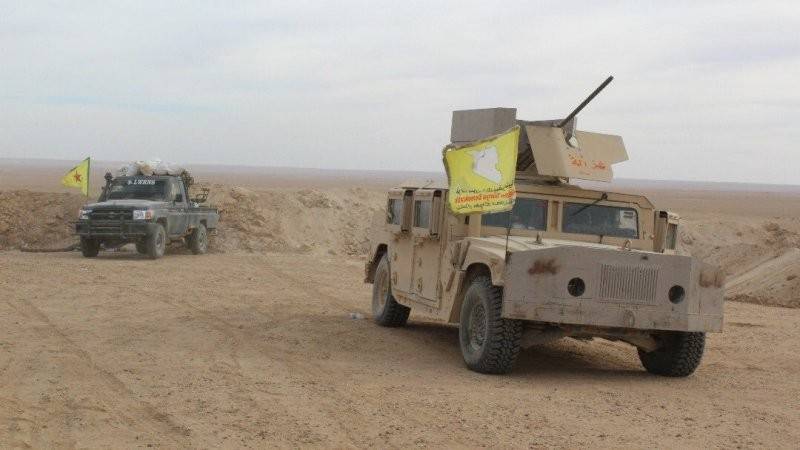 The positions of the pro-American Kurds and the Arab detachments of the Union of Democratic Forces (CDS) allied to them are very weak today. In fact, without the help of the United States, they either have to surrender without a fight, or they will be very quickly defeated by the forces of the government army and their allies.

Already, the territory controlled by the VTS (and Iraqi Kurdistan, they should not be separated from this war) is completely surrounded. Moreover, opponents of pro-Americans are very formidable: the government armies of Turkey, Iran, Syria, as well as groups of Shiite volunteers and ... the army of Russia.

In the event of a conflict, Turkey can very easily block its airspace for the American military transport aviation, and this will be a sentence for the Kurds and their allies. This has already happened once, when Iran and Iraq announced an ultimatum to Iraqi Kurdistan, which declared independence. Almost without fighting, they were able to occupy significant territories, including the city of Kirkuk and several important border crossings on the Iraqi-Syrian border. By the way, recently the first specific threat to the Kurds and the SDS was voiced in Iran:

"In the near future, we will witness the advancement of the government and popular forces in Syria and to the east of the Euphrates, as well as the liberation of the city of Raqqa."

Thus, the strategy of extruding the United States from the region is already being formed. Their allies will gradually be confronted with the need to choose from two options, bad and very bad, and the only real problem here can be the US military.

Moscow and Washington: who will replay whom in Syria 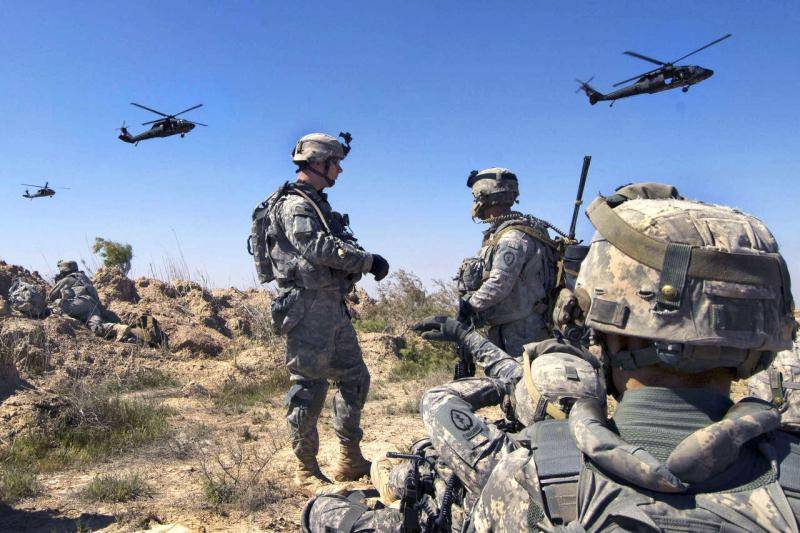 The United States understands that their positions are weak and can only continue to deteriorate. Moscow does not go to the exchange and wants to win the game outright. What does Washington have to do in this situation? By any means, drag out the war in Syria and thus create conditions for justifying the presence of your troops on its territory as long as possible. That is, to draw time, during which, perhaps, a new plan will be invented, or circumstances will change.

Based on this, one can understand the real meaning of Vladimir Putin’s statement. With the withdrawal of the Russian army from Syria (incomplete, of course), he puts Washington in a very awkward position. The war with LIH is over. The allies of Damascus have withdrawn their forces. Moreover, Turkey and Iran are always close by and ready to support it if necessary. And on what basis American forces will continue to be located here is not yet clear.

That is, the withdrawal of Russian troops from Syria is the first step of Russia in the new war. That war that will never be declared. But which is no less important than the one that Moscow and its allies have almost won in Syria. And everyone understands that as soon as the Americans remove their marines from its territory, the days of the Syrian (and Iraqi) Kurdistan will be numbered.

Ctrl Enter
Noticed oshЫbku Highlight text and press. Ctrl + Enter
We are
Reports from the militia of New Russia for 27-28 September 2014 of the yearAutomatic guns for armored combat vehicles. Point of view of a Western specialist
Military Reviewin Yandex News
Military Reviewin Google News
65 comments
Information
Dear reader, to leave comments on the publication, you must sign in.