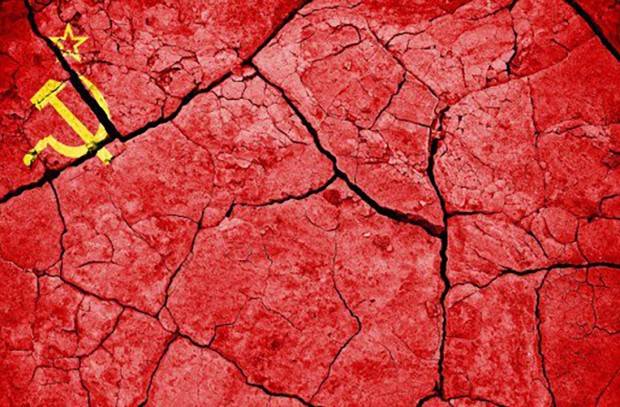 8 December 1991 was the head of the RSFSR Boris Yeltsin, President of Ukraine Leonid Kravchuk and Chairman of the Supreme Council of the Republic of Belarus Stanislav Shushkevich signed the Belovezhskaya Agreement, which is considered to have finally legalized the collapse of the USSR and laid the foundation for the formation of the CIS.

It should be noted that the President of the USSR Mikhail Gorbachev spoke with the draft of the new union treaty. He believed that he had achieved agreement on this from the majority of the leaders of the republics. But Yeltsin, who fought with Gorbachev for power, was ahead of the events. 26 years ago, in the Belovezhskaya Pushcha, the founding states of the Soviet Union signed agreements proclaiming the cessation of the existence of this state.

Much has been written and said about the consequences of the hasty collapse (or rather the collapse) of the USSR. Leaders of all republics, with the exception of Nursultan Nazarbayev, sought to secure independence in order to reassign state bodies. Gorbachev, in turn, hoped to remain the president of what used to be called the Soviet Union.

The most important question for researchers of that period is the attitude of the citizens themselves to the collapse of the USSR. Definitely, one can only say that the vast majority of the inhabitants of the Baltic States wanted to leave the Soviet Union. Estonia, Lithuania and Latvia were the first to declare their independence in 1988-1989.

At the same time, the fact that the plebiscite did not take place in the Baltic States, Moldova, Georgia and Armenia, which at that time were fully engaged in arranging their independence, is omitted. In addition, the referendum assumed the preservation of the Soviet state "as a renewed federation of equal sovereign republics." That is, in any case, the USSR in its previous form could not be.

Russian society, which was de facto the foundation of the USSR, was disoriented. In 1991, Yeltsin seemed a strong leader who knows "how to do better" and "where to lead the country." Citizens of the RSFSR wanted change (of course, it was only positive) and the figure of Boris Nikolayevich became the embodiment of this will. Therefore, the statements in the spirit of "no one wanted to break up" look not very reasonable.

In practice, the parade of sovereignties turned into a monstrous economic collapse in the entire post-Soviet space. The most terrible test for the peoples of the former USSR were civil conflicts. Almost every nationality and even nationality suddenly began to consider itself special, and not a part of something whole and stronger.

The main trend in the newly formed republics was the policy of building a national state. One of the ideological foundations was the opposition of Russia and Russian culture with its richest language. More than 20 of millions of Russians in the Baltic States, Central Asia and the Caucasus instantly felt unwanted guests.

“Russian pogroms” periodically took place in large cities. The Russians were associated with the already hated Soviet past, with the state, which prevented the attainment of the long-awaited independence. Some Russians lost their jobs due to the economic decline. And those who tried to adapt to the new reality, experienced outright discrimination.

In the Baltics, Russians were banned from obtaining citizenship; in the Caucasus and Central Asia, Russians were beaten and forced to go home. The Russians, who mostly worked in skilled and managerial positions, instantly became second-rate people.

Russophobia on the rubble of the USSR was a manifestation of not only unconscious hatred of another people. It was also envy. The Russians brought to the outskirts of the Soviet Union the fruits of civilization: advanced medicine, education, high-tech industry. The Russians held a high social position and the lower classes, consisting of an ethnic majority, experienced what is commonly called an inferiority complex.

For example, few people know that in Tajikistan aviation plant and mining facilities. Dushanbe before the Civil War was literally a flourishing city. Now the republic lacks not only production, but also the economy, since almost all working-age males work in Russia.

This silly infantile joy has remained even today. In the post-Soviet space, we observe it annually in the form of the celebration of Independence Days. Each republic celebrates the Day of the announcement of secession from the USSR as a national holiday. Russia is no exception. We celebrate this Day 12 of June and in parallel helmet congratulatory telegrams to the current leaders of the former Soviet Socialist Republics. Although most of all for this independence paid Russia and the Russians, who lost their home forever.

Ctrl Enter
Noticed oshЫbku Highlight text and press. Ctrl + Enter
We are
What you didn't want to know about England20 years ago Belovezhsk agreements were signed
26 comments
Information
Dear reader, to leave comments on the publication, you must to register.