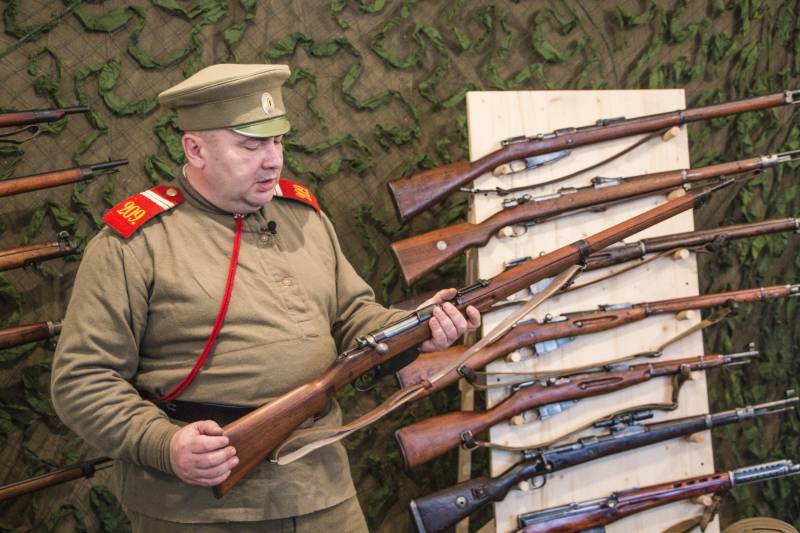 Back in 1888, the city of Friedrich Mannicher created the 8-mm rifle in store, which was tested and adopted for service in Austria-Hungary the same year. It was the first small-caliber Austro-Hungary rifle under black powder. Rifles of this type served in Austria-Hungary until 1895, when the heroine of our story, Steyr Mannicher M1895, was put into service.

With 1890 in the army of Austria-Hungary, smokeless powder was adopted, and Manlicher immediately created a cartridge with this powder with a steel-coated bullet.

The Austrian cartridge served as a model for designing cartridges for many systems, including the Russian cartridge that was used in the Mosin rifle.

The Mannicher rifle of the 1895 model was designed for the same 8-mm cartridge used for the 1888 rifle. Although both rifles have a common cartridge, the rifle designs are different.

The most prominent features of the Mannicher rifle are the “direct action” bolt, with a direct, without a turn, reload when recharging. 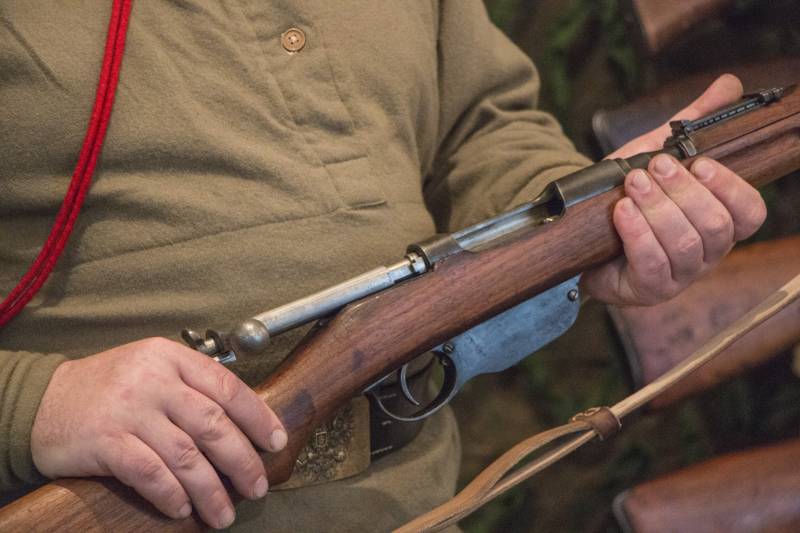 Turning the gate larvae to lock was carried out automatically by special spiral grooves on its stem. This increased the rate of fire and ease of use. weapons, but complicated its design, reduced reliability and increased the force applied by the shooter when reloading. 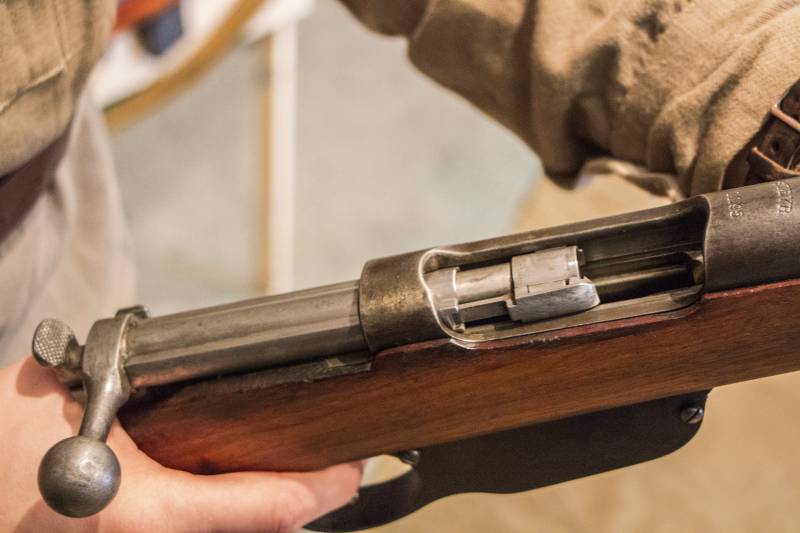 You can rightfully call the Manlicher rifle the “grandmother” of a Kalashnikov assault rifle according to the principle of the shutter. 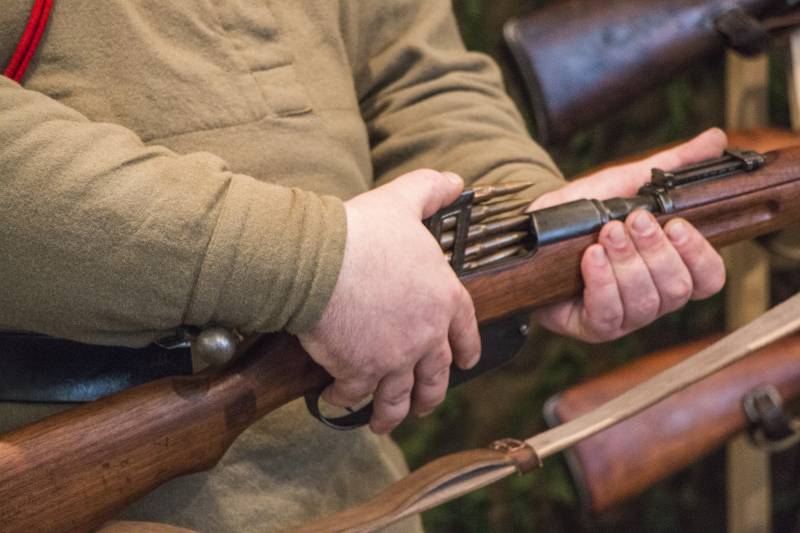 The rifle's intimate shop was filled with a metal pack of 5 cartridges remaining in the store until they were used up, after which the pack falls through a window at the bottom of the store. 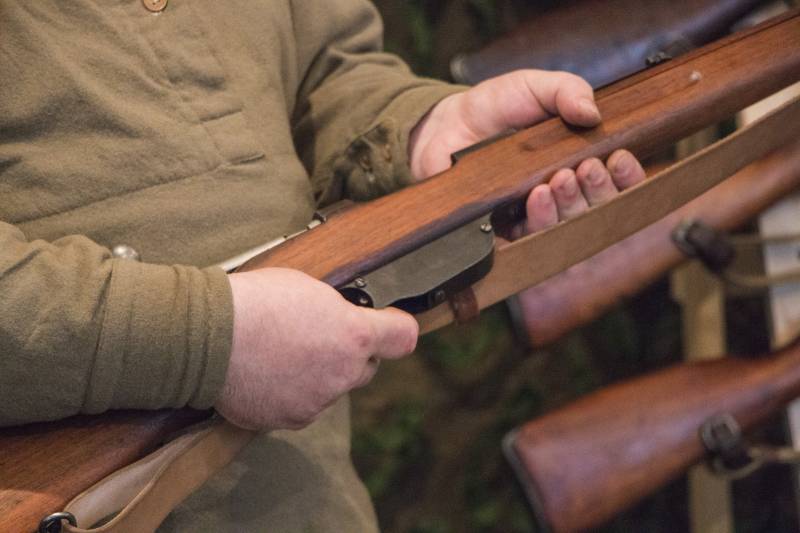 An unused pack can be removed through the open bolt after pressing the retainer located in the back of the magazine, combined with the trigger guard. These rifles used the original grooved packs at the top to facilitate loading.

M1895 was distinguished by high shooting accuracy, rate of fire and durability. Before the First World War, in the officer corps of the Russian Imperial Army, it was considered good practice to criticize these weapons for their sensitivity to contamination because of the large window in the receiver. However, the beginning of the hostilities did not confirm the essence of this problem: the pollution of the mechanism certainly took place, but most of them sank away as easily as they appeared.

Together with a rifle of the 1895 model, the bladed bayonet was adopted by the army of Austria-Hungary. The rifle was shot without a bayonet. The bayonet is worn separately from the rifle. The weight of the bayonet without scabbard is 280 g., The length of the blade is 254 mm. 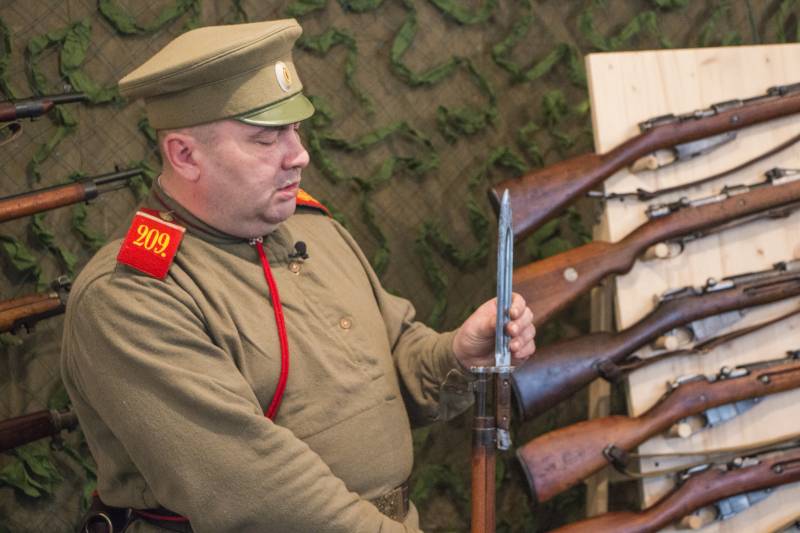 However, the career of the rifle Manlichera was very short.

In the 1916 year, despite the high rate of fire, reliability, convenience, high-performance cartridge, the leadership of the Austro-Hungarian army decided to abandon the Manlicher rifle in favor of a simpler and cheaper Mauser rifle, whose design turned out to be more adapted to production in wartime .

There is an opinion that the possibility of using the industrial resources of the strategic ally of Austria-Hungary, the German Empire, played an important role in making such a decision.

In the Russian Imperial Army, the rifles of Mannicher, which fell as trophies, received a higher mark than before the war. And quite normally participated in the battles against the former owners.

Soldiers of Austria-Hungary parted with weapons in such quantities that the Petrograd cartridge plant produced serially ammunition for captured rifles Mannlicher.

The rifle took part in the Civil War and survived even to the Great Patriotic War, where it was used in small quantities by the militias.

An expert from the club talks about the rifle, its components and other things historical reconstruction "Infantheria" (Moscow region) Andrey Bondar.