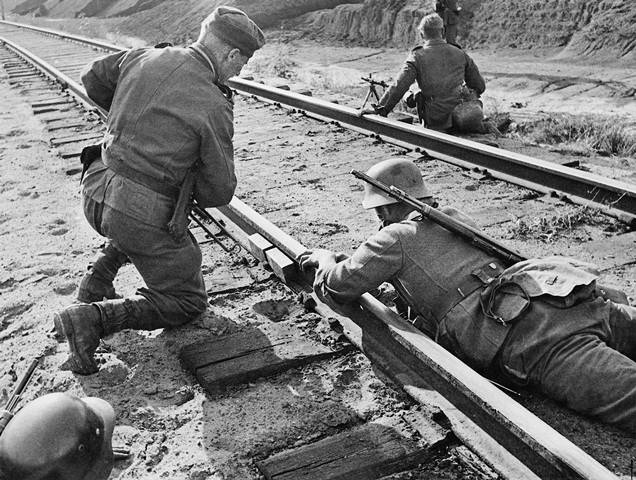 The three small Limits, doomed to live together on the outskirts of Europe, have an unenviable fate. The infrastructure created on their territory after the collapse of the Russian Empire turned out to be useless to anyone - they were initially “sharpened” to serve the vast country and its relations with Western Europe. Exactly the same function of the Baltic States played in the USSR. Plus was the "sign" of the country. For which she received subsidies.

With the collapse of the USSR, the European Union became "underpaying" for Russophobia. But since after the global financial crisis, the crowds of refugees and the flight of Britain from the EU, the money between the three Baltic states became even worse with money.

Lithuania is especially trying. Moreover, she also manages to maintain extremely tense relations with Poland. First of all, due to the oppression of the Polish minority and the hidden claims of Poland on the Vilna region, including Vilnius, and almost the entire access to the sea of ​​tiny Lithuania. In the meantime, this has not happened, there is a real "rail war."

In particular, Vilnius did a "good" business to the Latvians, having dismantled part of the railway between the two states. As a result, it turned out to be impossible to deliver oil products from the oil refinery in Lithuania to the Port of Riga. Vilnius in its justification delirious some "security considerations" when dismantled the way.

That's just the fact that the refinery belongs to the Polish oil concern Orlen, which controls the refinery in Mazeikiai and the oil terminal in Buting. As a result, the EU fined Lietuvos gelezinkeliai (“Lithuanian Railways”) with 27,87 million euros for the analysis of rails in the section from Mazeikiai to Renga (Latvia). The European officials who considered the dispute admitted that they had not yet seen a more brazen example of fighting competitors.

As a result, Vilnius backed off and pledged to restore the dismantled paths before the new year. However, a grudge was harboring in Riga. As a result, Lithuania has not been able to agree with Latvia on the opening of a rail link on the route Vilnius - Daugavpils for six months already. Lithuanian Transport Minister Rokas Masiulis is sure that this is a response to the ways that Lithuanians have previously disassembled.
We were very surprised that this permission was not issued by the Latvian side. There is such a weak suspicion that, perhaps, it is connected with this our site of Renyg and that it is rather not an economic, but a political step.

- he said at the “government hour” in the Lithuanian Seimas

Perhaps the minister and rights. But the trouble is that such "political" steps will continue in all directions. The EU has already begun reductions in all possible assistance programs. Even without waiting for the 2020 of the year, when the current term of macrofinancial assistance to the Baltic States will end.

But then it will be even worse. Not a problem to restore a small section of the previously dismantled railway. As not a problem and agree on the passenger message. The problem is that even the long-term and multibillion-dollar gratuitous assistance from the EU funds could not stop the aging and destruction of the existing road infrastructure.

According to experts of the World Economic Forum, in which the infrastructure of various countries was assessed, Latvia took the 99 position, giving up even Senegal (97 place), Zimbabwe and Zambia (95 − 96 place). According to last year’s CSDD report (Road Safety Directorate), more than 45 percent of cars cannot pass inspection due to faults resulting from driving on bad roads.

The Latvian State Roads Minister admitted that as of the 2015 year, despite EU assistance, 46 percent of asphalt roads and almost 42 percent of unpaved roads are in unsatisfactory condition. Lange said that it is necessary to double the cost of repairing asphalt pavement and four times the repair of bridges.

But this is just impossible - the EU funds are shrinking and each of the three Baltic border countries is forced to survive alone. Their only common joy will be the implementation of the Baltic Railway project, which is partly funded from EU funds.

But the trouble is that the scanty budgets of the three limitrofs will also have to be invested in this construction, which has already been defined as unprofitable - the republic is not able to ensure the self-sufficiency of the project.

So ahead of the Baltics are waiting for even stronger shocks, inevitably arising from those who are pressing the economic feasibility of the political situation.

Ctrl Enter
Noticed oshЫbku Highlight text and press. Ctrl + Enter
We are
"The right to vote", the West and RussiaResults of the week. "Well, do not change me because of every idiot!"
Military Reviewin Yandex News
Military Reviewin Google News
30 comments
Information
Dear reader, to leave comments on the publication, you must to register.