December 12 2017
158
January 1 comes the new year, and new anti-Russian sanctions measures also come into effect. The corresponding document, generated in the bowels of the US Congress and linked to the sanctions against Iran, was previously signed by the American President Donald Trump. The sanctions will affect several major Russian enterprises in the sense that cooperation with them is prohibited for American companies. Rosneft, Gazprom, Lukoil, their subsidiaries and other companies with Russian jurisdiction are on the list. In addition, the States intend to take on representatives of large Russian business and posherstit their accounts in banks in several foreign countries, including offshore companies. 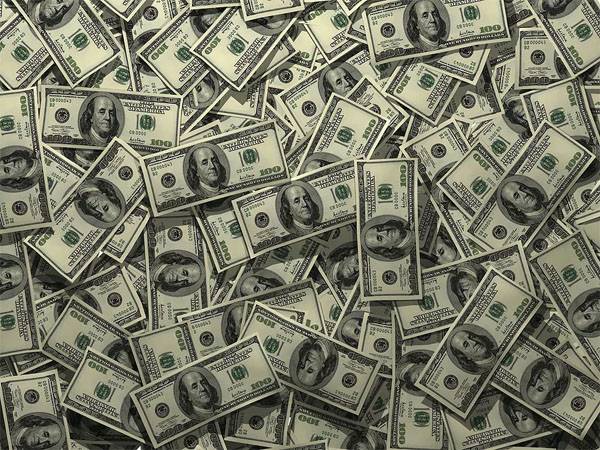 The fact that, in the understanding of the United States, their jurisdiction extends to the whole world, at least this fact is indicated by the recent demand of the American special prosecutor Muller from Deutsche Bank about the need for the management of this German structure to disclose the banking secrecy of one of its clients. This client is US President Donald Trump. Special Prosecutor Muller calls for data on transfers to Trump’s accounts in order to “check these transfers for possible involvement in funding through the presidential campaign.” First of all, this is, of course, a search for ties with Russia.

And if the United States requires the US to open data on the accounts of the American president, then it can be assumed that obtaining data on the foreign accounts of the Russian oligarchy (even the “business community”) for the American machine is unlikely to become an unsolvable task. And there is no fundamental importance for the United States - wool accounts in the classical banking sectors or in offshore "harbors", which obviously cease to be quiet. The hands of "democracy" will reach anywhere.

As it turns out, the information that the United States can really “go through” the accounts of Russian oligarchs, including fugitives, did not go unnoticed by the “heroes of the occasion”. Persons who at one time welded billions against the background of access to the Russian budget and managed to bring these billions abroad, are forced to fuss. Indeed, on the one hand, one can call oneself “political refugees”, but on the other hand one has to realize that even with such a status, one can lose overnight “overworked” billions. No one in the United States will particularly understand: how many points a businessman from Russia with capital in offshore zones is loyal to the current president of Russia, and how much is not loyal. The situation with Cyprus of several years ago, when funds of at least 5 billion dollars were written off from the accounts of Russian “large investors”, makes it clear that in the current period of time the situation may turn out to be even tougher to the very same holders of large sums from among Russian businessmen . If the reason was found then it is now still easier: any withdrawal will be explained by the need to comply with the sanctions regime.

So ... Money bags are itching. And their reaction was announced last week. The reaction is very original. As reported by the news agency "Reedus" With reference to sources, the richest Russians, who keep their funds outside the Russian Federation, made a proposal to the Russian government to provide (attention!) financial and legal assistance for the return of funds from abroad to Russia.

The meaning is this: we will return the billions exported to the “home” earlier, and you will give us a) promise their immunity guaranteed, b) our immunity guaranteed (these same businessmen), c) complete anonymity, d) interest payments from the federal budget beyond the bank payments only for that the funds will be in Russia.

Information of this kind is actually confirmed by a person who declared himself the future presidential candidate Boris Titov (who is also a defender of the rights of the Russian business community). Titov sent the president a list of runaway businessmen hiding along with billions from Russian justice in Foggy Albion. These people are reportedly "would like to return the funds to Russia and return themselves under state security guarantees." And not only safety, but also super-profitability for your loved ones.

That is, the state is offered a deal: you (the state) turn a blind eye to all our economic (criminal) sins, give us an additional percentage of income from the state budget; we (fugitive businessmen) promise to return the funds previously withdrawn from under Russian jurisdiction back to Russia. And we are talking about huge funds that can be about 4% of GDP (and this is at least). For comparison, approximately as much today is stored in the National Wealth Fund (almost 4 trillion rubles or, if in dollar terms, about 65 billion dollars).

It looks like some kind of phantasmagoria. To request a return plus the closure of criminal cases - in exchange for a refund, which in most cases were stolen from the country, from the people ... But after all, everything is possible. It is possible that the state will make such a deal.

True, the question then arises: what, in fact, is the deal? These funds, which could potentially return, earn on the real economy? They will go to the development of production, machine tools, infrastructure? Judging by the proposals - no. After all, the proposal, I recall, anonymity and safety of funds. That is, the money will be in one of the Russian banks, which will also be subsidized by the state for a dopit rate (from the state budget). And what is the use of the Russian economy (not to mention the reputation of the justice system, which is already far from perfect)? For the banking sector, the proc is there. But the banking sector is not the whole economy.

If we assume that the state is still ready to shelter the “prodigal sons”, fearful reprisals from the West (for example, demands to actively share billions for maintaining the “registration” against the background of the continuation of “denunciation of the Kremlin regime”), then (if the state has a strategy, and the desire to somehow play in the interests and legitimacy), you need to make a counter offer. And this, from which it will be impossible to refuse ... In the "white and fluffy" sense of the word.

Unconditional requirement - since confiscation in Russia is in any way, you understand, it does not work out, just as with the catching of multiply stolen runaway money bags - it means that it is necessary that the funds returned potentially do not lie dead, bringing income only to their owners. Need a compromise. This is for the notorious stolen bag of potato compromises from the state, no need to wait, and here at stake are huge funds and "serious people." That is why once again - everything is possible.

To save face, this state must either simply plant far and for a long time, or retool them into “investors”. Hammer forge.

And there are mechanisms for reworking, especially now - when the USA introduces new sanctions. The argument is simple: you do not want to become “honest investors” in Russia on terms acceptable to Russia, another American prosecutor will come and without unnecessary talk will transfer “your” funds to the needs of the most democratic democracy - all at once!

Ctrl Enter
Noticed oshЫbku Highlight text and press. Ctrl + Enter
We are
HSBC hosted the dirty money of dictators and arms dealers ("The International Consortium of Investigative Journalists", USA)Situational analysis of the death of the MH17 flight (Malaysian Boeing 777), made on the basis of engineering analysis from 15.08.2014
158 comments
Information
Dear reader, to leave comments on the publication, you must to register.