December 13 2017
43
The news of the non-admission of the Russian national team to the Olympics is in the center of public attention not only in our country, but in the world as a whole. 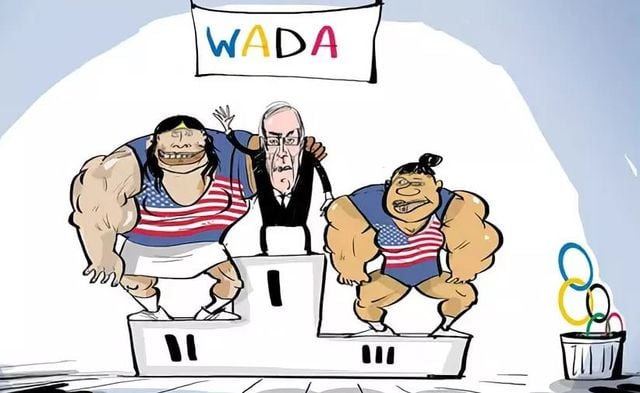 The decision was made on the testimony of one person. How can they be believed? Any doubts could remain until recently. But there was a litmus test, which clearly illuminates the situation. This is Rodchenkov's diary.

Why did he appear only two years after the escape of the “fighter for justice” under the wing of the American special services? This clearly indicates that initially this diary was not, otherwise it would have certainly been mentioned immediately. You do not need to be Sherlock Holmes or Poirot to see here an ordinary operation of the American services to find and bribe the bad guy from the sport. As Lisa Alice and Basilio the Cat sang: “You do not need a knife for the greedy one: you will show him a copper penny, and do what you want with it!”

Without a microscope, you can see that this is exactly the case. The greedy one was found, although I do not exclude that he is also a fool and / or a braggart. And the appearance of the diary right now suggests that all this time it was not composed without the caring participation of these services.

At the same time, WADA and the IOC in their daily activities are guided by double standards: repressing athletes from Russia and a number of other (non-Western) countries, athletes from the United States and Europe are officially allowed to take doping. (I’m not going to give specific examples - they are often quoted on television news now.) I don’t know if this is due to the banal corruption of the "perpetrators", but there is also a racist approach. More precisely, the Nazi, as among the US athletes who are allowed to doping, there are representatives of different races. Therefore, it is more accurate in this case to speak about Nazism.

This is evidenced by the methods of action of WADA and the IOC, when the entire team is punished for the misconduct of individual athletes. More precisely, the whole country, the whole people. This is what the Nazis did in the occupied territories, when the entire village, including women, old people and babies, was destroyed for contact with partisans of one of the residents. A good feature film "Come and See" was made about this. Similar real historical there were in fact many thousands of events. And the functionaries of WADA and the IOC are acting in this vein.

According to the results of the investigations of the commissions, it was established that there was no system of state support for doping in Russia. But in the actions of WADA and the IOC, a similar system is evident. Only not state, but supranational. And this is all the more unacceptable. And perpetrators must answer for this in court.

Our sports officials and diplomats should work on them. At a minimum, they should initiate the creation of UN commissions on these issues. It is possible that many countries will support these initiatives.

Sport should unite nations, and not divide them into favorites and pariahs.

Well, we (ordinary citizens) need to raise these questions more often on the air of radio and television programs so that those responsible do not accidentally forget about it.

Ctrl Enter
Noticed oshЫbku Highlight text and press. Ctrl + Enter
We are
A great interview with Sergey Lavrov: about Ukraine, Obama and IranWhat you didn't want to know about England
Military Reviewin Yandex News
Military Reviewin Google News
43 comments
Information
Dear reader, to leave comments on the publication, you must to register.