December 11 2017
36
The 2 Cavalry Regiment of the US Army stationed in Germany and regularly rolling around the Russian borders received the first Stryker XMNNXX Stryker ICV Dragoon (ICVD) armored vehicle, equipped with a combat module with an 1296-mm automatic gun, reports bmpd. 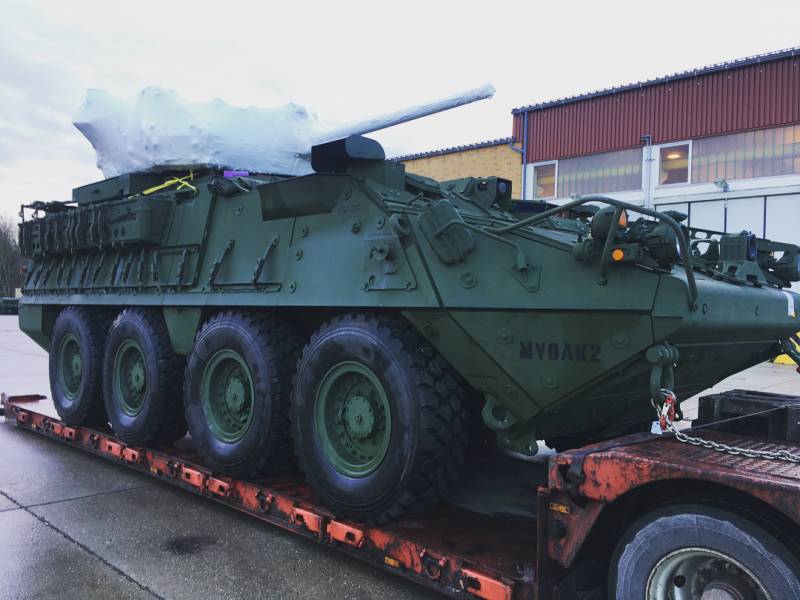 The Stryker machine in the version with the 30-mm gun was developed by General Dynamics Corporation in the interests of the 2 Cavalry Regiment in accordance with the contract issued in April 2015.

Delivery of ordered armored vehicles in the number of 81 units should begin next year. 8 prototypes are now in the test. The contract value is about $ 329 million.

The machine has a body with enhanced mine protection (Double V-Hull ”, its nominal capacity is 9 paratroopers.

Ctrl Enter
Noticed oshЫbku Highlight text and press. Ctrl + Enter
We are
The US Armed Forces received for testing the first Stryker armored vehicle with an 30-mm cannon.Piranha military wheeled vehicles strengthen their position in the global market
36 comments
Information
Dear reader, to leave comments on the publication, you must to register.