December 12 2017
35
China has long been claiming a far more significant role than the one it now plays in world politics and economics. Although the Chinese economy is now one of the most dynamic and rapidly developing, the PRC accounts for about 15% of world GDP (this is the third place after the European Union and the USA), Beijing is striving to strengthen the country's position even more. One of the ways to strengthen the position of China is to implement the concept of “One Belt - One Way” or simply the concept of “New Silk Road”.


On the concept of "One Belt - One Way" Xi Jinping announced back in 2013 year. It is already clear that this concept has become the foundation that guides the PRC’s foreign policy in the coming decades. By 2049, the centenary of the People’s Republic of China, the country must firmly consolidate its position as a world leader. This goal is set by the leadership of the CCP and it, apparently, can really be achieved. In order to achieve this goal, China is building relations with the states of Eurasia, based on the concept of “One Belt - One Way”. First of all, China is interested in developing relations with the countries of Central Asia, the Caucasus and Eastern Europe.

In fact, the idea of ​​uniting economically less developed countries around China arose long ago, during the reign of Mao Zedong. Chairman Mao divided the world of that time into a “first world” (capitalist countries of Europe, the USA), a “second world” (socialist camp), and a “third world” —developing countries. China, according to the concept of Mao, was supposed to lead the movement of the "third world" countries opposing the United States, Europe and the Soviet Union. Now the Soviet Union is gone, and Russia is not a competitor to China. Beijing’s main task is to “overtake” the United States, and in order to accomplish this task, the PRC is also seeking to establish relations with as many states of the world as possible. Eurasian countries are interested in China, primarily for reasons of securing economic corridors to Europe. In the future, it is with Europe that China will develop relations, competing with the United States for the European market. But this will require economic corridors along which Chinese goods will be sent to EU countries. For the construction of such corridors, it is planned to return to the concept of the Silk Road - from China through Central Asia and the Caucasus - to Eastern Europe and further to Western Europe. 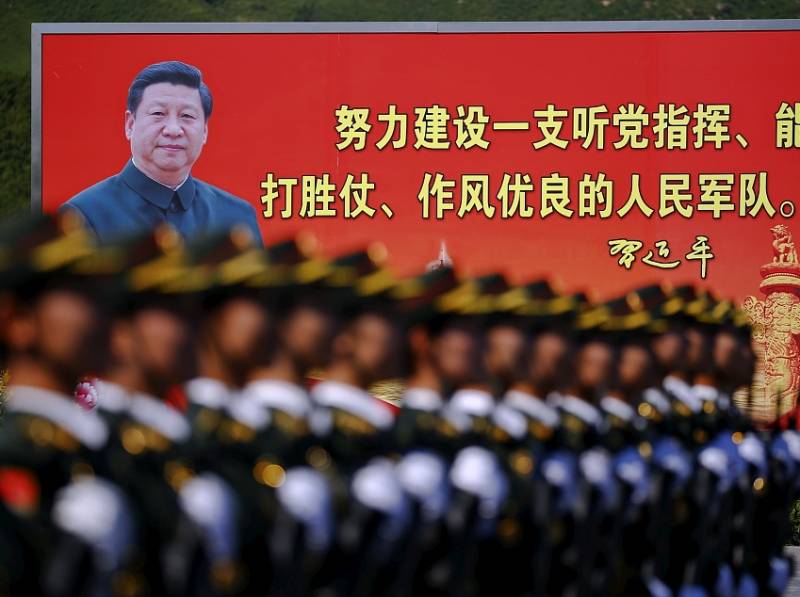 The very idea of ​​the New Silk Road is the desire to reconstruct the Great Silk Road that existed since the 2nd century BC. BC er The most important trade route of antiquity and the Middle Ages, the Great Silk Road passed through many countries in Asia and Eastern Europe. However, at that time the Silk Road was only a trade transit route from China to Europe, and the New Silk Road was viewed as a tool to strengthen China’s influence on other states. With the help of the New Silk Road, Beijing seeks to modernize the entire economic and trade system of Eurasia. Naturally, first of all this transformation will affect the countries of Central Asia - Kazakhstan, Kyrgyzstan, Uzbekistan, Tajikistan and Turkmenistan. Chinese diplomats and businessmen are already actively working here, and the ties between Beijing and the former Soviet republics of Central Asia are growing stronger.

China started to organize the world system of transport corridors, which, according to the ideas of the Chinese, should connect China with the whole world - the countries of Central Asia, Europe, the Middle East, Africa, Latin America, Oceania. Within the framework of the New Silk Road, it is planned to build roads and railways, open sea and air routes, lay pipelines, and power lines. China plans to involve 4,4 billion people through the New Silk Road into the orbit of its influence - more than half of the modern population of the Earth.

China regards the development of land routes of the New Silk Road: 1) the construction of railway lines to Georgia, Azerbaijan, Iran, Afghanistan, Pakistan, Nepal, India, Myanmar, Thailand and Malaysia. The idea of ​​building a powerful railway track includes the creation of a tunnel under the Bosphorus, the organization of ferries using ferries across the Caspian Sea. The northern corridor to Europe will go through the territory of Kazakhstan and Russia, the central corridor - through Central Asia and the Caucasus - Azerbaijan and Georgia, and the southern corridor has another direction - through Indochina and Indonesia to the Indian Ocean and further to the countries of the African continent, to which China already spread its political and economic influence. These routes should link the whole of Asia, but the main task remains to ensure uninterrupted communication of China with other countries of the continent.

The effect of the New Silk Road project on world politics is best illustrated by the current situation in the Middle East. Initially, China planned to organize an economic corridor through Iran and then through Iraq and Syria to the Mediterranean Sea. That is, Syria was seen as a very important link in the Silk Road system. However, this path circumvented Turkey, an important player in Middle Eastern politics. Ankara has long made plans for Turkey’s role in the economic exchange between China and Europe, but the construction of an economic corridor through Syria would leave Turkey on the periphery of the New Silk Road. China was not interested in organizing communication through Turkey also because Turkey has always played a key role in supporting the Uyghur separatists operating in Western China (historical region of East Turkestan, now - Xinjiang Uygur Autonomous Region of China). In addition, the construction of a corridor through Syria seemed to the Chinese leadership more economically advantageous.

In order for the plans to organize the Syrian corridor to fail, it was necessary to swing the political situation in Syria to such a state that any transit through the territory of this country was not possible. The war in Syria has become an excellent way to block the project “One Belt - One Road” in the Mediterranean direction. Since the "revolutions" in the countries of North Africa and the Arabian Peninsula - the so-called “Arab Spring” - almost seven years have passed, but the situation in Syria has not stabilized. The war has become protracted, and the actions of the armed groups make it impossible for any attempt to build land routes through this country. We can say that the opponents of China have achieved their goal - to build a corridor through Syria is now impossible.

What is the path of China? The Syrian corridor is replaced by a corridor from Central Asia (Kazakhstan and Turkmenistan) through the Caspian Sea to Azerbaijan and then to Georgia, to Batumi, and then to the Black and Mediterranean Sea. China shows great interest in the development of economic relations with Georgia and Azerbaijan, which testifies to Beijing’s far-reaching plans with respect to these Transcaucasian republics. In turn, both Azerbaijan and Georgia are also interested in passing the Chinese corridor through their territories, since this will allow them to significantly improve their economic situation, including through building infrastructure and attracting investments.

At the beginning of 2018, the Tbilisi-Beijing Free Trade Agreement comes into force. A similar agreement is valid for Georgia and with the European Union. At the same time, Tbilisi, despite the long-standing contradictions in relations with Moscow, is seeking to receive dividends from cooperation with the Eurasian Economic Union, in partnership with which the project “One Belt - One Way” is involved. 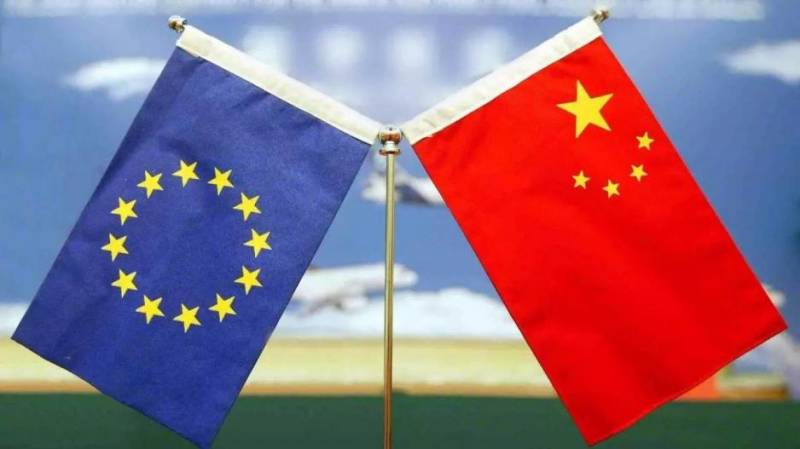 Hungary plays a very active role in the development of relations between China and the countries of Eastern and Central Europe. Budapest is a modern “dissident” of the European Union. We know that on a number of issues of principle, Hungary occupies a position different from the European Union. This also applies to migration policy, and attitude towards same-sex marriages, and sanctions against Russia. Not surprisingly, Budapest seeks to develop increasingly active relations with China. Recently, the Budapest hosted the summit "16 + 1" - the sixth in a row. Representatives of China traditionally took part in the summit. What is 16 + 1 is sixteen states of Eastern and Central Europe, the Balkan Peninsula - Albania, Bosnia and Herzegovina, Serbia, Macedonia, Croatia, Slovenia, Montenegro, Bulgaria, Romania, Slovakia, Hungary, Czech Republic, Poland, Latvia, Lithuania and Estonia. Plus one is plus China. Many participants in the summit are members of the European Union and NATO, but they do not hide their desire to cooperate with China. For Beijing, this is another diplomatic victory, and for Brussels it is a cause for concern.

The growing influence of China on the countries of Eastern and Central Europe can not but worry the leadership of the European Union. During the Cold War, China had virtually no influence on the countries of Eastern Europe that were under Soviet patronage. For a while, Beijing cooperated only with Albania, Romania, and Yugoslavia. In 1990, Eastern Europe fell under the political and economic influence of the United States and the European Union. However, now the situation is changing radically.

Beijing attracts Eastern European countries with promises of multibillion-dollar investments in the development of national economies. First of all, we are talking about investments in the development of transport infrastructure, modernization of energy. Investing is not only money and new opportunities, it is also new jobs, and the problem of unemployment in most countries of Eastern Europe and the Balkans is very serious. Therefore, regional leaders treat the Chinese project quite favorably.

Naturally, in Brussels, the behavior of the Eastern European countries is not very satisfied. But what can be done? The world is changing, and China plays a very large role in these changes. More and more countries are beginning to understand that focusing on China in the current world political and economic situation is much more beneficial than remaining eternal satellites of the United States and the European Union. Even more EU leaders are frightened by the fact that Western European countries (here we are talking about the political and cultural concept of “Western Europe”) are increasingly interested in developing relations with China. For example, Austria is in favor of the Chinese “New Silk Road” necessarily passing through its territory, knowing full well all the benefits and positive consequences of this step.

We see that China is methodically and successfully achieving its goal of spreading its economic and then political influence over the countries of Asia, Europe and Africa. “New Silk Road” is just one of the ways to expand this influence. But what can the United States decide to prevent the assertion of Chinese "domination"?