The United States, together with the Allies, began training on tracking North Korean missiles.

December 11 2017
51
On Monday, the United States, South Korea and Japan launched a joint exercise to track the flights of missiles launched from the territory of the DPRK, Interfax. 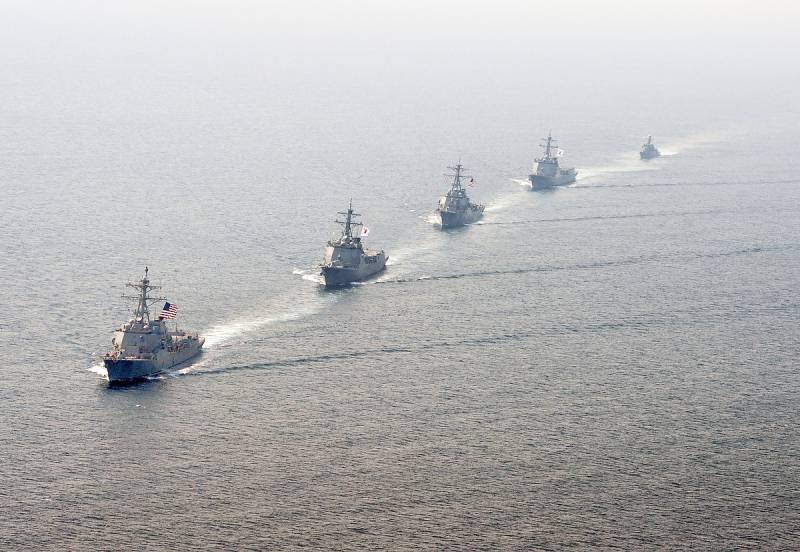 The maneuvers taking place near the Korean Peninsula are attended by ships from three countries equipped with the Aegis antimissile defense system - two ships of the US Navy and one each from the South Korean and Japanese Navy.

During the exercise, ships with the Aegis systems will work out actions to detect and track potential North Korean missiles and exchange information received
reported the Ministry of Defense of the Republic of Kazakhstan.

Pyongyang regularly criticizes joint maneuvers of the United States and its allies in the Korean Peninsula region, stating that they are aimed at preparing for a strike against North Korea.

At the same time, according to the head of the military department of Japan, Itsunori Onodera, "it is North Korea that is the source of tension in the region."

If North Korea promises to abandon its nuclear missile program, it can lead to dialogue,
said Onodera at a meeting with Japanese warlords on Sunday.

Ctrl Enter
Noticed oshЫbku Highlight text and press. Ctrl + Enter
We are
If tomorrow is war ... Second Korean
51 comment
Information
Dear reader, to leave comments on the publication, you must to register.