Green revolution in Europe: a lie from the first to the last word 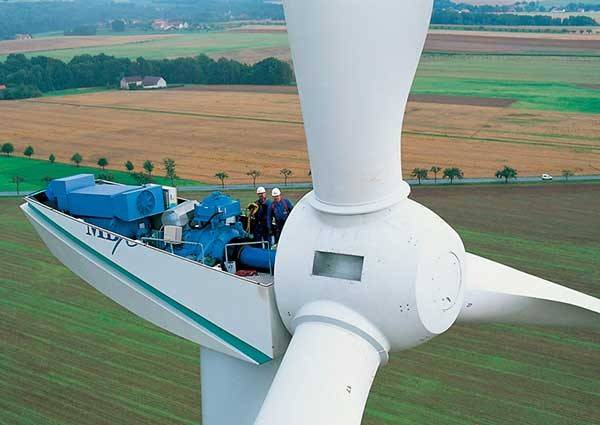 Nobody tried to put together the numbers and statistics on the European "alternative" energy? Recommend. Very fascinating sight. After half an hour of enthusiastic digging on the Internet, I realized: everything that is written about the energy alternative is a lie. And a lie from the first to the last word.

I propose to calculate the cost of "green" electricity produced in Europe. To calculate and make sure that NEVER, or under any circumstances, it can compare with the traditional one, and that everything that is written about it today is a deception from the first to the last word.

I will make a reservation right away: you cannot indiscriminately reject any idea Wind generation with the confluence of certain circumstances can be economically beneficial. She has even a very local, but future. True, in Europe it is just the last thing. In general, it is very likely that all this beautiful tale of green energy arose only as a result of the energy war being waged by Washington against the USSR for more than a decade. And the Europeans themselves, who believed in this fairy tale, suffer. Tale from the first to the last word.

Smooth was on paper

As we have seen past materialThe most effective and most promising form of "green" electric power is wind power. The remaining methods of producing electricity are much more expensive, and therefore lower, so as not to waste time, we will not consider them.

By the way, you did not pay attention, how do supporters of the “green energy industry” explain their advantages? I took an interest and found out that 80-90% of the numbers in the articles have been moving for the second decade from material to material, and nobody really cares that these data are outdated for a long time, and some are simply fictitious. On the other hand, the Greens talk a lot about their achievements. And every year new figures come out, showing how quickly the “green energy” is catching up with the traditionalists. And they really do not like to go into details. Why? But just this I understood only after I plunged into them myself and found out that the king was naked. And he will be naked all the time, no matter how developed technical progress.

For example, in recent publications, the figure of the cost of commissioning 1 kW of installed power for wind generation in the amount of approximately US $ 1000 appears everywhere. The parameter is very important, because the final figure of the cost of electricity produced by “windmills” largely depends on it.

But, as the documentation of real projects shows, this is the cost of only one turbine. It is all the same if we estimated the cost of nuclear power plants based on the cost of the reactor plus the turbine hall. But these are albeit important, but far from complete figures.

At the same time, this figure is not applicable to all equipment, but only to the weakest segment (turbine power is of the order of 100 kW). But such generators themselves are inefficient due to their structural limitations, the most powerful ones are already much more expensive. For example, the cost of building one of the most powerful modern wind turbines Enercon E-126 with a power of 7,58 MW is 11 million euros. And this is today 1,5-1,7 thousand dollars (depending on the cross exchange rate of currencies). Plus you need more money to connect it to the power grid.

In this case, we are still considering options for land wind farms. But in Europe it is very difficult to find a place so that on the one hand it is cheap to build, and on the other - that sufficient winds blow there. That is why now the main wind farm projects are being built at sea. But completely different numbers are already working here. 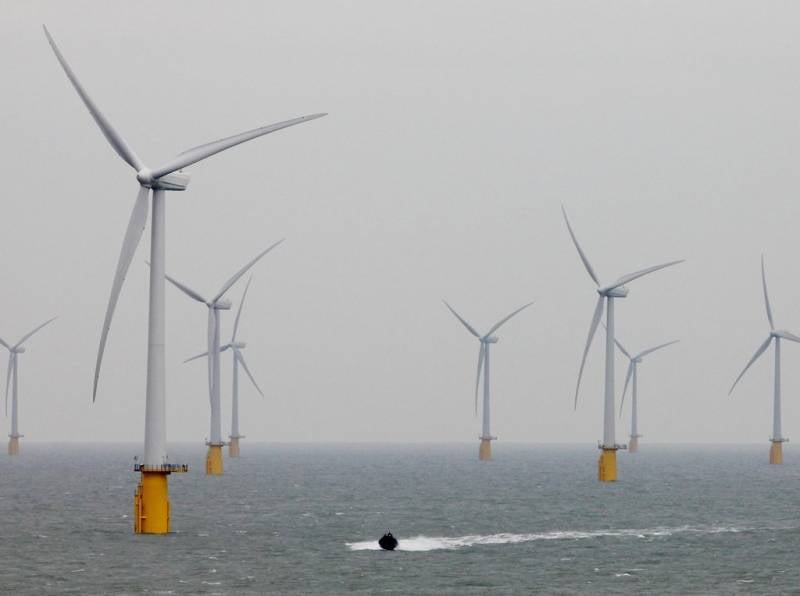 But even if we consider the cheapest American WECs, we still will not get the stated figure. According to According to for 2016 a year, the average unit capital cost in the USA for 1 kW of installed capacity for this type of station was US $ 1590 with the average cost of the turbines themselves even slightly lower than US $ NNXX. Moreover, the analysis of investment projects on 1000 year shows that no reduction of this figure this year is foreseen !!!

Why not foreseen? About this below, but for now let's think about this.

It is not enough to build a station. Ultimately, it can be built and not work a single day. In this case, we get a net loss, no matter how much it costs us. In the energy sector there is such a parameter as the utilization factor of the installed power (ICUM). Moreover, unlike the efficiency, it can be higher than one, that is, 100%. For example, in modern nuclear power plants today it averages about 75-80%. But this is in the context of the year, and if the unit did not stop for a month for repairs, the capacity factor of it may be 105% and even slightly higher. 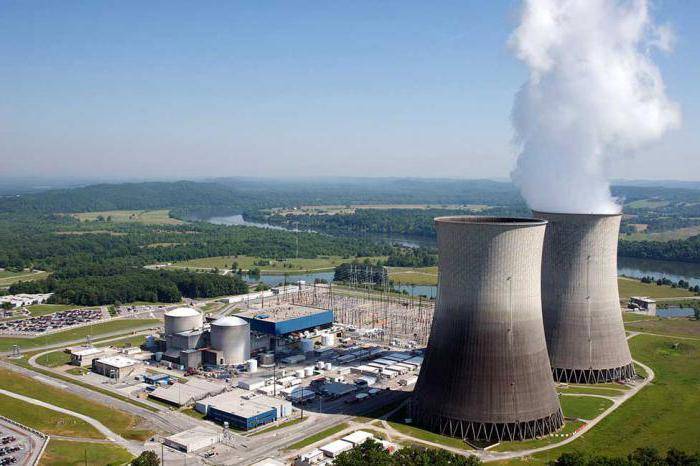 Due to what? Just initially the unit was designed for some TVELs. But technology does not stand still not only in wind power. But also for nuclear scientists. New assemblies are being developed, which have improved characteristics and make it possible to obtain a greater amount of heat in the same reactor and, therefore, electricity. That is why the power plant utilization capacity of NPPs today sometimes reaches 95-98% during the fuel session, even taking into account the necessary technological downtime associated with the replacement of part of the fuel and spare parts that have worked their life. In general, the figure is consistently higher than 80% in the industry as a whole is attainable today, and this is not the limit.

And what do we have with the capacity factor for wind generation? The most efficient windmills are in America. For example, in the USA, this parameter rarely drops below 25%. Now China has 15%. AT Germany, as shown by long-term measurements (from 2002 of the year), from 15 to 20% in total. And there has not yet been any progress. 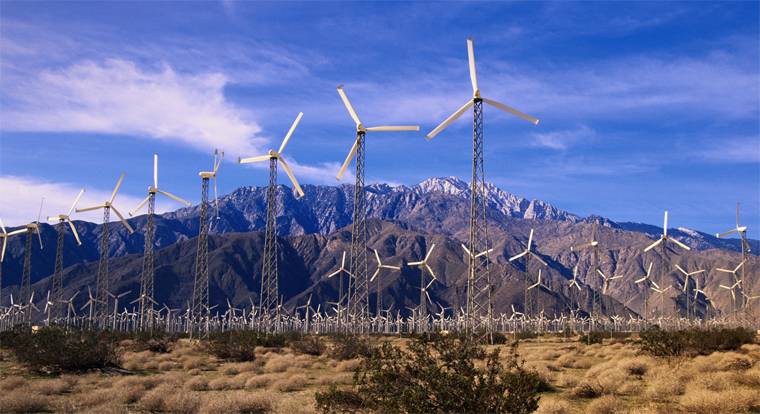 And this is just explainable. In terms of wind generation, the USA has some of the best conditions in the world. There are many places where constant and strong winds blow. China and Germany have fewer of them. And it is also obvious that the farther, the less places will remain with similar conditions. Here you can either put up with the constant fall of the capacity factor and compensate for its height of raising the turbine, or build at sea, which, as we saw above, has its drawbacks. The price of such a power plant is multiplying, as well as maintenance.

So at the expense of what today we are seeing a decrease in the cost of electricity production at wind farms? Everything is very simple. There is no technical secret or know-how here. The theory was developed in 1950-x, and it says that the efficiency of such units can be increased by raising them as high as possible and increasing the size of the bearing blades.

Actually, that is why today all the developers of “wind turbines” have chased the power of the generators. If even 10 years ago, turbines with a power of 100-300 kW were mounted with might and main, today we already have megawatts. They are large, but, despite the high cost, more cost-effective than low-power units.

But such growth cannot be infinite. Even today, the most powerful generators are 120 meter towers with a height of the upper edge of the blades up to 180 meters.

With this question, I think everything is clear. And now the fun part. Is there a chance for a wind farm, even in theory, to become competitors, for example, a nuclear power plant? Well, at least at the cost of electricity produced.

About the stability of the energy supply, of course, in this case it is simply incorrect to speak.

RememberWhat numbers did we get for the Belarusian NPP under construction:

Perhaps overhead costs put everything in its place? We have already obtained the operational costs of NPPs from these environmentalists (that is, our opponents). This is roughly 1,1 US cent per 1 kWh. It was difficult to find data on WEC, but I found it in the brochure of Russian sellers of this equipment. They claim that this amount is no more than 1 rubles per 1 kWh. That is, at the current rate of approximately 1,7 cent. Let 1,5.

Moreover, I focus attention, the figures are taken for the WPPs the most favorable, that is, those that the developer and the seller of equipment insist on, and for the NPP, on the contrary, the numbers are taken from the reports of opponents.

Total, taking into account the cost of operating the plant, US wind farms that were commissioned in 2016 year, on average, will have the cost of electricity production at the level of 4,5 cent per 1 kW * h.

At the NPP, this parameter is obtained 2,8-3 cent per 1 kWh. In order to reach the same efficiency figures as nuclear power engineers, American wind defenders need to cut their specific capital construction costs at least twice. Or less, but then you also need to achieve and reduce operating costs. Which in many respects constitute the SPTA and ZP of the attendants, and here you won’t save much.

But, I repeat, this is the case of the United States, that is, the most ideal case. In Europe, you guessed it, everything is much worse.

We take the real (and not theoretical) project of the Thanet Wind Farm wind power plant that we have already reviewed above.

It is easy to calculate that at the cost of capital expenditures in the area of ​​4 670 US dollars for 1 kW * h and CFC 17% (on average in Europe), the cost of such electricity will increase to 15 cents for 1 kW h.

And even if this parameter will ever be reduced threefold (which is unrealistic in theory), even then such wind generation will be at least twice as expensive as today's NPP indicators.

Someone else has questions about why I consider the European “green energy” to be a great profanation and the greatest deception? In my opinion, everything is so clear.

Ctrl Enter
Noticed oshЫbku Highlight text and press. Ctrl + Enter
We are
Results of the week. "Either true or all is well"Results of the week. "Well, do not change me because of every idiot!"
Military Reviewin Yandex News
Military Reviewin Google News
654 comments
Information
Dear reader, to leave comments on the publication, you must to register.