December 9 2017
162
Attempts by the US to intimidate Russia by imposing sanctions on alleged violations of the Treaty on the Elimination of Intermediate-Range and Shorter-Range Missiles (INF) are ridiculous. This was announced on Saturday by Deputy Foreign Minister Sergei Ryabkov. The text of the comment is posted on Online Russian Foreign Minister 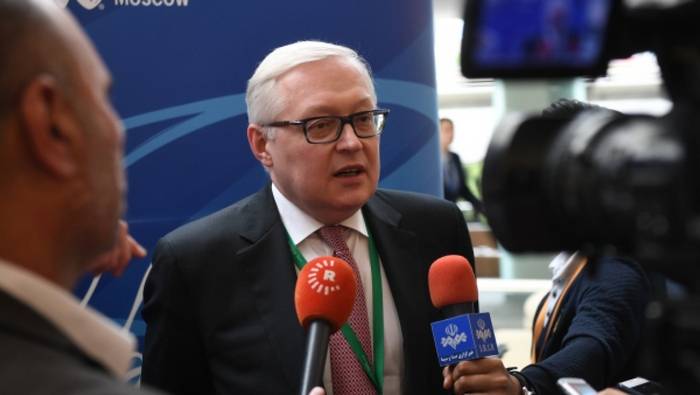 Washington did not find a better moment than the 8 anniversary of the INF Treaty to celebrate 30 on December to threaten its agreement partner, which has become one of the cornerstones of the nuclear arms limitation and reduction process
- He said.

As for the next attempts to scare us with sanctions, they are just ridiculous
- stressed the Deputy Foreign Minister of the Russian Federation. Ryabkov added that "it is time for American politicians and diplomats to understand that economic and military pressure on Russia will not work."

He noted that the strengthening of the propaganda campaign in the US accusing Moscow of violating the INF Treaty "may be a sign that Washington is headed for a way out of this agreement, as there was a time when they left the Treaty on the Limitation of Anti-Ballistic Defense Systems."

More than once they warned and again warned that the destruction of the INF Treaty would have been a severe blow to the arms control and non-proliferation regime. weapons
- stressed Ryabkov
US must understand what responsibility they will

Americans have long expressed complaints that we are supposedly beyond the scope of the treaty prohibiting the deployment on land of cruise missiles with a range from 500 to 5500 kilometers. But an interesting pattern: just as with the well-known statements about the "Russian intervention in the American elections," no real evidence is given
- noted Ryabkov

Earlier, the American newspaper Politico reported that the administration of US President Donald Trump will introduce new sanctions against Russia for the violation of the INF Treaty. The publication referred to an unnamed representative of the US administration of high rank.

Ctrl Enter
Noticed oshЫbku Highlight text and press. Ctrl + Enter
We are
162 comments
Information
Dear reader, to leave comments on the publication, you must to register.