December 11 2017
11
In honor of this woman, killed by the 75 fascists years ago, Belarusian scientists named the lilac variety Vera Khoruzhaya. And to the lot of the heroine, who did not live to 40 years, a huge number of tests fell. I can not even believe that so much everything could accommodate a single short earthly life. 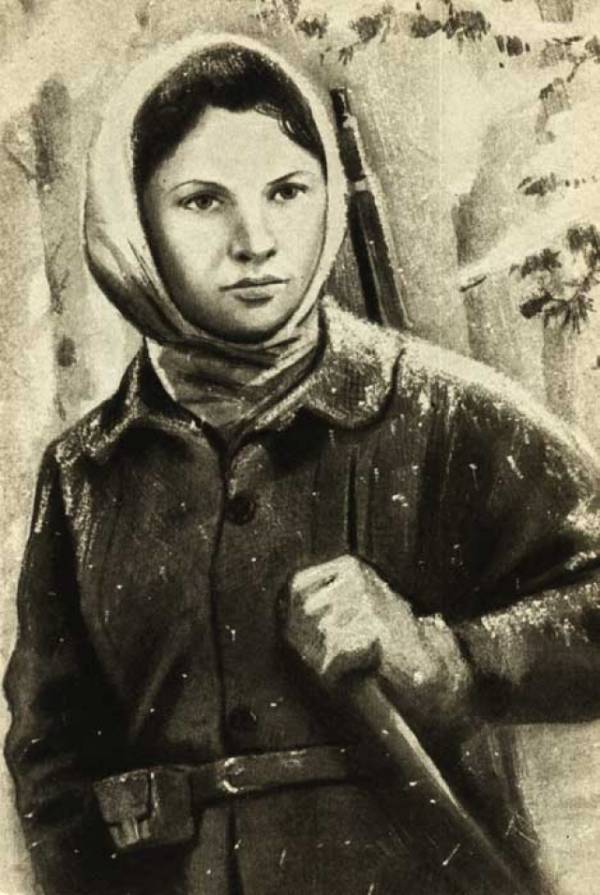 Vera Zakharovna was born 14 (27) September 1903, in the town of Bobruisk, Minsk Province. Her real surname is Khorunzhaya, but then, due to an error in the documents, she became Khoruzhey and it was under this surname that she entered history. The girl first studied in the gymnasium of Bobruisk, and then, when the family moved to Mazyr, she continued her studies in this city.

In the 1919 year, after studying, for some time she pobatrachila on kulaks, worked as a rural teacher, but soon she was captured by the romance of the Civil War. Already in 16 years, Vera fought as a volunteer in the Red Army. In 1920, she joined the Komsomol, and the following year - in the CPSU (b).

After the Civil War, Vera devotes her life to Komsomol and party work, combining it with literary work. He writes poems, articles, appeals. She worked as an editor of the newspaper "Young Plowman". She married Stanislav Skulsky. But a simple family life was not for her. The girl was eager to participate in the struggle for the liberation of Western Belarus (which was under Polish occupation as a result of the Soviet-Polish war of 1920 – 1921).

In the fall of 1925, in the city of Bialystok, a young underground worker was arrested by the Polish authorities. From prison she wrote strong, courageous letters to the Soviet Union. These letters were subsequently published as a book, which was called “Letters to the Freedom”.

At the trial, she was courageous. In particular, she stated to her captors:

“Our party was born and now exists in the harsh conditions of the underground. But one wonders who drove her underground? The only answer is the government of the bourgeoisie and the landowners. We explain to the workers and peasants of Western Belorussia that our half-brothers live in Soviet Russia, who build socialism and wish us success in the struggle against capitalism. ”

First, Vera was sentenced to six years in prison, then this term was increased to eight. Seriously, she and her colleagues met the singing of the “Internationale”. In the 1930 year, while in prison, the girl was awarded the Order of the Red Banner. She spent time in prison until 1932, after which she was exchanged under the Soviet-Polish agreement on the exchange of political prisoners.

In the Soviet Union, she continued her party and journalistic activities. Nadezhda Krupskaya, who spoke very warmly about her “Letters at will”, described Vera as “an example of a real revolutionary”. Unfortunately, this did not save her from being arrested at a difficult time - in 1937.

However, before that, the girl was in trouble. After returning from prison, she wanted to abandon the Order of the Red Banner, because she believed that it should be given to all members of the underground organization, not just her. But officials misunderstood her. This resulted in the accusation that she would be acting underground "thoughtlessly and frivolously." Specifically, she was blamed for too trusting a relationship with one person who turned out to be a provocateur. She was deprived of the order and severely reprimanded. During this ugly story her husband betrayed her.

In 1935, Vera went to Kazakhstan. There she married again - Sergey Kornilov. Has given birth to daughter Anna. But on August 10, 1937 was arrested and charged with “spying for Poland”. However, an unfair accusation did not break the courage of the Faith. Four investigators were involved in her business, but none of them obtained any confessions from her.

During one of the court sessions, she stated:

“The question is, why did I have to be a Polish spy? Apparently, in order to sit in prison 7 for years ... Real spies and provocateurs in prison for 7 do not keep years, and if they keep, no more 2-3 months ... During my time in prison, they tried to recruit me, promising everything I want is for me, but I took it for a slap in the face and gave a categorical refusal to it ... No one could oppose my Soviet state, and therefore I never gave anyone the secrets of my state. I want to remember and bring here, as Louis XIV said, despite the fact that I am in prison. Louis XIV said: “The state is me!” And I want to say that the Soviet state is me! ”

After serving two years in prison, 15 August 1939 g. Vera Khoruzhaya was acquitted and released. Soon she was reinstated in the party, and then the unjust reprimand announced earlier was removed from her.

When the Great Patriotic War began, the young woman was pregnant. Despite this, she and her husband, Sergey, joined the partisan detachment under the command of V. Korzha. Her husband was soon seriously wounded and died. "I remembered Dolores Ibarruri's strong and tough words: it’s better to be the widow of the hero than the coward's wife - and I understood the meaning of these words in a new way", - Khoruzhaya wrote in her diary (must be, necessarily comparing her first husband with the second).

To send a pregnant woman to the rear, she was allegedly given a task - to cross the front line to establish contact with the Central Committee. But when she completed the task, she was not allowed back, but sent to evacuation. Soon she had a son. Called him Sergei - in honor of the deceased husband. I tried to work as an accountant on the collective farm. But very worried about the fact that sitting in the rear. "It is unbearable that I am tormented by the thought that on such ominous days, when fascist monsters torment and trample my dear Belorussia, I remain in reserve", - she wrote to the party instances, seeking to be sent to the front.

At the beginning of 1942, Vera went to Moscow to resolve this issue there. In August of the same year she was sent to Vitebsk for underground work. She took a pseudonym - Anna Sergeyevna Kornilova, combining in her the names of her children and the name of her husband who died at the hands of the Nazis.

Her group successfully operated under Vitebsk for several months. The underground workers collected information about where the warehouses and barracks of the enemies are located, and then Soviet pilots attacked them. In addition, the underground workers carried out sabotage against the invaders, helping prisoners. Under the conditions of Vitebsk, this was a very dangerous job, which was recognized even on the “big land”. Vera even wanted to be evacuated from there, but she flatly refused.

November 13 1942 of the year is a tragic day in the history of the Vitebsk underground. At the safe house Vera Khoruzhaya was captured by the Nazis. Together with her, the paws of the fascists got Sophia Pankova, with whom Vera was familiar long before the war. Several other underground workers were also arrested.

There is no exact data on when exactly Vera Khoruzhaya was executed. According to some data, it happened on December 4, on the other 6. There is even such a version, as if it was sent to Moabit and disappeared already there, but this is unlikely.

The last who saw the brave underground worker alive was the Soviet intelligence officer, Anna Kitasheva, who only miraculously escaped from the fascist prison. She then told me that she had met Khoruzhi in the dungeons of December 3 of 1942. Faith was so badly beaten and exhausted that she could not walk. Nevertheless, despite the terrible torture, she did not betray anyone and did not inform the enemies of any information.

17 May 1960, Vera Khoruzhaya was posthumously awarded the golden Star of the Hero of the Soviet Union. In addition, among its awards - the Order of Lenin and the Order of the Red Banner. In her honor were named streets, squares, schools in the cities of Belarus. In one of the Moscow schools in Soviet times, a pioneer detachment of her name acted. And finally, Belarusian scientists named a lilac variety in her honor, which is distinguished by beautiful, large pink and purple flowers ... 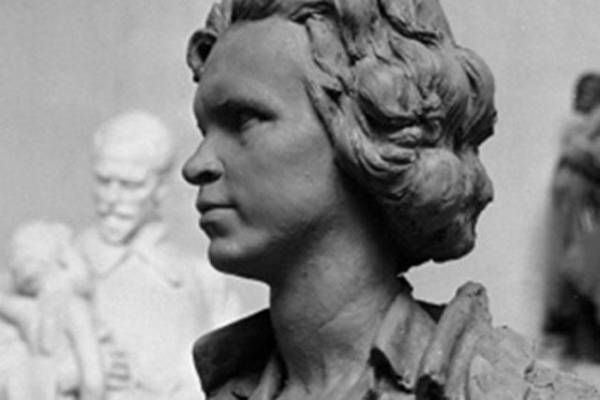 Ctrl Enter
Noticed oshЫbku Highlight text and press. Ctrl + Enter
We are
Results of the week. "Who you are lucky, in fact, and will carry a cock, and such a bird as you, I, too, will rush!"Reports from the militia of New Russia for 27-28 September 2014 of the year
Military Reviewin Yandex News
Military Reviewin Google News
11 comments
Information
Dear reader, to leave comments on the publication, you must to register.