December 8 2017
115
Yesterday in Portsmouth there was a solemn ceremony of entering into the Royal Navy aircraft carrier R 08 Queen Elizabeth, reports bmpd. 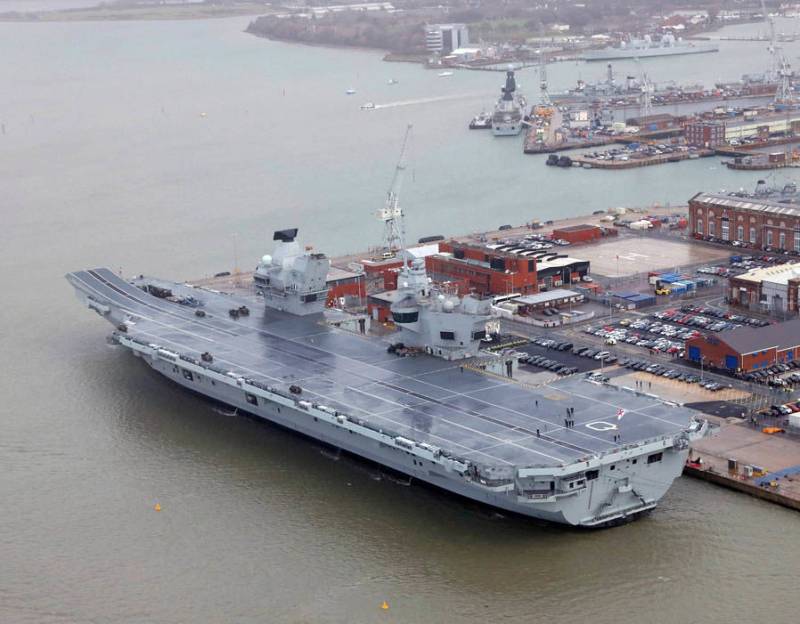 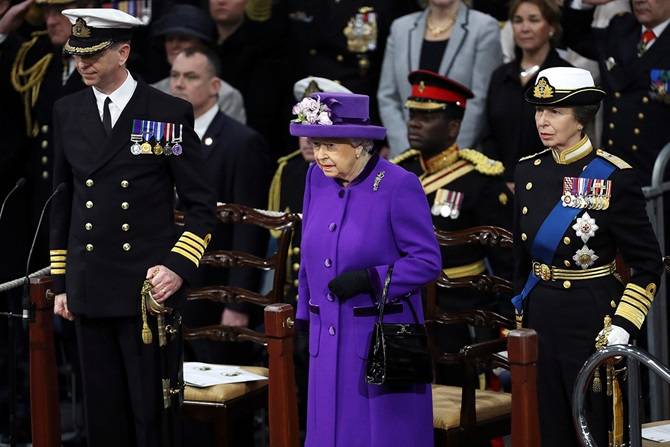 Queen Elizabeth introduced to the British fleet upon completion of the second stage of marine trials taking place off the coast of Southern England since September 2017. This is the largest ship in stories Royal Navy (design total displacement 70600 tons).

The aircraft carrier was built from 2009 by the Aircraft Carrier Alliance consortium with ship assembly from the sections in the dry building dock of Babcock Marine in Rosite.

The ship's baptism ceremony took place on July 4, 2014, and on July 17, the 2014-th aircraft carrier was removed from the shipyard’s dry dock.

The aircraft carrier first set sail to factory sea trials at the end of June 2017, from Rosyth. At the end of the factory test run, he moved to Portsmouth to continue his sea tests to his permanent base. 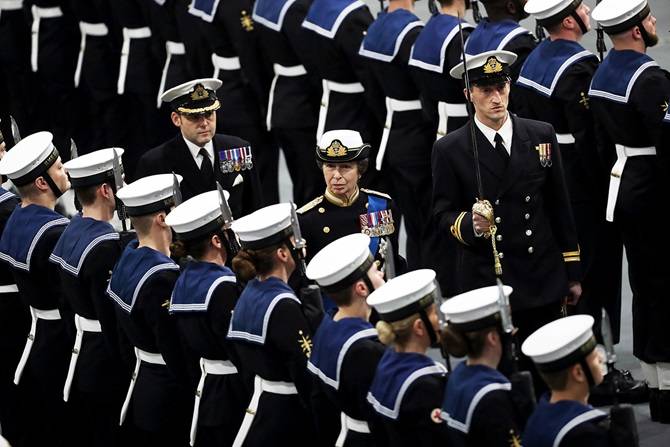 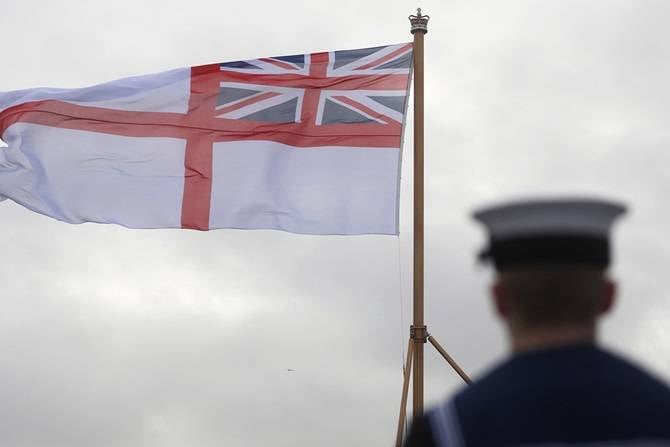 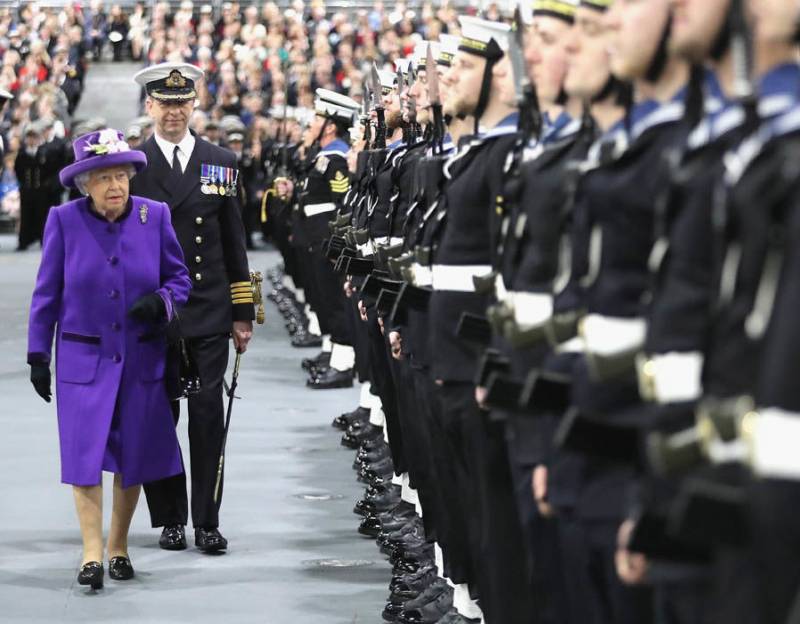 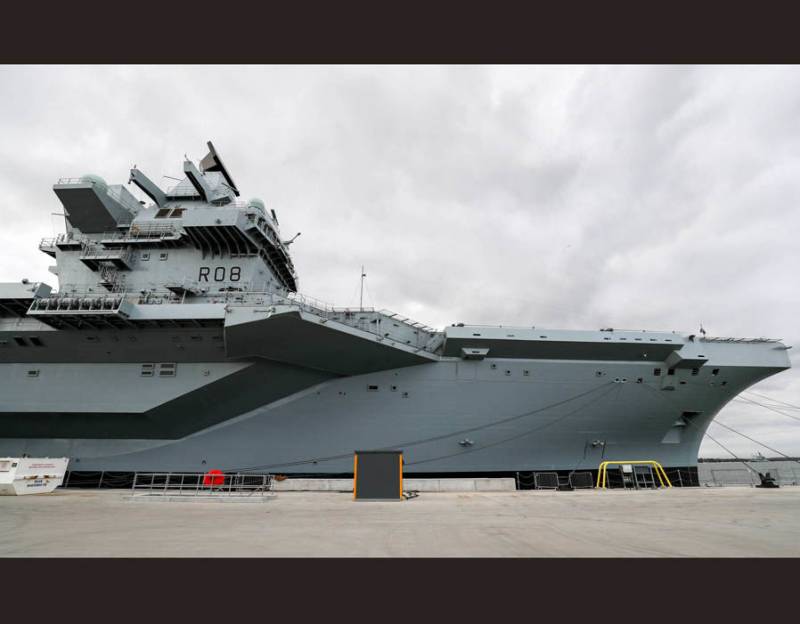 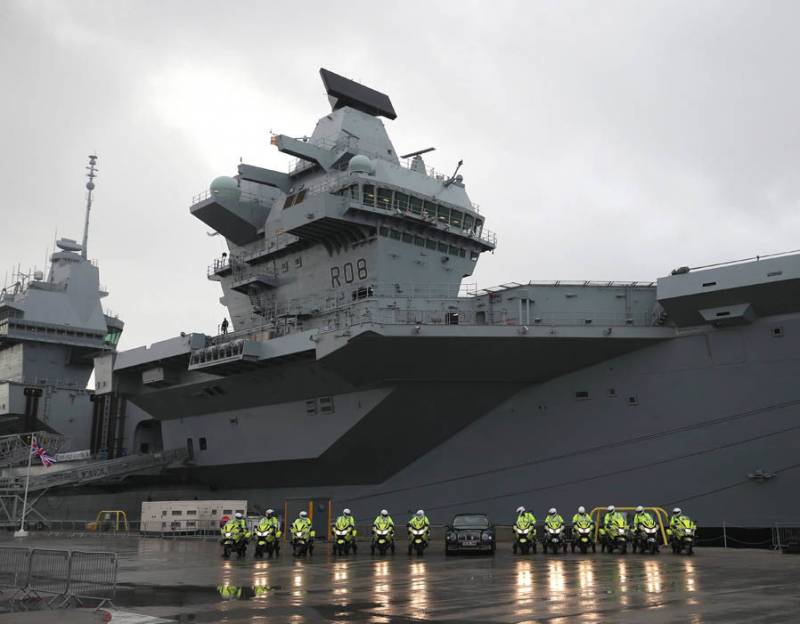 Ctrl Enter
Noticed oshЫbku Highlight text and press. Ctrl + Enter
We are
The British "christened" a new aircraft carrierUnexpected guests in the control zone of the Pacific Fleet of Russia and the Chinese Navy. British AUG at the gates of the Great Pacific Game
Military Reviewin Yandex News
Military Reviewin Google News
115 comments
Information
Dear reader, to leave comments on the publication, you must to register.