December 8 2017
22
The Russian Defense Ministry aims to further develop relations with the Chinese military in all areas, said Defense Minister General of the Army Sergei Shoigu at a meeting with Deputy Chairman of the Central Military Council of the People’s Republic of China Colonel-General Zhang Yusei, according to the Department of Information and Mass Communications of the Ministry of Defense of the Russian Federation


Sergei Shoigu congratulated Zhang Yusya on his appointment to this position and expressed confidence that his “solid experience as a staff officer will contribute to the development of the People’s Liberation Army of China”. 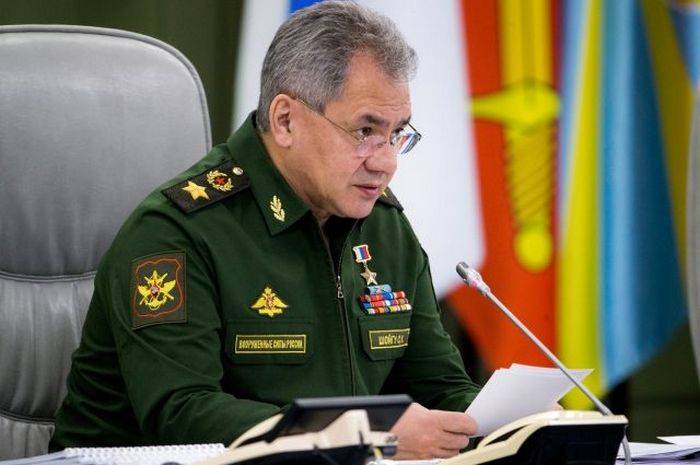 The Russian Defense Minister recalled that last year the 15 anniversary of the treaty on good-neighborliness, friendship and cooperation between Russia and China was solemnly celebrated.

An especially important role in bilateral relations is played by especially trusting relations between the leaders of Russia and China. Russian President Vladimir Putin, as the chief guest, participated in the One Belt, One Road Forum, which was held in Beijing in May. In July, the visit of the PRC Chairman, Comrade Xi Jinping, to Russia took place. In November, substantive talks between leaders on the sidelines of the APEC summit in Da Nang took place.
- noted the head of the Russian military department.

Sergei Shoigu stressed that Russia is paying close attention to the implementation of agreements reached at the highest level.

We are focused on the further development of relations between our military departments in all areas. I am sure that today's meeting will contribute to this.
- concluded the Minister of Defense of Russia.

In turn, Zhang Yusya also noted the good development of Russian-Chinese cooperation and expressed hope for the establishment of good personal working and friendly relations in the future.

On the eve, President Vladimir Putin met with Zhang Yusya. The head of state assured that the strategic partnership with China remains the most important direction of the Russian foreign policy.