Malta - the province of Russia 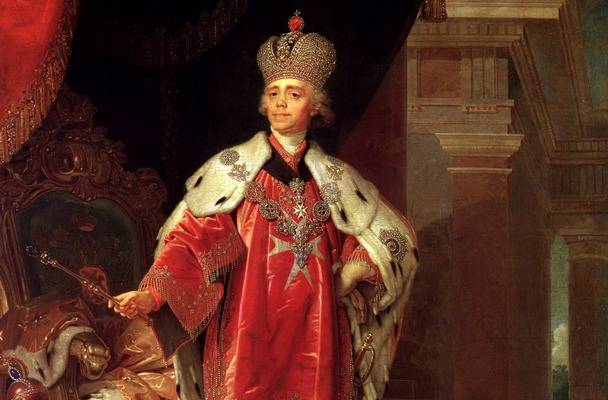 Vladimir Borovikovsky. Portrait of Paul in a coronation vestment, 1800. On the emperor - signs of the Order of Malta


After the Knights of St. John chose the Grand Master of the Maltese Order of Emperor Paul I, Malta formally became one of the territories of the Russian Empire

Contemporaries, who knew the Emperor Paul I, noted "features of chivalry in his character. It is these features that he elevated to the principle of his everyday and social behavior. ”

The idea of ​​Pavel Petrovich’s chivalrous idea was especially vividly manifested in his relations with the Order of St. John, a Christian historywhose knights fought against the Muslim invaders and repelled raids by North African pirates. Despite the unfavorable circumstances, the Order managed to survive, the island Malta became the main place of its deployment, and when especially difficult times came for the Order, its leadership began to seek help from Russia and Paul I. And the Russian knight-emperor supported them, which, incidentally, corresponded not only its noble character, but also the national interests of Russia.

Already Catherine II was aware of the strategic importance of Malta and noted the need to have a Russian diplomat here: “for political reasons, to contain ... a person’s attorney”. Under Catherine, Russia returned the status of a great maritime power, and in conditions of constant wars with Turkey, a naval base in the Mediterranean was extremely necessary.

At the same time, Malta has become a bargaining chip in the geopolitical struggle of England and France. The goal of England was to provoke the French military actions against Malta and thereby draw Russia into the war with France. It was not difficult to confront the Jacobins-anticlericals with the religious Order; in 1792, the Order’s activities on the territory of the French Republic were banned, property was confiscated, and six years later French troops captured the last stronghold of Johannites - Malta.

For Emperor Paul, who had been the protector of the Order since August 1797, the occupation of the territory he had vowed to defend was a personal challenge. Russia joined the anti-French coalition, in November 1798, Pavel was awarded the title of Grand Master of the Order, and in December of the same year the knights elected the Russian monarch Grand Master of the Order of Malta. The Russian emperor thereby demonstrated Russia's readiness to assist the Catholics in the fight against godless Jacobins.

Despite the fact that such an appointment cannot be called legitimate, firstly, according to the statute, the Order can be headed only by a Catholic, secondly, some Spanish and Italian Johnites did not recognize his election, the Roman pontiff Pius VI recognized this election and called the Russian emperor a "friend of humanity and protector of the oppressed. "

The grandmaster provides refuge in Russia to the Knights Hospitallers, Malta is declared protected by Russia, and Andrei Nikolai, president of the St. Petersburg Academy of Sciences, is assigned the island of Malta on the maps and calendar as the province of the Russian Empire. A year later, in St. Petersburg, St. John’s will transfer the ancient Christian shrines: a piece of the tree of the Cross of the Lord, the Philerm Icon of the Mother of God and the right hand of St. John the Baptist. The emblem of the Order will be included in the draft of the updated State Emblem of Russia.

As part of the anti-French coalition, in December 1798, two agreements were signed, in which Russia, England and Naples agreed on the procedure for introducing garrisons into the occupied Malta. Valletta, the capital of the island, was to be occupied by the Russian garrison, and the island was governed by a military council, in which the key posts belonged to the Russians.

Russia fulfilled its obligations to the allies, but the British violated them. They inclined the King of Neapolitan, who, thanks to the Russian sailors, returned his possessions, to abandon the treaty and not to transfer the island to the control of a foreign power.

The Russian squadron, which liberated the Ionian archipelago and southern Italy, was ready to knock the French out of Malta. Fyodor Ushakov wanted to end the Mediterranean march by storming the last French outpost on the Mediterranean.

“I am very incomparably regretful that our affairs and preparations in Malta’s argument were upset and, so to speak, all the work was lost,” the celebrated admiral noted with bitterness. 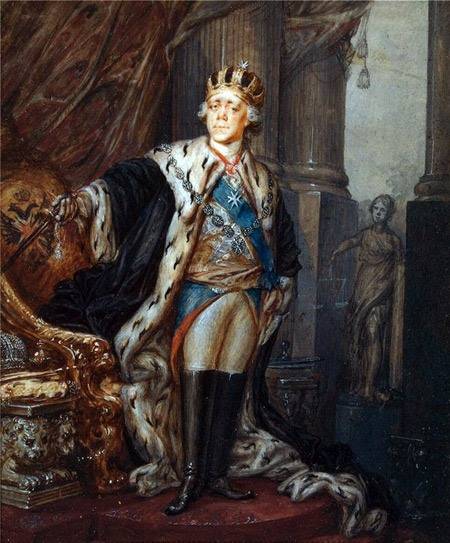 Stepan Schukin. Portrait of Paul I in the costume of the Grand Master of the Order of Malta, 1799

Paul I did not unreasonably believe that today's ally could suddenly turn into an enemy and strike at our the fleet, therefore, ordered the squadron to return home. The British were captured by Malta in August 1800, and the island was in their hands for over a century and a half.

Russian diplomacy delivered a reciprocal and rather tangible blow to the treacherous ally. The geopolitical alignment and allied blocs began to be rapidly restructured, Petersburg decided to establish diplomatic relations with Paris. An experienced diplomat Kolychev was sent to the capital of France, who managed to agree on the exchange of prisoners; the French, for their part, released 8 of thousands of Russian prisoners of war. There was a discussion in the plans and the fate of Malta, obviously, in resolving this issue, Napoleon would go to meet Russia (which confirms the subsequent agreement on providing Russia and France with “freedom of the seas”).

However, while in Paris, Kolychev received news of the demise of Emperor Paul I, an English trace clearly appears in his death. England did everything to ensure that the base on the island remained behind her. To some extent, Malta cost Emperor Paul I life.

His successor on the throne, Alexander I, refused the title of grandmaster of the Order of Malta, and the legitimate reason for the entry of Malta into Russia was eliminated.