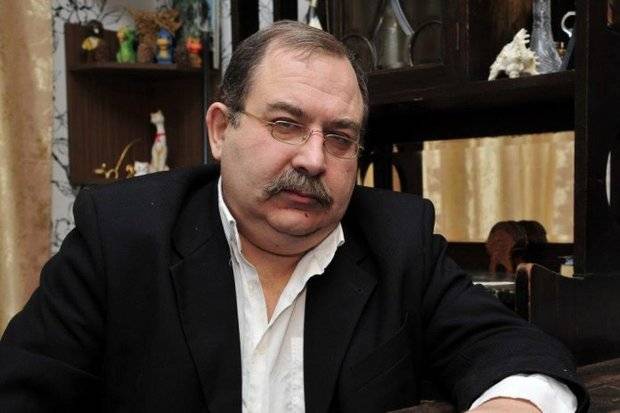 The idea of ​​the country's sovereignty was established in Westfal in the year 1648, after the Thirty Years War, which shook Europe from the year 1618. And it meant the legal right of the monarch and the government of each separate state entity to obey neither the authority of the emperor of the Holy Roman Empire of the German nation, nor the Roman papal throne.

Formally, etymologically, a nation in Latin is exactly the same as an ethnos in Greek is just a “tribe”. Historically, an ethnos began to denote a less broad community — a community of origin, culture, and general appearance, which is somewhat narrower than a tribe in which people with different ethnic origins can merge. A nation — a wider community, including a community of language, territory, culture, a certain beginning of political association — which itself only gives the nation’s previous level to the nation, plus the economic community, that is, the possession of the national market.

The formation of a nation can go different ways to raise the community. The main, Western European, went through the isolation of linguistic communities from the former religious and civilizational - serving the interests of emerging market communities, what became the national markets and modern European states.

That is, the principle of state sovereignty and the nation’s right to self-determination has become only the principle of political expression and the protection of the interests of the national market. And as a principle, the unifying became and was the principle of the progressive development of society - in addition to everything else protecting original national languages ​​and national culture.

The problem is that national markets, having developed and strengthened within the framework of national states, began to outgrow their borders, partly entering into competition with each other, partly mastering those economic and geographical zones of the land where such markets have not yet emerged.

To the extent that, by the end of the 20th century, a single world market had developed (although it had not yet been fully developed) and where a single world economic complex was taking shape, national sovereignty began to impede the development of the world market. The national community itself was deprived of its internal unity of the previously identified features: cultural-linguistic-historical unity to a noticeable degree has been preserved, and economic and market unity has been noticeably lost.

Perhaps the second and could effectively defeat the first, if not for two points. First, cultural, linguistic and historical self-identification strengthened and strengthened during the period of its economic consolidation, and at least for the time being played a valuable role. Secondly, national economies, uniting into the world space, sometimes even winning in comparison with the previous state, but often also losing, in any case turned out to be in a mutually unequal position with each other.

The stronger began to dominate, the relatively weaker were subordinate. The subordinate can no longer claim sovereignty — that is, the sovereign vassal system is restored under these conditions. Vassals can be more influential or less influential, a sovereign can reckon with some more, with another less, but not even those who are stronger from a traditional economic point of view dominate: who has stronger production, who produces better or cheaper ones, or more necessary goods, not even the one who has more modern technologies - but the one who holds in his hands the lines of communication and management of this united economy.

A nation-state that does not belong to this system will not be able to enter it on an equal footing and retaining its national sovereignty. If its economy exists as weak, it will have to comply not only with the rules, but with the interests of the stronger ones, rely in the world economy on a deliberately supporting role, on the fulfillment of the will of the owners of this system.

If it does not stand up to competition with the subjects of the world economy, its economy will be destroyed, because it will not be able to give the world market what is in demand there.

If it turns out that it can withstand this competition, it means that it will be detrimental to those with whom it was able to compete and it will be destroyed by older, established and having a powerful potential for forcing submission to the economic actors of this market.

Hence, in the end, a simple dilemma: either national sovereignty or inclusion in the world market — one cannot be politically sovereign when set to economic subordination. And you can not economically fit into the world market, refusing to obey its rules. More precisely, it is possible - but only outside this market, becoming economically stronger than the whole of this market. Which, probably, is possible - but it is problematic and is not yet seen for Russia.

Autarky today is considered to be unacceptable, impossible and ineffective, although in reality this statement today is neither proven nor disproved - this is today only the dominant point of view, rather, the character of an established stamp. However, the question is different.

The question is not autarky and not self-isolation, although if a nation lives in a sick external environment, which has been shaken by crises every 6-8 years, it turns out to be three possible options for fate: to shake with external crises and suffer in unison with its neighbors, to try to forcibly cure its neighbors who do not want to be treated, to fence themselves off from them with an obstacle impenetrable to the carriers of the infection, ruthlessly isolating on their territory those who themselves turned out to be a similar carrier.

The question is that in order to ensure political national sovereignty, economic national sovereignty must be created. That is, an economy that is fundamentally not dependent on the world market, will be able to meet the needs of society on its own basis and provide society with a level of material well-being that at this stage will be perceived by society as sufficient and reasonably justified.

This economy either needs to be built for a national market, autonomous from the world market, or in general - which is better - should go beyond the market, become non-market, super-market, post-market - just like any giant corporation operating in the world. the market, within itself is extremely far from proper market relations. And precisely because it wants to remain subject-sovereign in the global market space.

This does not mean the requirement to leave world trade and the world economic space, it just has to, if the nation wants to maintain its sovereignty, be considered not as the main economic activity, but as extra earnings, part-time work, something that gives unplanned additional funds, and not the main article income.

In any case, one has to choose: either national (political, cultural, economic) sovereignty, or economic collaborationism and obedience to the requirements of the world market. And, accordingly, what is more important - national sovereignty or the benefits of the role of a vassal in the global market space.