December 8 2017
23
The patrol icebreakers of the 23550 project, which will build the Admiralty Shipyards for the Russian Navy, will be equipped with the Manul hovercraft of the 23321 project, reports "Kommersant"


Boats will be built by the Neptune Central Design Bureau, which has been designing SVP for various purposes since Soviet times. The "Manulas" were developed on the basis of the Pardus SVP, supplied by the design bureau of the RF Ministry of Defense. 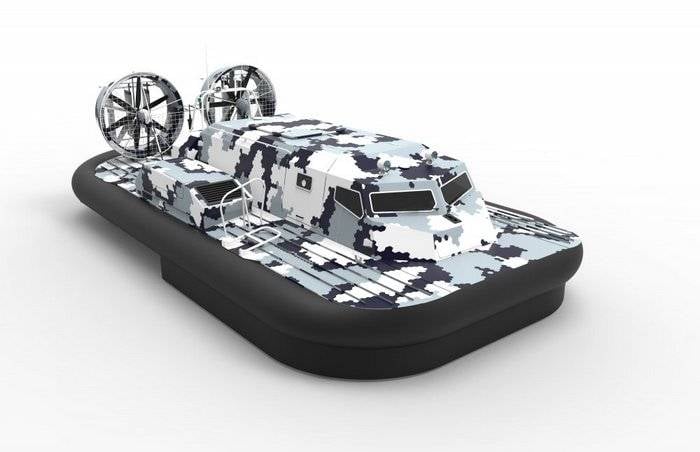 According to Konstantin Kuksin, Director General of the Neptune Design Bureau, Manul differs from the base model, in particular, with a reinforced aluminum case and composite armor. The head Manul has already been laid on the production site of the Central Design Bureau located on the territory of the Northern Shipyard. He will be put on the head patrol ship "Ivan Papanin", laid down at the Admiralty Shipyards this spring. The second SVP is intended for the ship "Nikolai Zubov", the bookmark of which is scheduled for 2018 year.

According to the calculations of the creators, "Manula" will be able to reach speeds of up to 45 km / h, having a cruising range of 300 km. Capacity 12 people.

The first SVP, according to Kontantin Kuksin, will be handed over to the Admiralty Shipyards in the second quarter of 2019, the second - no later than February 1 of the year 2021. The long period of construction is due to the design and testing of the boat, which is made for the first time.