USC can be replenished with two Crimean plants 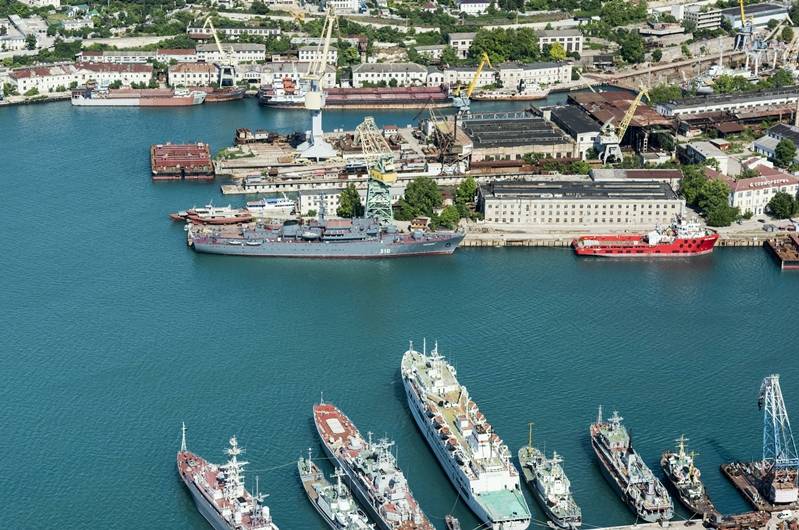 “But if the 13 th SRH in 2016 completed contracts for 2 billion rubles, then the 771 th RZSS is burdened with wage arrears and has no orders to correct the situation. The military, the managers of the factories, agree to give them to the USC, which will be responsible for the implementation of contracts for the Black Sea Fleet, ”the newspaper writes.

The USC has already fallen under Western sanctions, and due to the inclusion of new Crimean assets, the restrictions are unlikely to increase.

The transfer of the factories of the corporation is scheduled for 2018 year, said the director of the Department of Economics of Sevastopol Elimdar Akhtemov.

According to him, it is supposed to "create a ship repair, shipbuilding cluster in Sevastopol."

USC plans to create a single shipbuilding system in Sevastopol and, as I understand it, in the Crimea: each company will have its own profile. If the Sevmorzavod (a branch of the Zvezdochka shipbuilding center) specializes in the repair of large ships, then these enterprises will work along a different profile. This is done so that there is no competition between plants, that they are not dumped, that orders are distributed evenly,
explained Akhtemov.

A source in the General Staff of the Navy said that the transfer of two USC factories is logical, since the military do not consider it necessary to contain repair facilities.

And since the plants will be able to rely on funds from the state program to support the defense industry,
he said.

Ctrl Enter
Noticed oshЫbku Highlight text and press. Ctrl + Enter
We are
Armament and equipment acquired for the modernization of the "Admiral Nakhimov"
Military Reviewin Yandex News
Military Reviewin Google News
29 comments
Information
Dear reader, to leave comments on the publication, you must sign in.