December 8 2017
28
The company JSC "Remdizel", supplied the Ministry of Defense of Russia ten armored vehicles of the "Typhoon-K" family. This is the first delivery of these vehicles into service after factory testing. 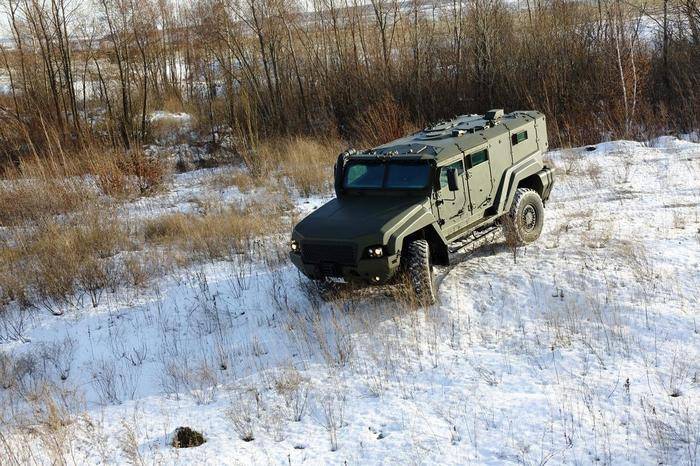 The company announced in its press release that it supplied ten Russian armored vehicles of the Typhoon-K family (K-53949, wheel formula 4х4) to the Ministry of Defense of Russia. This is the first delivery of these vehicles into service after factory testing.
- Reported in the press service of JSC "Remdizel."

K-53949 armored cars are designed to solve the tasks of comprehensive support of combined-arms and special units, including peacekeeping units, under various conditions. Can be used to transport personnel and cargo. The car has high combat and operational characteristics, high handling, speed and maneuverability on all types of roads. Multipurpose armored car has protection against small arms and explosive devices. The vehicle platform is a universal base for the installation of various security, reconnaissance, fire support equipment.

Delivered batch of cars will begin to be used in the Russian Armed Forces in 2018, the blog bmpd reports