Gaza struck at Israel, Israel - at Gaza. Thanks, Trump!

December 8 2017
96
The press service of the Ministry of Defense of Israel reports on the reaction of the country's armed forces to yesterday's shelling by the Gaza Strip. It is noted that for targets explored in Gaza, representing the objects of the militarized wing of Hamas, were inflicted aviation blows. After that, the positions of those who are called militants in Israel opened fire from tank.


The shelling was carried out at two sites on Palestinian territory. Recall that on the eve of the decision of US President Donald Trump to recognize Jerusalem as the capital of Israel in the Palestinian territories, mass protests broke out. The most ambitious took place in Ramallah and Gaza. A few hours after the start of these actions, several unguided rockets were fired across Israel, which Israel called an act of aggression, in which it would give a harsh response.

It is noteworthy that not all missiles fired from the Gaza Strip fell on Israeli territory. One of them was torn apart within an enclave of Palestine. Victims and destruction are not reported. According to updated data, the missiles were not intercepted by Israeli missile defense systems. 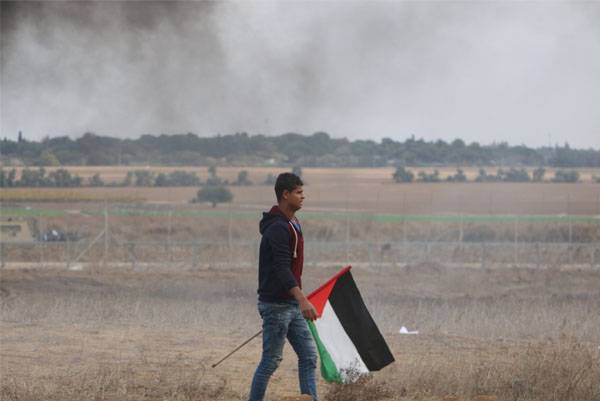 Recall that today in Palestine declared the so-called "Day of Wrath." He is planned to be supported in other countries of the Muslim world.

Ctrl Enter
Noticed oshЫbku Highlight text and press. Ctrl + Enter
We are
96 comments
Information
Dear reader, to leave comments on the publication, you must to register.