Carefully, the doors are closing: UN liquidates the Himatak investigation commission in Syria

December 8 2017
9
The United Nations Secretary-General, Antonio Guterres, announced the liquidation of the Joint UN-OPCW (Organization for the Prohibition of Chemical weapons) to investigate chemical attacks in Syria. 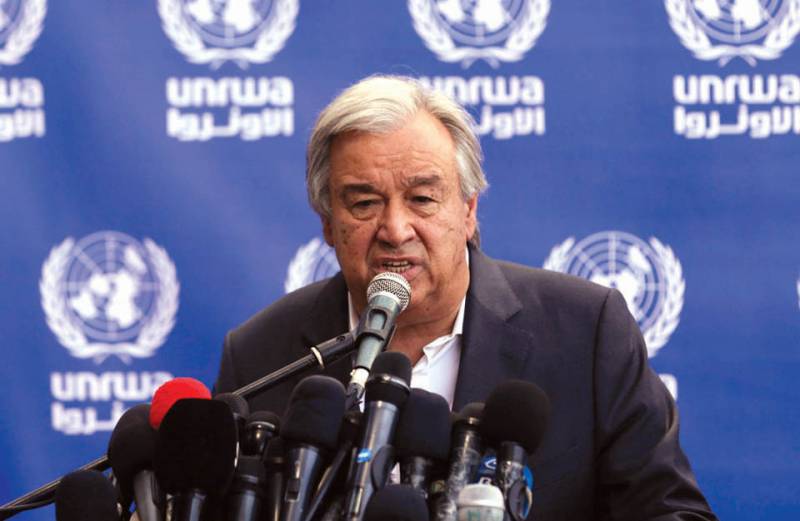 In a published message on the website of the international organization, it is noted that the commission has begun to archive documentation and liquidate assets in accordance with the requirements established by the UN.

Recall the decision to establish a Joint Investigation Mechanism (IDA) for chemical attacks in Syria was made by the UN Security Council in August 2015. During their work, the experts have prepared seven reports on the investigation of the use of chemical weapons, four of which were the official Syrian authorities.

The findings of the IDA, due to the bias and lack of professionalism of the specialists who trained them, have been repeatedly criticized by Russia, Iran and other countries of the United Nations. The most significant was the incident with the use of poisonous substances in the city of Khan-Sheikhoun (April 4 2017).

At the end of October, the commission blamed the official Damascus for the incident. Tellingly, for more than six months the experts did not visit the town where the incident occurred, citing this decision with considerations of their own safety. In addition, the inspection was not conducted at the air base El-Sheyrat, which, according to allegations made by pro-Western elites, was dealt a strike by the Syrian army. However, these circumstances did not prevent Edmon Mulet, head of the UN-OPCW Joint Commission, from stating that the investigation findings were presented in full (!) Scope.

Recall that a month earlier, in the UN Security Council, heated discussions were held on resolutions on extending the work of the RMC, as a result of which the parties did not manage to reach a compromise. On November 17, Moscow blocked the US initiative to keep the commission’s activities unchanged. In turn, Washington rejected the draft of the Russian side, which proposed to make changes to the further operation of the RMC. Last week, the Permanent Representative of Japan to the UN, Koro Bessho, announced Tokyo’s intentions to submit to the Security Council a draft of such a mechanism to investigate himatak. In the meantime, the organization that has exhausted its trust is winding down its activities.

Analyzing the current situation, to say that in the event of the start of the work of the new commission, it will be given the same broad powers as the predecessor is hardly appropriate.

As experience has shown, the myth promoted by the international coalition about the presence of chemical weapons at the SAR army proved to be an unconvincing tap, as demonstrated by the investigation of the incident in Khan-Sheikhun. In addition to the quality of the work done by the joint UN and OPCW mechanism and the inconclusiveness of the conclusions, the principle: “the one who benefits” cannot be disregarded. As you know, the only beneficiaries in the situation with Khan-Sheikhun were the Western elites, who actively disseminated this topic to discredit the official authorities.

Thus, to create a new organization in the West now there is no urgent need. True, it is necessary to make some reservations here, testifying that a certain interest is still present among the US and allies.

Today, it is highly likely that the Syrian army and allies will be conducting a military operation in the province of Idlib, which may begin soon. According to sources, in these areas militants "Dzhebhat al-Nusra" have warehouses and storage facilities with toxic substances and, apparently, are already waiting for the active attack of the SAR army on the positions of terrorists and are actively preparing to use "chemistry." Be that as it may, if the radicals implement this scenario, the new organization will once again find the guilty in the wrong place.

However, it is safe to say that the commission (in the event of its formation) will no longer have the same powers as its predecessor, who had the status of an official UN representative. Previous experience has finally undermined the trust relationship between the permanent members of the UN Security Council and now the deployment of the new organization will require careful discussion of all problematic issues and, as a result, time. It seems more likely that the West will create a human rights movement following the example of the White Helmets, organizing independent investigations in the interests of the customer.

Ctrl Enter
Noticed oshЫbku Highlight text and press. Ctrl + Enter
We are
Russian Foreign Minister Sergei Lavrov on the resolution on Syria and relations with the United StatesWhat you didn't want to know about England
Military Reviewin Yandex News
Military Reviewin Google News
9 comments
Information
Dear reader, to leave comments on the publication, you must to register.