Do heroes need a great country?

December 9 2017
117
Speaking in a previous article about the existence of Ukrainian participants in the ATO, even though some expressed the opinion that the material “smacks”, but the main message was the same: we lost the information war with a crash. And today we have on the other side those we wrote about. Young veterans, self-righteous and caressed by the state. 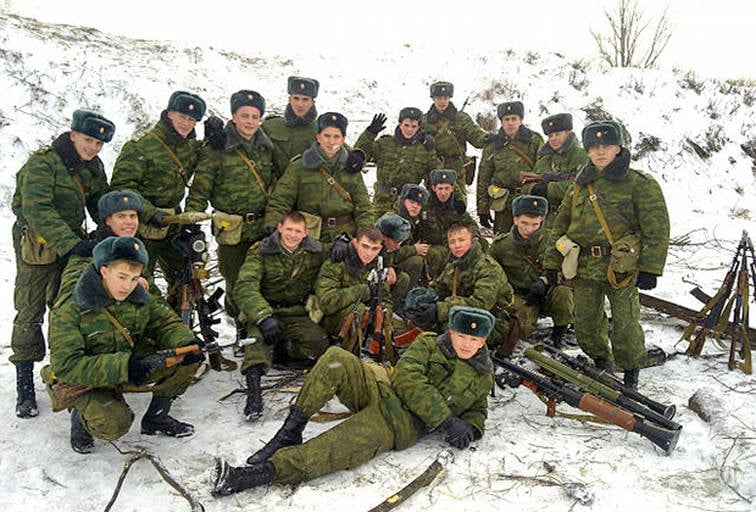 In general, we don’t give a damn about ukrovoinov, even if they give gold panties to Poroshenko. The fact is that patriotism, supported by privileges and thanks, is doing its job.

Yes, of course, somewhere in the bus someone got in the face. We admit. We agree with the reader’s opinion that any route-maker organically and sincerely hates free-wheeling beneficiaries. This is normal. The point is not that. And not even in a fairly large number of normally-minded people in Ukraine.

The bottom line is that the army, which sees the Russian enemy, is. Young, trained, past war. Patriots of Ukraine. And it is not treated and does not outbid. No, it is treated, of course. The bullet.

Here the approach is important. And, unfortunately, the approach in Ukraine is absolutely correct. Clear. They have an enemy, and there are heroes who are fighting with this enemy.

And we have? How about this?

Yes, everything is fine with us. Simply no. Neither there nor there not. Heroes simply do not, because they are not there.

So it is in our country.

How many of our soldiers and officers were in "ikhtamnetah"? In Soviet times, in modern times? This is not only about Ukraine. It is about Yemen, Africa wholesale, Abkhazia, Syria. In Crimea, an excellent and bloodless work was recognized a year later, when everything was settled down.

A strange policy towards a soldier, isn't it? Officially you were not there, and in your documents about it is nothing. And in order for you to remember this, get a non-disclosure subscription.

Isn't it strange? The murderers of the civilian population from the terbats and the Armed Forces of Ukraine, who have so weakly robbed the population, and the members of their families, are provided with the state. At the level of the law. Good or not - we do not care. For the veterans of the ATO somehow the soul does not hurt at all.

But for their insulting. Kiev regime recognizes its, and our state?

Our, at best, also do not care.

And maybe worse, by the way. We give for comparison of personality. Konstantin Grishin and Yury Budanov.

First everyone knows how Semyon Semenchenko from the Donbass Terbat. A native of Sevastopol, convicted, sitting, forged biography and documents. Cases of Semenchenko are known to everyone, it’s not worth messing up the page.

But what is the result? Despite the fact that S. Semenchenko is a pseudonym, he is a Rada deputy and an order bearer.

And Colonel Yuri Budanov. Also, by the way, from the same edges. Khartsyzk Donetsk region. Thanked him in full. Three contusions left, the rest was deprived. And titles, and awards. And thrown as an atoning sacrifice under the bullets of a Chechen terrorist.

Feel, as they say, the difference ...

Bad example, some will say? No problem. Fortunately, we have “ichtamnets” on the site above the roof. In assortment. For example, a fighter who served a year in Abkhazia. Only not when the heroic procession was, in 2008, and when the camps with wool warehouses were galloping along the mountains. 2006-2007 years. Lucky, by the way, came back only with holes in the body.

And, for example, his colleague in zinc is back. And with the conclusion from the Ministry of Defense that died in an accident at the test site near Pskov.

There is a comrade who was doing something useful in Yemen. Yes, and the "Syrians" the number of tens already measured in the near environment. The latter, however, even paid the money. Already a plus.

I especially want to say about the latter.

Yes, our soldiers and officers are risking their lives for the freedom of the Syrian people. We all, and especially the leadership, just sleep and see how a peaceful Syrian farmer takes care of his melon or vineyard. Funny, isn't it?

There is only one category of our citizens who sleep and see something in Syria. Those who own "national wealth" in the form of oil, gas and other minerals for them. This is just to someone who wants colic to take over the Syrian transit pipe, the Syrian fields, the Syrian processing plants.

But they sit in nice buildings with all the comforts. Unlike those who produce their wealth.

But if we hear about the getters, then in the obituaries. And even then, not about all.

Ukraine was mentioned at the beginning of the article. When we began to study the "insides" of the new Ukraine, we unwittingly compared the situation here and there. In the previous article the subject of warrior education was discussed. The topic that we traditionally silenced. Why bring up if we are warriors genetically? It is enough to shout: "For the Motherland! For Stalin!" and the soldiers in unison ...

Honestly, sorry for our soldiers and officers. It is when you start to compare. Okay, first Chechen. It was nonsense, bordering on meanness on the part of our government. There is no other way to call it. But then?

Why, if our fighters who are fighting for a just cause, suddenly become "theirs" and almost mercenaries? Quietly so fighting "for state interests." Without publicity, without anything. With a nondisclosure subscription and a candy in the form of a transfer from a transit account in the left bank.

Inevitably, you start to wonder if these “state interests” are clean? And envy the soldiers of the Armed Forces of Ukraine. They are there. Whether they love them or not in Ukraine is a third thing, and absolutely not ours.

Our business is here in Russia. "Ichtamnets", closed awards and everything else.

And now the question is: where can the role models for the younger generations come from? Here in Ukraine they are. Good, bad, righteous, or executioners - but there is. In the squares, alleys of glory, in schools. About them in the classroom tell, if that. In compulsion.

And we have? And we have "ihtamnet." There are no heroes, no state ideology, no corresponding upbringing and education. There is nothing.

Yes, 75 years ago, our ancestors provided us with so many heroes that enough for ten generations.

The problem is that for those born today, this is more than an empty sound, unfortunately. The boy Kolya showed it perfectly.

Perhaps the great country does not need all that. And so come down.

Ctrl Enter
Noticed oshЫbku Highlight text and press. Ctrl + Enter
We are
Reports from the militia of New Russia for 27-28 September 2014 of the yearResults of the week. "Either true or all is well"
Military Reviewin Yandex News
Military Reviewin Google News
117 comments
Information
Dear reader, to leave comments on the publication, you must to register.